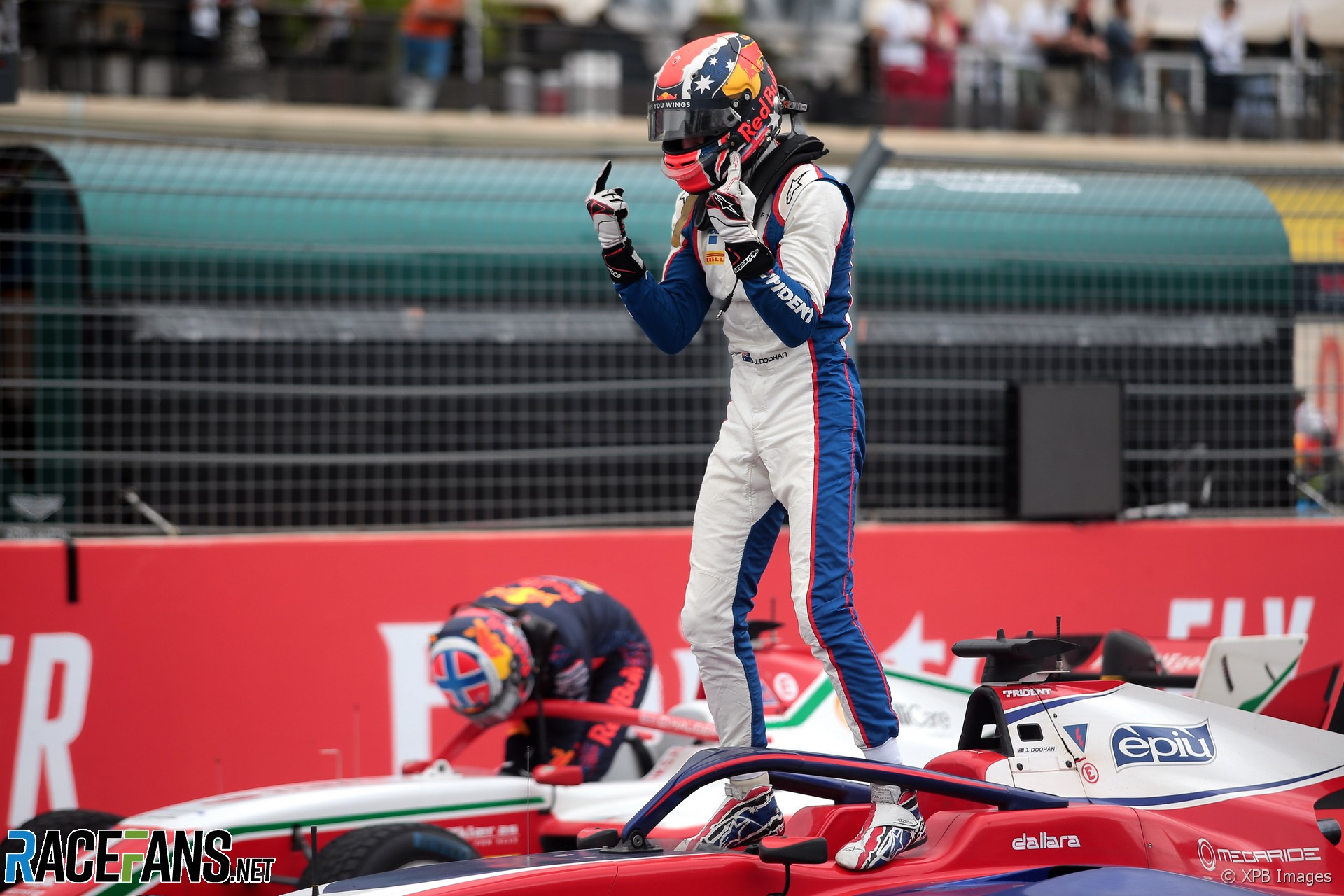 Jack Doohan and Olli Caldwell have joined the Alpine Academy and will race in this year’s Formula 2 championship after stepping up from F3.

Alpine announced the duo have joined their junior driver programme for 2022 following the departure of several former drivers at the end of last season. Guanyu Zhou has moved into Formula 1 with Alfa Romeo, Oscar Piastri took on reserve driver duties at Alpine after winning last year’s F2 title and Christian Lundgaard has switched to IndyCar.

Doohan and Caldwell competed in the FIA Formula 3 Championship last year, then moved up to Formula 1’s top feeder series at its two final rounds in Saudi Arabia and Abu Dhabi.

Doohan will join Virtuosi for the 2022 F2 season after two seasons in F3, the most successful of which being last year with the Trident team, in which the Australian finished second in the drivers’ standings behind champion Dennis Hauger after taking four race victories. He will race alongside Marino Sato in his debut year in the series.

Caldwell will join Campos to compete alongside Ralph Boschung. The 19-year-old raced two seasons in F3, with Trident in 2020 and Prema last season. Caldwell recorded a best championship finish of eighth in 2021, with a single race victory in Barcelona and appeared on the podium four times.

Doohan and Caldwell will join fellow Alpine Academy drivers Caio Collet and Victor Martins for the 2022, both of which will continue in F3 this year.

Before 2022, Doohan was previously a member of the Red Bull Junior Team, before leaving the programme at the conclusion of last year.

Alpine will unveil their new F1 car for the 2022 season next Monday 21st February, the final team – except for Alfa Romeo – to do so before the first pre-season test in Barcelona, beginning on Wednesday 23rd February.