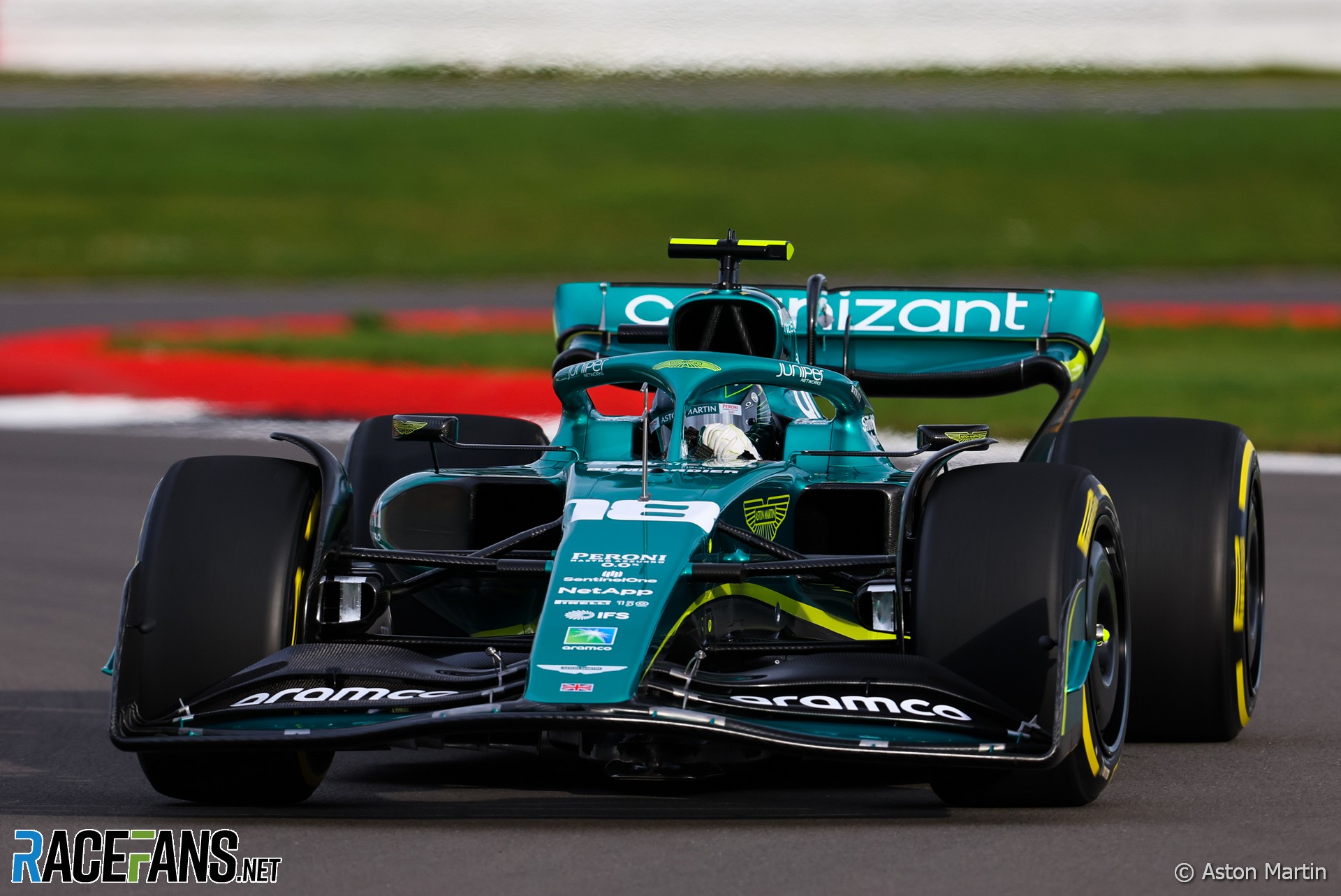 Lance Stroll says Formula 1’s new rules for the 2022 season have produced cars which feel very different behind the wheel after becoming the first person to drive one.

The Aston Martin driver took the team’s new AMR22 onto the track for the first time at Silverstone last Friday. The team used one of its two permitted ‘filming days’ to conduct a shakedown test of its first 2022-specifiction chasses.

“I didn’t know I was the first driver to get behind the wheel of these new cars,” Stroll admitted afterwards. “It feels great.”

Under the new rules teams have had to cut back the upper surface aerodynamics of their cars and instead rely on more heavily sculpted sections beneath the floor to generate the huge downforce which allows F1 cars to corner so quickly. The 2022 cars also run on 18-inch wheels instead of 13-inches and their suspension systems have been simplified.

The changes have been made largely to encourage cars to race together more closely.

“They’re very different, that’s for sure, they behave differently,” said Stroll. “But hopefully the racing is really exciting this season with the new cars and gives an opportunity for all the teams to come up with some new ideas.”

Aston Martin’s performance director Tom McCullough said the team made “an absolutely huge effort” to run the car on Friday following its launch the day before in Gaydon.

“It’s a huge regulation change. Nearly every component of the car – bar, I think, the steering wheel – is different.

“The car launched [on Thursday], it was then back to the factory overnight, it arrived here early in the morning.”

“It’s always exciting to be the first team to run,” McCullough added. “Obviously for us, we wanted to get a good systems check, make sure the car was all good, get both drivers in and make sure they’re comfortable with the seat fit.

“We don’t get a lot of valuable data from a day like [this] from a performance side, it’s just really reliability and systems checking and a good start to the year.”