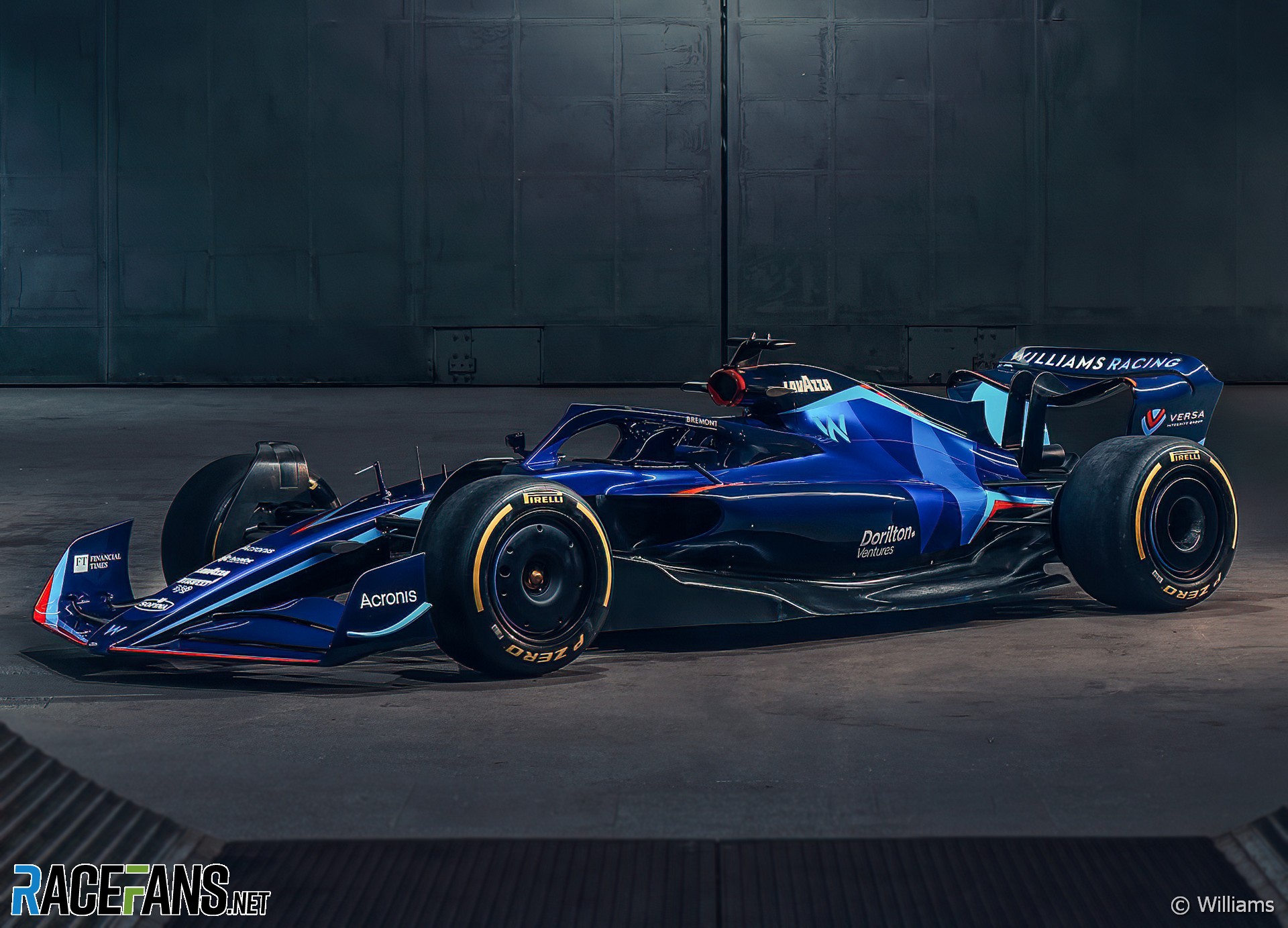 Williams has become the latest Formula 1 team to present its new look for the 2022 season.

The team revealed a revised, deep blue livery for its new car.

Williams head into the new season with a significant change in their driver line-up. George Russell, who scored the team’s best result for years last season with second place in the rain-hit Belgian Grand Prix, has left for Mercedes. His place has been taken by Alexander Albon, while Nicholas Latifi begins his third year at the team.

The team will continue to use Mercedes power units in 2022. And, for the first time, it has agreed a deal to run their gearboxes as well.

Williams CEO Jost Capito says the team’s revised livery represents a “transition to the future” for the team.

“The new visual identity of the 2022 car perfectly encapsulates these characteristics that the staff, drivers and fans have demonstrated time and time again,” Capito said.

“As we move into the new era of our sport, the FW44 highlights the transition to the future, as well as acknowledging the timeless qualities that make us who we are. Last season we were thrilled and proud to make such strong advancements as a team, with a number of well-earned points-scoring results in addition to a podium. Looking forward, we want to build on this success, and the FW44 perfectly embodies these ambitions to return to the front of the grid. I look forward to witnessing this progression with Nicholas and Alex at the helm.”