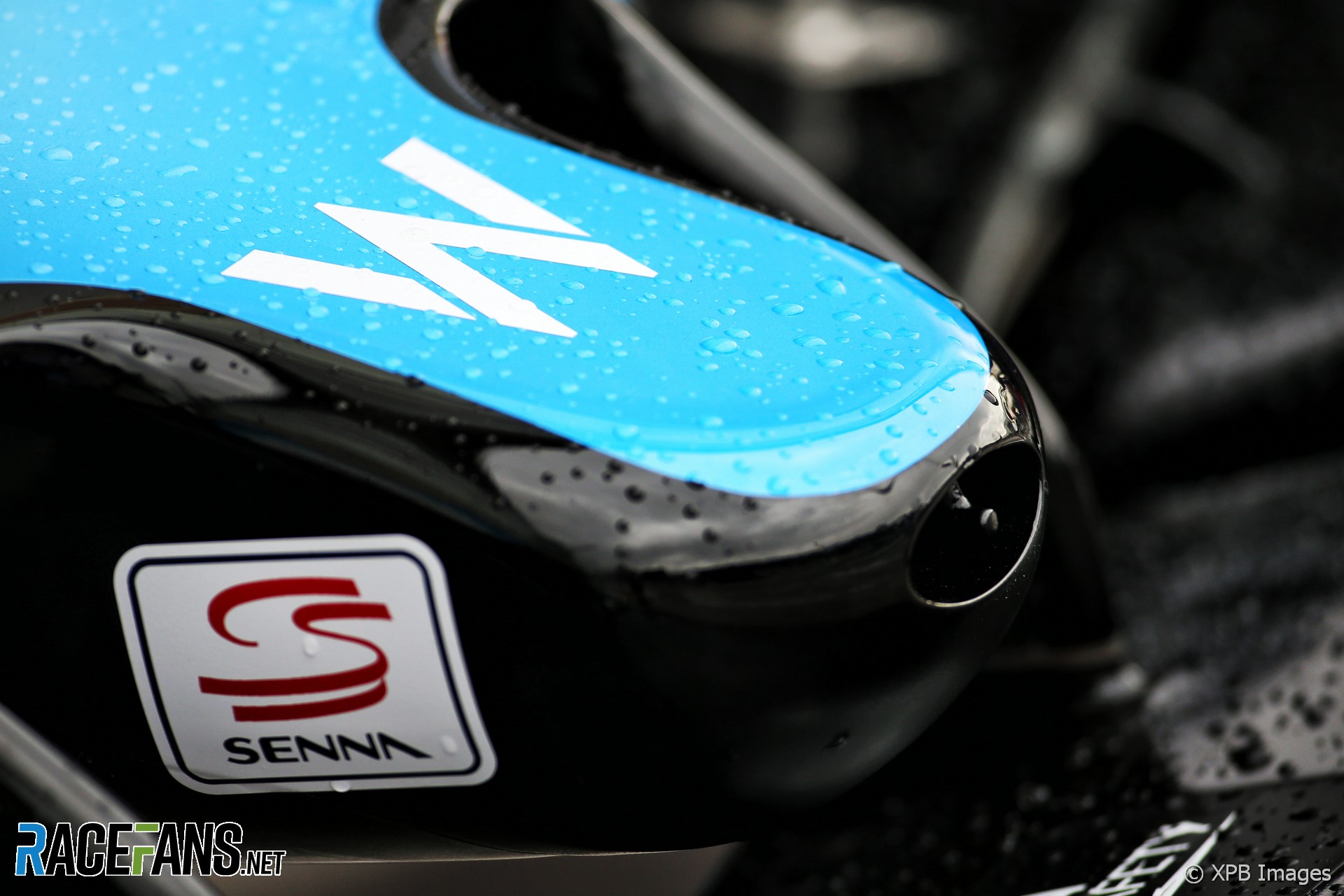 Williams CEO Jost Capito has confirmed the team will no longer feature a tribute logo to Ayrton Senna on the nose of their Formula 1 cars.

Since the death of the three-times Formula 1 world champion during the 1994 San Marino Grand Prix at Imola, while driving a Williams FW16, each subsequent Formula 1 car manufactured by the team has featured both Senna’s personal logo as well as a graphic of the driver with the slogan “Ayrton Senna sempre” – meaning “Ayrton Senna forever” in Portuguese.

However the logo is not present on images of the livery the team’s new FW44 will carry this year. Capito explained that the team will no longer run with the tribute to the team’s former driver on their cars moving forward.

“The decision was that we want to move on in the future,” Capito said. “We have a new era, we have a new car and we also refurbished our museum where have a special area to celebrate Ayrton.

“I think we had to look now to the future and not showing the drivers the ‘S’ every time they get in the car and being reminded of what happened. I think it’s now time for the team to move on and be very honourable to Senna and having a very dedicated space to him in the museum to honour him there.”

The decision, Capito says, was made without the consultation of the Senna family or the Ayrton Senna Foundation, a non-profit organisation to support underprivileged youth in Brazil which was set up by Viviane Senna, Ayrton’s sister, and currently run by Bianca Senna, his niece. But Capito said that the despite removing the tribute from their cars, the team will continue to support the Ayrton Senna Foundation.

“I think that there are more people that will benefit from this and if it can help people especially through the foundation and I think that’s a very good programme but it has to be still finally defined.”