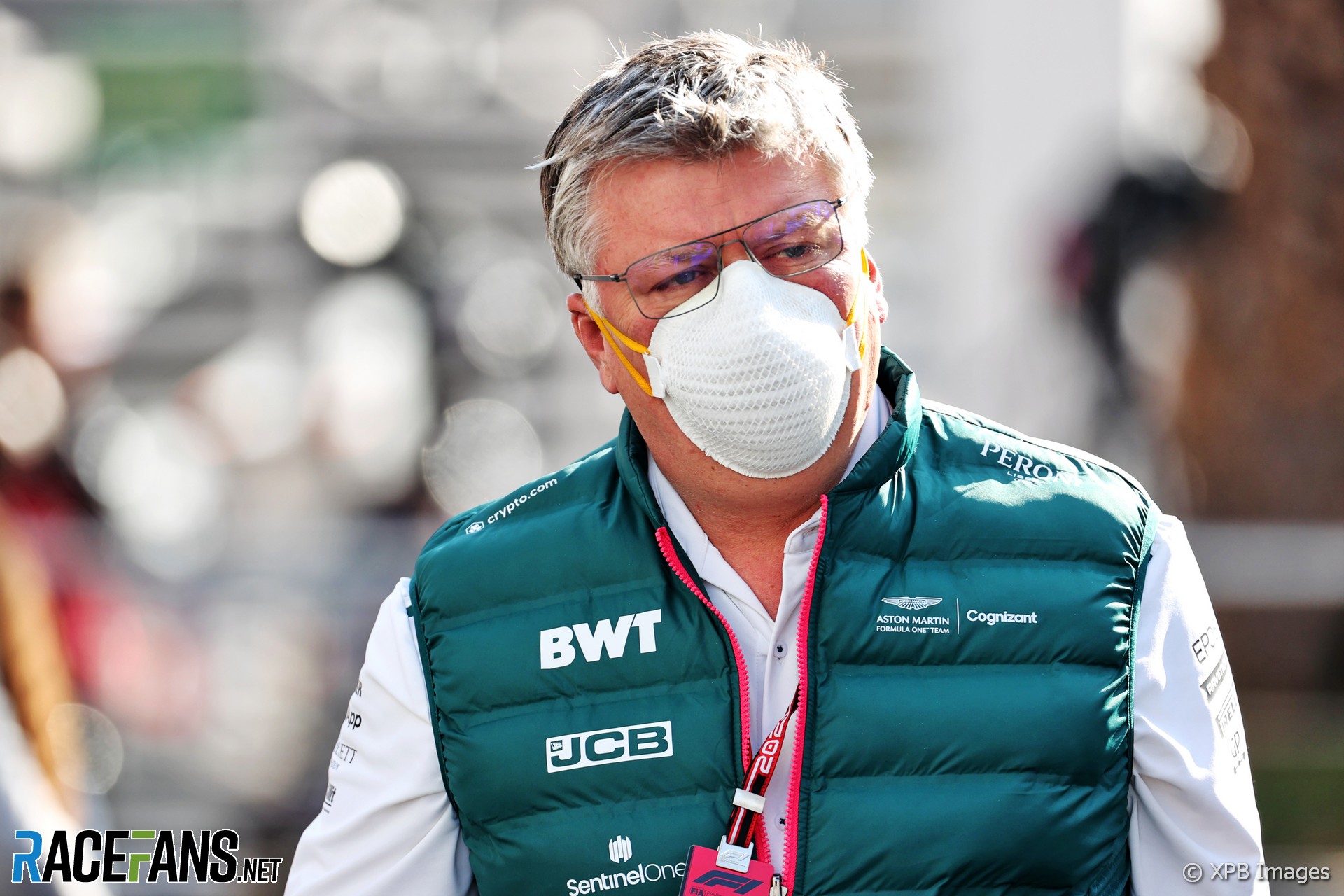 Alongside Szafnauer’s arrival, Bruno Famin – previously the FIA’s deputy secretary general for sport – will join the team as executive director of Alpine Racing, based at the team’s Renault power unit factory in Viry Chatillon. Both will report directly to Alpine CEO Laurent Rossi, who has overseen the team’s Formula 1 programme since Renault was rebranded for the 2021 season.

Davide Brivio, who joined Alpine from Moto GP team Suzuki in 2021, has also been named Alpine’s director of racing expansion projects to oversee the brand’s programmes across all international motorsport series, such as Formula 1 and the World Endurance Championship, as well as the Alpine Academy.

Szafnauer, who was previously team principal at Racing Point before their transition to Aston Martin last season, departed the Silverstone-based squad in early January. He says he aims to help Alpine achieve their aim of winning a world championship title within 100 grands prix of their rebranding.

“I am thrilled to join Alpine F1 team and ready to get to work with everyone to achieve our challenge: bring the team to fight for the championship within the next 100 races,” Szafnauer said “My attention is focused on preparing for the start of the season in Bahrain. As one of the three car manufacturers involved in Formula 1, Alpine is fully armed to achieve its ambition, I can’t wait to start the journey.”

Alpine CEO Laurent Rossi said that the team had now ‘completed’ its management line up with the announced restructure.

“With Otmar and Bruno joining the team, we move to a new level for 2022,” Rossi said. “Otmar will bring his unique experience in motorsports and his uncompromising desire to win, while Bruno’s proven track record in building technologies that make a difference in competition and their subsequent transference to road cars is critical for our project as a sports team and as a brand.

“Over the past year I have seen Davide’s talent to identify the best in people, and to make them perform as well as they can. I am delighted to utilise this unique skill across all existing Alpine assets and new ones we are just starting to explore. Our band of racers is complete and ready to bring the team towards its ambitious objectives in 2022.”

Alpine are due to unveil their 2022 car on Monday, before Wednesday’s opening test in Barcelona. The team retain their driver pairing of Fernando Alonso and Esteban Ocon from last season, in which they finished fifth in the constructors’ championship after taking a race victory at the Hungarian Grand Prix.