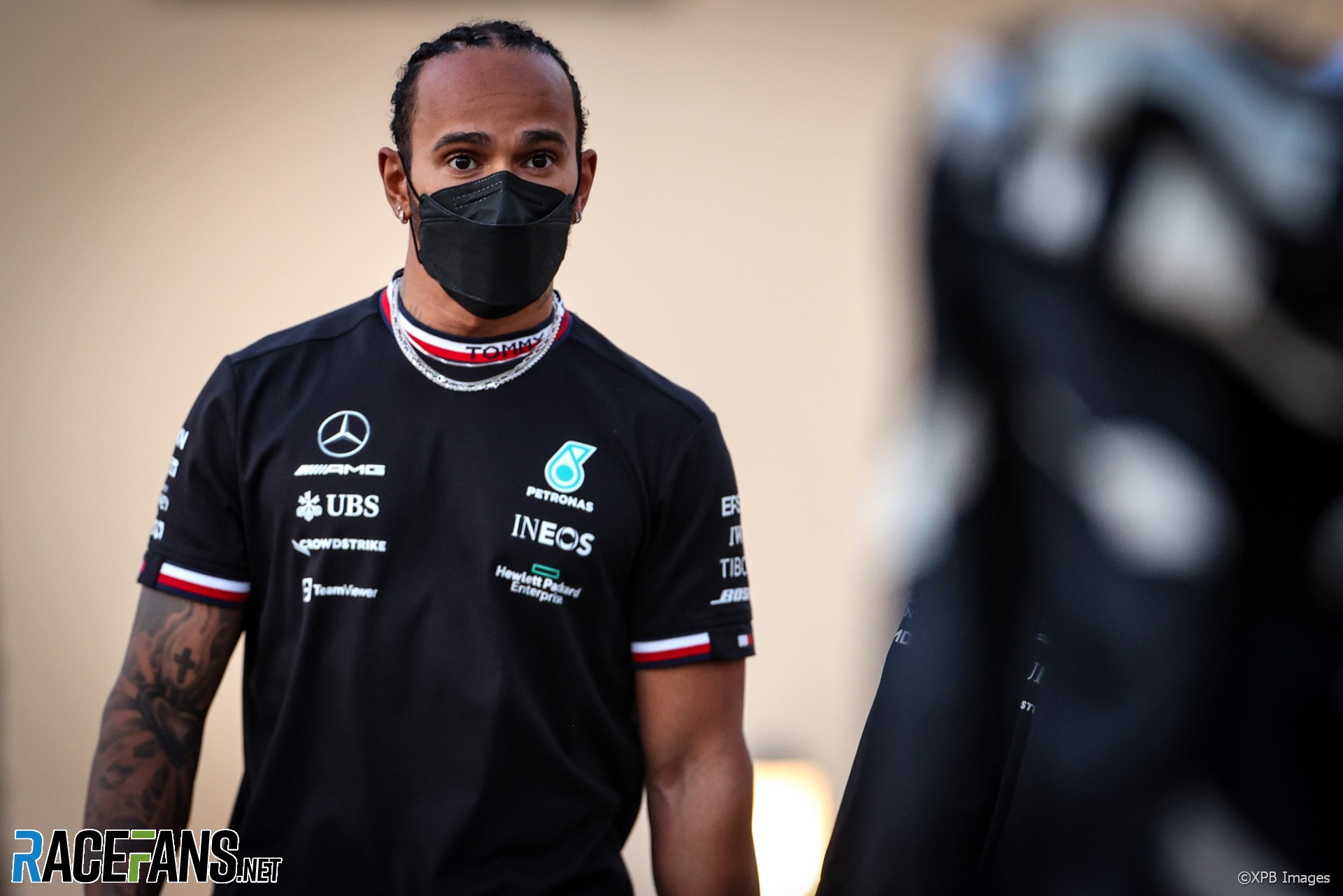 Lewis Hamilton says he needed to take a step back from Formula 1 during the off-season after he lost the 2021 world championship in controversial circumstances to Max Verstappen.

Hamilton had led the entirety of the title-deciding Abu Dhabi Grand Prix until a late Safety Car period. Former FIA F1 race director Michael Masi allowed the five lapped cars between Hamilton and rival Verstappen to un-lap themselves before restarting the race on the final lap, breaking with previous procedure.

The decision left Hamilton vulnerable to attack from Verstappen, who passed Hamilton on his old hard tyres and take the win and the championship.

Speaking publicly for the first time since Abu Dhabi at the launch of the Mercedes W13, Hamilton said that he never had any intention of not returning to racing.

“I never ever said I was going to stop,” Hamilton said. “I love doing what I do and it is such a privilege working with this large group of people and you really feel like you’re part of a family, a part of a team and you’re working towards that common goal. There’s no feeling quite like it.”

Hamilton explained that he took time with his family during the winter before deciding he was ready to ‘attack’ the new season and new regulations alongside new team mate George Russell.

“It was obviously a difficult time for me and it was a time where I really needed to take a step back and focus on being present,” he explained. “I had my family all around me creating great moments. I eventually got to a point where I decided I was going to be attacking again coming into another season and working with Toto and George.”

“It is exciting seeing George come in and bring his energy,” said Hamilton. “I can already feel that throughout the team and I think it’s going to be an exciting season.

“It’s always a positive when you have new blood, new energy. George has had an amazing career so far – not only in just getting to Formula 1 but what he’s done within Formula 1. I think it’s going to be exciting to see him grow and work with him.

“I’ve had him sitting behind me before at the desk when we’re working away on getting the setup on the race weekend. Now I’m working naturally opposite from him, but collaborating with him and hopefully steering the car in the same direction. So yeah, I’m excited for that.”