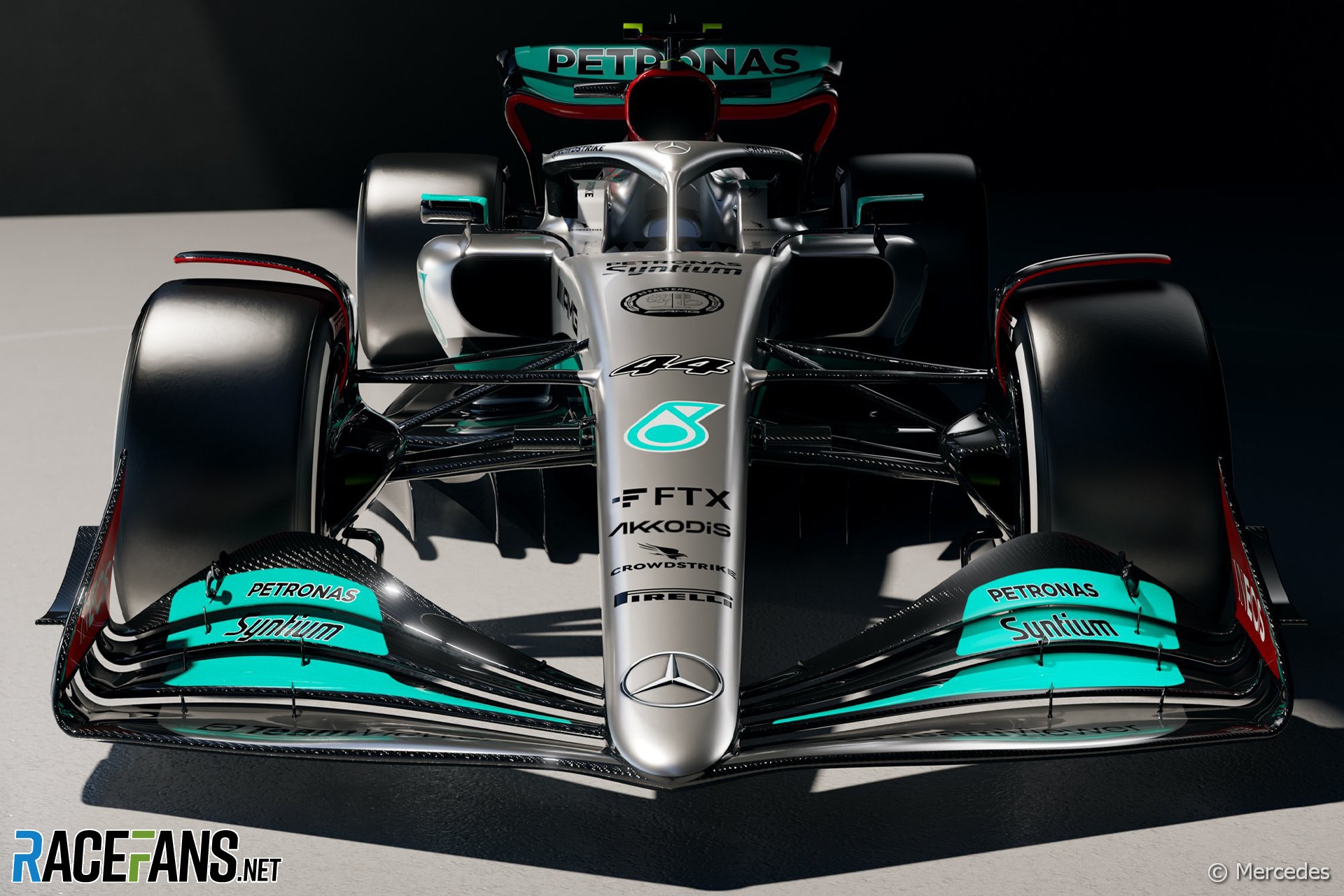 Toto Wolff says that Mercedes will adopt black as part of their permanent colour scheme after reverting to a traditional silver livery for 2022.

Mercedes have raced in their traditional silver paint scheme since their return to Formula 1 as a factory team in 2010, but have raced in a predominantly black livery over the last two seasons.

The change to black was prompted by a wave of protests against racial inequality in the spring of 2020, which led to Formula 1 itself to launch the ‘We Race As One’ programme designed to celebrate diversity and inclusion within the sport.

Mercedes driver Lewis Hamilton, a multiple world champion and one of the most internationally recognised black athletes, has been at the forefront of calls to increase diversity in Formula 1 and the Mercedes team itself, including people of colour, LGBTQ+ people and people of various religious and social backgrounds. In late 2020, Mercedes launched their Accelerate 25 programme, with the objective of ensuring that around one-in-four new hires to the team by the end of 2025 would be from recognised under-represented backgrounds.

Team principal, Toto Wolff, explained that the return to the traditional silver on the team’s W13 for the 2022 season was not an indication that Mercedes were letting off on their efforts to promote and celebrate diversity in the team.

“The black livery was a clear intent and a clear demonstration of our mission to become a more
diverse and inclusive team,” Wolff said “It has become part of our DNA, but the silver colour of the Silver Arrows is as much our DNA, it’s our history.”

Wolff explained that the team would adopt black as one of its team colours from this season. “As a team we have grown from the Silver Arrows to slowly becoming a more diverse and inclusive team and therefore our colours going forward will be silver and black,” he said.

Mercedes’ efforts to embrace diversity within the team were rooted in hiring “the very best” talent, Wolff says.

“Increasing the diversity of our team isn’t about meeting a quota,” he explained. “It’s about recruiting the very best people regardless of ethnicity, gender, religion and sexual orientation.

“Our work inspiring people who might otherwise think a career in engineering, technology or motorsport isn’t for them will widen the talent pool we have available. A diverse workforce drives performance.”