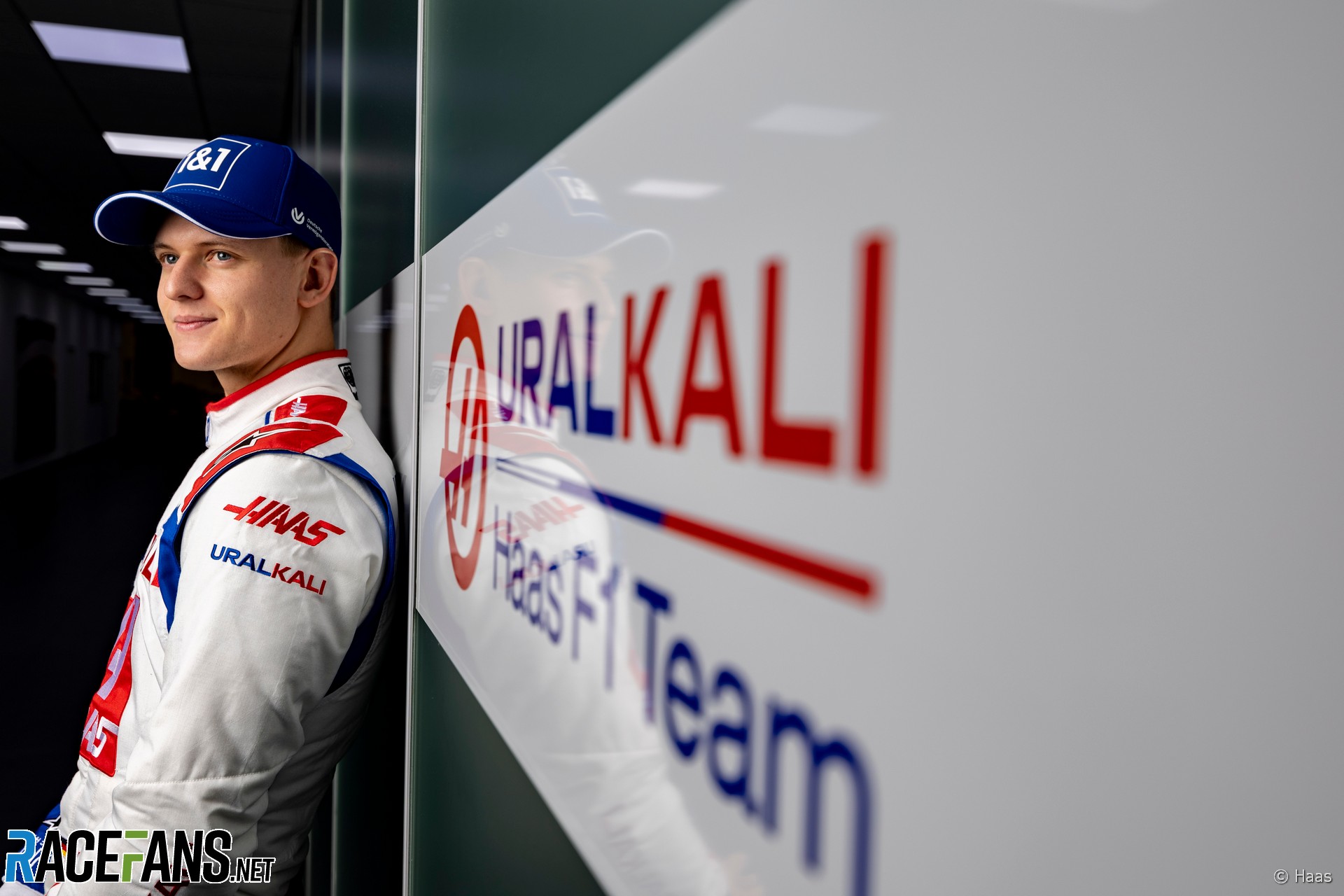 In the round-up: Mick Schumacher hopes that Haas will be able to compete for points regularly in 2022

Mick Schumacher says he hopes that he and his Haas team are able to score points regularly in 2022 after finishing pointless last year.

Haas finished bottom of the championship last season after forgoing all upgrades on their 2021 car to prioritise development on their VF-22 for this season. Schumacher believes the team have everything needed to make progress in 2022.

“I think it’s important to look back, to learn and to see what we could’ve done better,” said Schumacher. “Obviously this year is an important year. I think we have all the car tools in place, hopefully, which will bring us forwards and hopefully consistently in the points.

“I think it’s a year where everybody can show what they have. Obviously it’s new regulations, teams are now able to show that they’ve been working very hard and it kind of pays off. But same for the drivers. We are able now to show that we can adapt and adapt quickly to a new car and I think that’s something that I would set as a target: trying to adapt as quick as possible to the new regulations and a new car.”

Azerbaijan Grand Prix to reopen to fans in 2022

The organisers of the Azerbaijan Grand Prix say that fans will return to the race around the streets of Baku this season.

Tickets for the race around the city streets of Baku will be on sale from next Tuesday 22nd February, marking the first time that fans will have been able to attend the race since 2019.

The Azerbaijan Grand Prix missed the pandemic-affected 2020 season, but returned to the calendar last season. While the race took place, fans were not permitted to attend the event and the temporary grandstands overlooking the pit straight were never constructed.

This year’s event is scheduled for 12th June, the eighth round of the 23 race championship.

“I’ve been a die-hard fan of racing my whole life, and I now have in my hands the greatest opportunity I’ve ever had,” Benavides said. “I feel like, at the same time, my greatest achievements are closer than ever. I am going to give my maximum effort this season and make it one to be proud of.”

The British weather delivered. ☂️🌧 But we’re not going to be put off by a bit of rain. 😉 pic.twitter.com/qnz941tQu6

The report claims Porsche's return to F1 with Red Bull is nearing approval, and requires only the sign-off from the Volkswagen Group's supervisory bodies.

The moments that made Marcus Armstrong (Formula 2)

"When I first came to European karting, it was really special because I had to live on my own and fend for myself from the age of 13, so I learned to be very independent. I think naturally, from a young age, I have always been an independent person, but I was essentially thrown into the deep end. Racing every weekend and living alone was a valuable life lesson."

"We have been humbled by the positive reaction and feedback we’ve received from Williams fans across the globe and are now itching to get this season started. With the dust finally settling after launch,let’s take a look at some of the best photos from the wonderful week that was."

"From leaders crashing on their own to sudden lapses in concentration, travel back through Formula 1 history to recall some of F1 drivers' most unexplainable driving errors."

"The team was in Sebring Florida for their first and only test heading into the 2022 IndyCar season."

After the FIA announced major changes to F1’s handling of rules and penalties in races, reader Sandip has come up with a creative method of maintaining advantages lost by Safety Cars…

I have always wondered why is it not possible to restore the gaps as it were at the time of safety car deployment. It’s easy enough to record the gaps at that time. After the safety car goes back in, they could line up the cars on the grid in running order and flash the green light to each car after their respective gaps from the car in front. Drivers could attempt to roll up to the line if they think they can time the lights correctly (penalty if they cross the line too soon).

I’m sure there is something wrong with this idea; but I’m struggling to see what it is.
Sandip

29 comments on “Schumacher hoping for consistent points finishes in 2022”