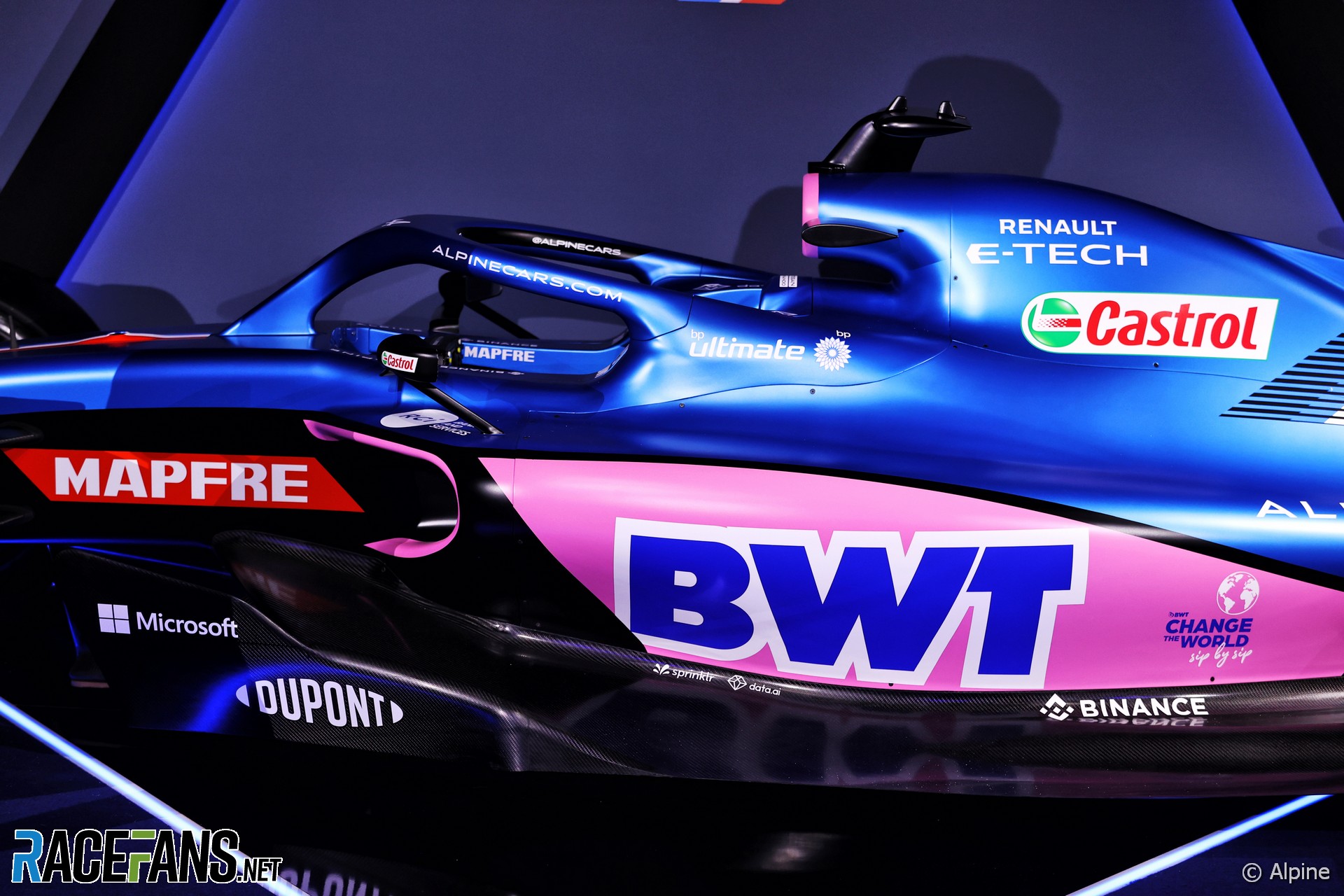 Alpine have found significant performance gains from the new power unit Renault has developed for the 2022 season, according to the team’s technical director.

Renault previously indicated it intended to adopt the layout used by Mercedes and Honda on their power units, in which the turbo and compressor are separated and joined by a connecting shaft, on its 2022 design.

Alpine’s technical director Matt Harman confirmed the team’s new car, presented today, was the result of an extensive re-think of its power unit.

“At the very beginning of these regulations we actually started with the power unit, mainly because it does set some of the key areas of the car aerodynamically,” said Harman. “We did a full review of this area of the car and we decided to change the architecture of that power unit extensively in all areas, including the internal combustion engine, the ERS system, the turbo and its positioning in the car.

“That has given us some real gains in terms of our ability to express ourselves aerodynamically and achieve the ultimate lap time of the car.”

Besides improving the performance of the power unit itself, Alpine also sought to make gains from its integration within the car.

“The RE22 is a power unit that we’ve reviewed back-to-front,” said Harman. “We have looked at every aspect of it in terms of its integration into the chassis, its base performance and the combination of the two.

“We’ve looked at the ERS system and its attributes. We’ve looked at the ICE, we’ve looked extensively on the structures that support the ICE. We’ve also looked at some of the electrical machines in terms of the MGU-K and also the turbo, making some quite big changes in that area to complement the A522 architecture and again, to allow us to extract maximum performance from both the power unit, the chassis and the combined product of the two.”

F1 power units will be frozen in specification this year, meaning manufacturers will not be able to revise them until they are replaced when new regulations arrive in 2026. Harman said the team therefore had to consider the likely future development direction of their car around hardware which will remain unchanged.

“It’s been an interesting programme because essentially with the power unit and also the integrated powertrain that supports it, we’ve had to look at what the performance of that power unit and how that will work for the car over the next X number of years,” Harman said. “And that’s given us some engineering challenges because we don’t fundamentally know everything about how we’re going to operate it.

“So we’ve had to make some simulations and we’ve taken some conclusions from that to enable us not only to design the power unit, but also design the transmission that is linked to it and how that transmission will need to change based on the aerodynamic developments that we’ll continue moving through, even though the power unit may be homologated and frozen at the 2022 stage.”