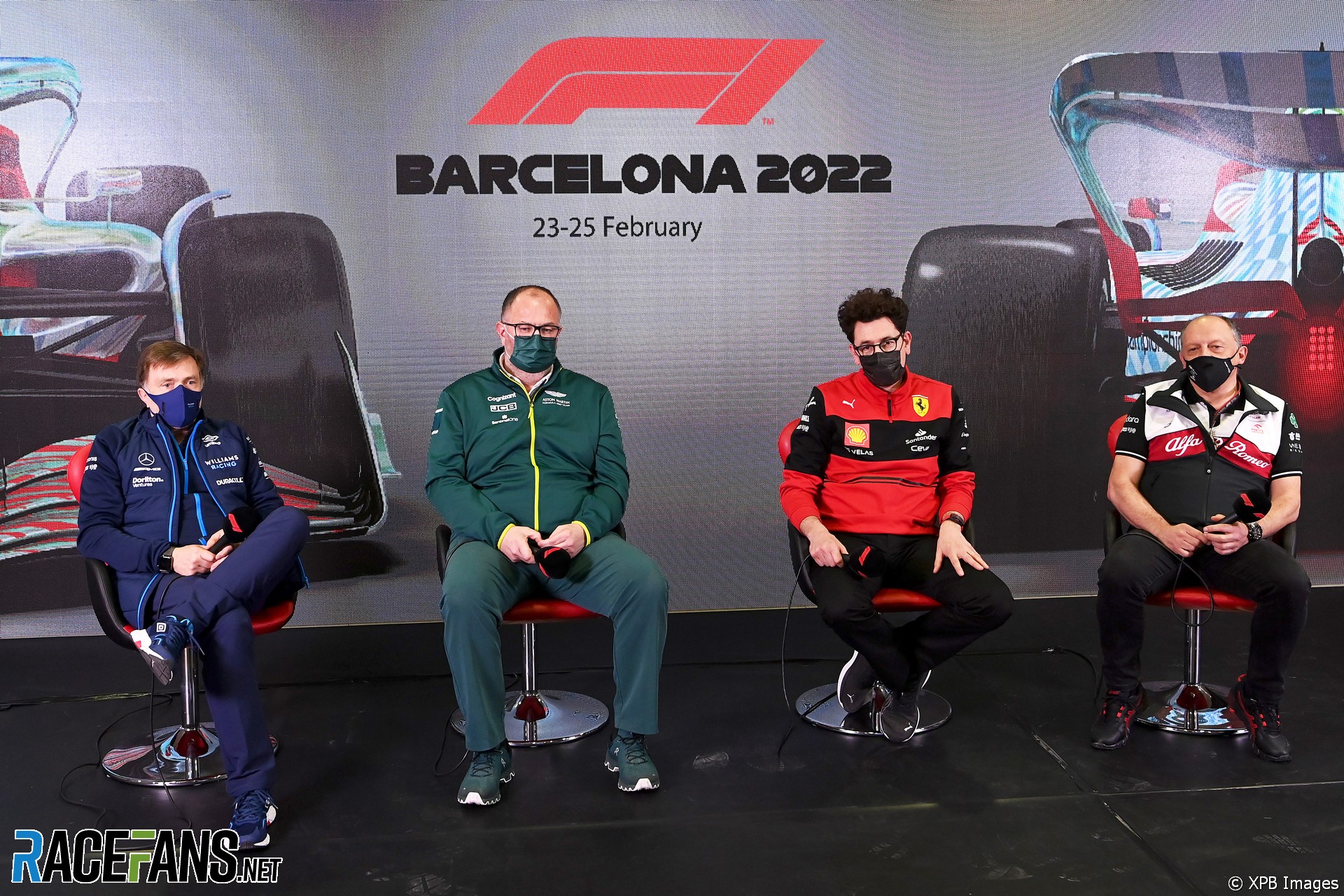 Formula 1 teams will meet this evening to discuss whether the Russian Grand Prix should go ahead in September following the country’s invasion of Ukraine.

Team bosses confirmed the development after Sebastian Vettel called on F1 to cancel the race after Russian troops moved into the Eastern European country overnight. Other drivers also expressed concerns over the event in today’s press conference while Pierre Gasly expressed sympathy for the people of Ukraine on social media.

“At the moment what we can do is only to wait and see and hope for the better,” he continued. “From now until the race in September, there is time and my wish is that somehow everything will stop very soon.”

Other sports promoters are under pressure to cancel events in Russia. Reports claim UEFA will announce tomorrow the Champions League final, scheduled to take place in St Petersburg in June, will be relocated.

“F1 is trying to manage the situation,” Binotto continued. “We will have a meeting between us tonight to try to understand what’s the situation and how to manage it.

“F1 in that situation is not the most important one. What’s happening there is. It’s very sad.

“At the moment we can only try to, not stand by, but certainly try to have between us the discussion and understand all the implications and what is the right choice for the future. But F1 in that situation is not the most important one, what’s most important is what’s happening there, which, as I said, is very sad.”

The team principals are to discuss the situation with F1 CEO Stefano Domenicali, who called the meeting.

Williams CEO Jost Capito indicated he shares Binotto’s view. “It shows us when we look in the mirror that Formula 1 is not the most important [thing] in the world,” he said. “There are bigger issues than Formula 1.

“We think about the performance of our cars [while] other people are scared to lose their lives. I think we have to have this in mind and I think we’re all aligned on this.

“What happens in the future? We have a very good relationship with FOM and with the FIA – these are the governing bodies and they aware about the situation, they are on top of it and they will take a proper and the right decision for all of us.”

Haas team principal Guenther Steiner was due to participate in the press conference, but this was later cancelled as he was “no longer available”, according to the FIA. The only Russian driver in F1, Nikita Mazepin, drives for Haas, and the team’s title sponsor is his father’s company Uralkali.