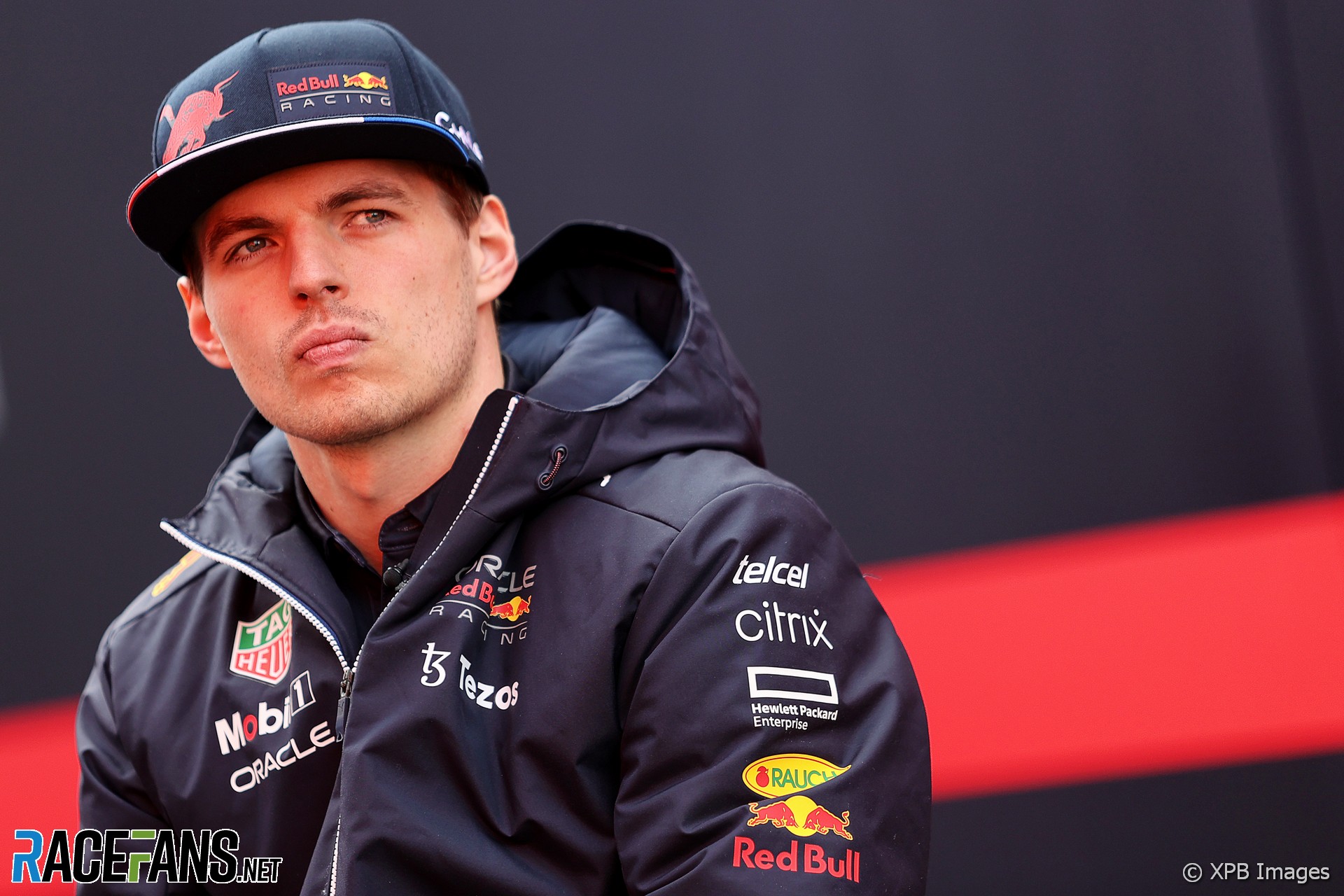 Max Verstappen has spoken out against the FIA’s decision to remove Michael Masi as Formula 1 race director, saying he was “thrown under the bus” by the FIA.

Masi had occupied the role of F1’s race director since the beginning of the 2019 season after the sudden death of Charlie Whiting, who had held the role for many years.

He lost his role following an FIA investigation into the finish of the Abu Dhabi Grand Prix in which Masi was accused of contravening the rules by organising a late restart, after which Verstappen passed Lewis Hamilton to win the world championship. New FIA president Mohammed Ben Sulayem announced that Masi would not remain race director and the role will be shared by Eduardo Freitas and Niels Wittich this year.

Speaking in Barcelona, Verstappen criticised the decision to move Masi into a new post within the FIA. He said Masi was under extreme levels of pressure with team principals Toto Wolff and Christian Horner communicating directly with him during races.

“I think it’s not correct,” Verstappen said. “For me, it’s very unfair what happened to Michael because he’s really been thrown under the bus.

“Of course people talk a lot about what was decided in Abu Dhabi, but can you imagine the referee in whatever sport having the coach or equivalent screaming in his ear all the time: ‘yellow card’, ‘red card’, ‘no decision’, ‘no foul’? It’s impossible to make a decision.

“So I think, in the first place, F1 really allowing for team members could talk to him while making decisions is very wrong, because it needed to be Michael making the decisions on his own without having people screaming in his ear.”

Verstappen says that he has a large amount of sympathy for Masi and revealed he had reached out to the former race director during the off season.

Verstappen believes that future race directors deserve to have more support due to the complex and high-pressure nature of the role.

“After Charlie died, it’s very hard to take over from someone like him,” Verstappen explained. “He had so much experience from previous years. And also Charlie had a lot of help around him and maybe Michael just needed a little bit more.

“Everybody needs experience. I came into this sport my first year – when I look back at it now I was a complete rookie and now I’m so much further than I was back then and I think it would have been the same for Michael. So to immediately sack him, for me, was not the right decision. But I wish him all the best with whatever comes next and I hope it is better than being an F1 race director.”

Sebastian Vettel also voiced his appreciation for Masi’s time as race director, saying that Masi always had an “open ear” to drivers and their concerns.

“Obviously the decision is taken and he’s not going to be in that role anymore,” Vettel said. “So we will see going forwards, but I hope whoever is coming will be working as hard and as committed as Michael was.”

Charles Leclerc said that Masi had “tried to take the best decision in his opinion all the time”.

“I have a lot of respect for Michael, for what he has done,” said Leclerc. “As we’ve seen in the last race, it’s not easy. You need to take the decision quickly. Having said that, he will still be there in a different position and I wish him the best. Then for the future, let’s see. I’m pretty sure that the FIA has more information than we do on all of this and they took, in their opinion, the best solution for Formula 1, which I hope will be the case.”

“I surely think that Michael was trying to protect us all the time – which is what we ask from a race director,” Alonso said.

“All the decisions, sometimes it will be okay for some and not okay for some others, because you will never feel fair on some of the decisions as it has happened to me – track limits in lap one and things like that. Even if I felt was not fighting for the world championship, you always feel that sometimes it gets okay and sometimes not. But he was protecting us.”