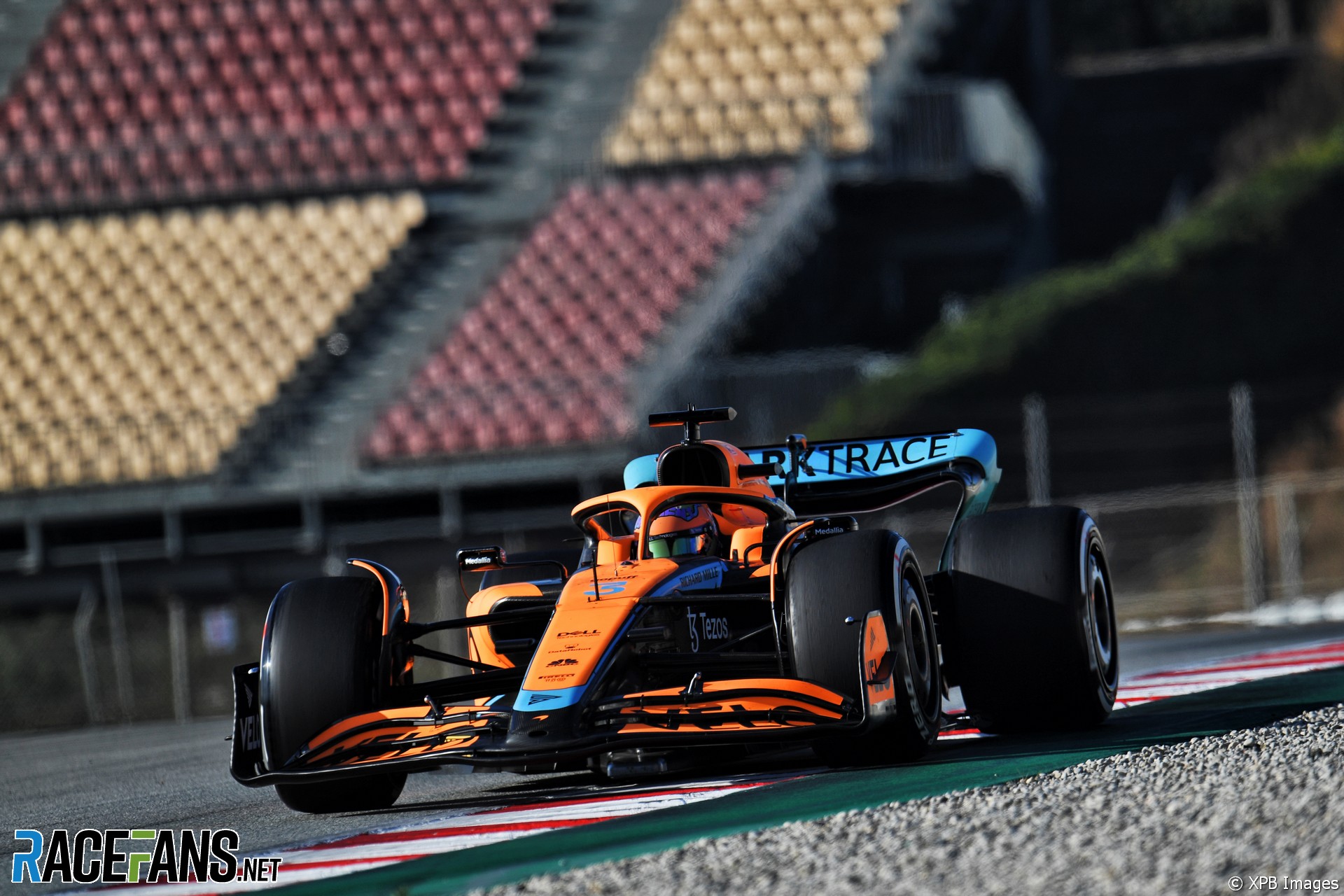 Daniel Ricciardo set the quickest time in the morning session on the second day of pre-season testing at the Circuit de Catalunya in Barcelona.

After Lando Norris ended day one of the three day first test yesterday on top of the times, team mate Daniel Ricciardo took over in the MCL36, covering 64 laps – almost a race distance – and setting a best lap time of 1’20.355 in the closing minutes to end the morning session second in the times.

Carlos Sainz Jnr completed 71 laps with a best lap time of a 1’20.546 that saw him head into the hour-long lunch break second in the timing screens. It just over a tenth slower than his best effort from yesterday’s afternoon session.

Pierre Gasly set the third quickest time of the morning on his first day’s running in the AT03, setting a 1’20.764 to go over eight tenths of a second quicker than team mate Yuki Tsunoda’s best lap from yesterday.

It was a more quiet morning for last year’s major championship contenders – Red Bull and Mercedes. Sergio Perez logged the least distance of any of the ten drivers on track aside from Valtteri Bottas over the four hours, putting in 38 laps before his Red Bull RB18 slowed to a stop on the exit of turn 13 with around thirty minutes remaining, prompting the first red flag stoppage of the test.

Lewis Hamilton drove 40 laps in the W13, but his best effort was only good enough to see him end the session having set the ninth fastest time.

Bottas will hand the Alfa Romeo C42 over to rookie team mate Guanyu Zhou for his first run in the test. Nicholas Latifi will take over the Williams from Alex Albon, while Sebastian Vettel and Nikita Mazepin will drive in the afternoon session for Aston Martin and Haas, respectively.