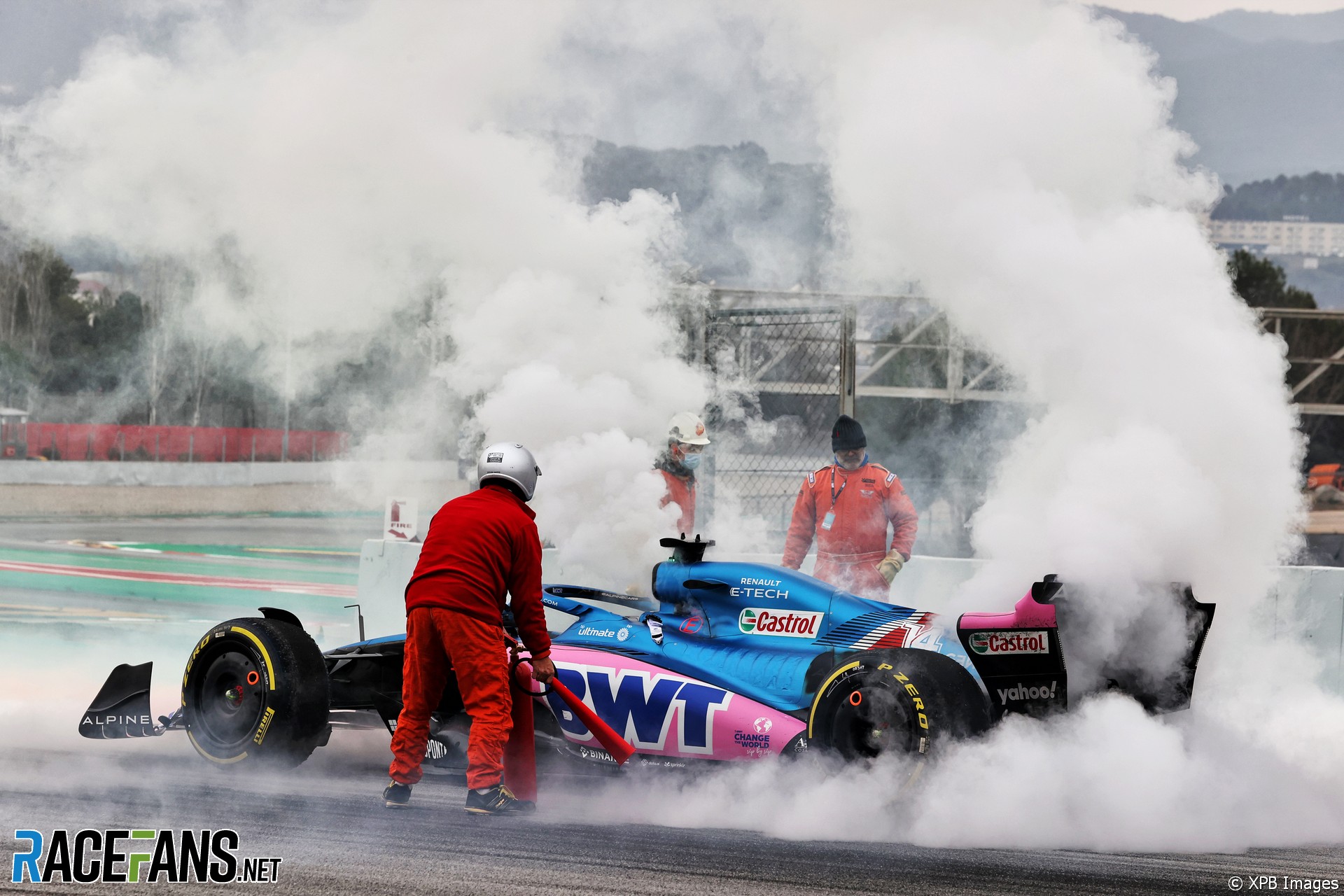 Alpine have ended their participation in the first pre-season test with half a day still to run after a technical problem stopped Fernando Alonso’s car on Friday morning.

The team confirmed Alonso asked to stop the car after suffering a loss of hydraulic pressure. The A522, which the team launched on Monday, was surrounded by a cloud of smoke while it was attended to by marshals. Alpine attributed the breakdown to a minor problem with the sealing of the system.

“After further investigations in the garage following Fernando Alonso’s on-track stoppage earlier this morning, the team can confirm the issue was a problem with the hydraulics,” said the team in a statement. “A minor sealing issue led to a fire in the back of the car.”

Esteban Ocon was due to take over for the second half of the day, when teams are planning to simulate wet weather running at the track.

“The team has successfully completed 266 laps during the three days of the Barcelona shakedown,” Alpine added. “Repairs on the car will continue, and as a result we won’t be running for the remainder of the day. We look forward to be back in action at the next test in Bahrain.”