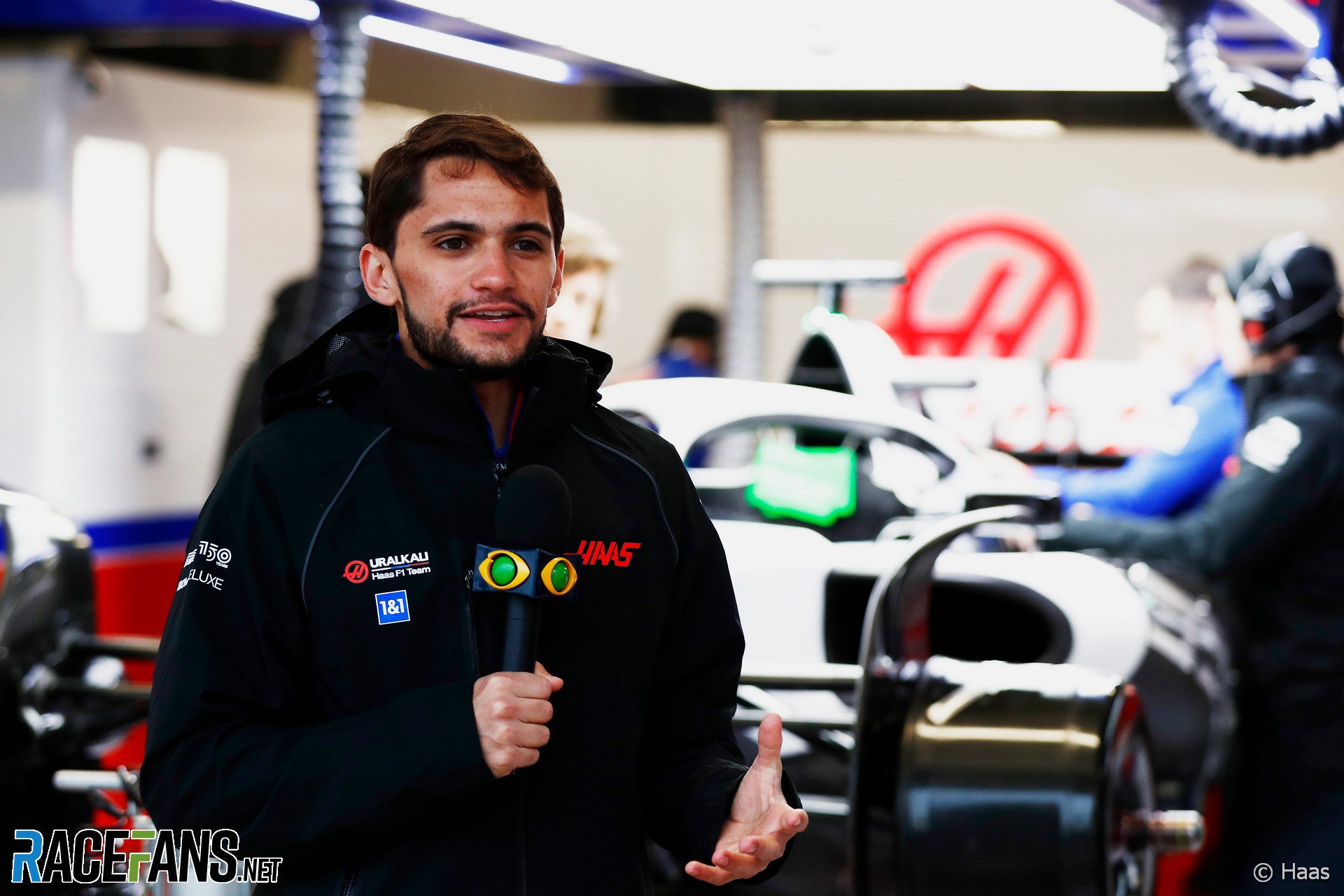 Pietro Fittipaldi is first in line to replace Nikita Mazepin if he is unable to continue driving for Haas.

Team principal Guenther Steiner confirmed the team’s reserve driver will have the “first call” on the seat. Steiner admitted earlier today that Mazepin’s future at the team is unsure as Haas may be about to split from title sponsor Uralkali.

Haas removed Uralkali’s logos and Russian colour scheme from their cars ahead of today’s third day of testing at the Circuit de Catalunya in response to Russia’s invasion of Ukraine yesterday.

Steiner said the team will decide next week on the future of the title sponsorship deal. The decision will also affect Mazepin’s future, as he is linked to the funding brought by the deal via his father, Uralkali chief Dmitry Mazepin.

The team already has a contingency plan in place if Mazepin does not continue. “If Nikita couldn’t drive, for one or another reason, the first call will go to Pietro,” Steiner told Bob Varsha. “Obviously he’s with us for a few years. And then we will see what we would do next.”

Fittipaldi made his grand prix debut for Haas in 2020, when he drive two races as a substitute for Romain Grosjean when he was injured in a fiery crash at the Bahrain Grand Prix. He remains the team’s reserve driver.

“Pietro is always around with us for this reason,” said Steiner. “In the last years we needed a reserve driver with having Covid around. He’s always around, he knows the team, he knows the car. To jump in from one day to the other there is nobody better than Pietro around at the moment.”

Mazepin drove the team’s car this morning, following its livery change, but was only able to cover nine laps due to technical problems.