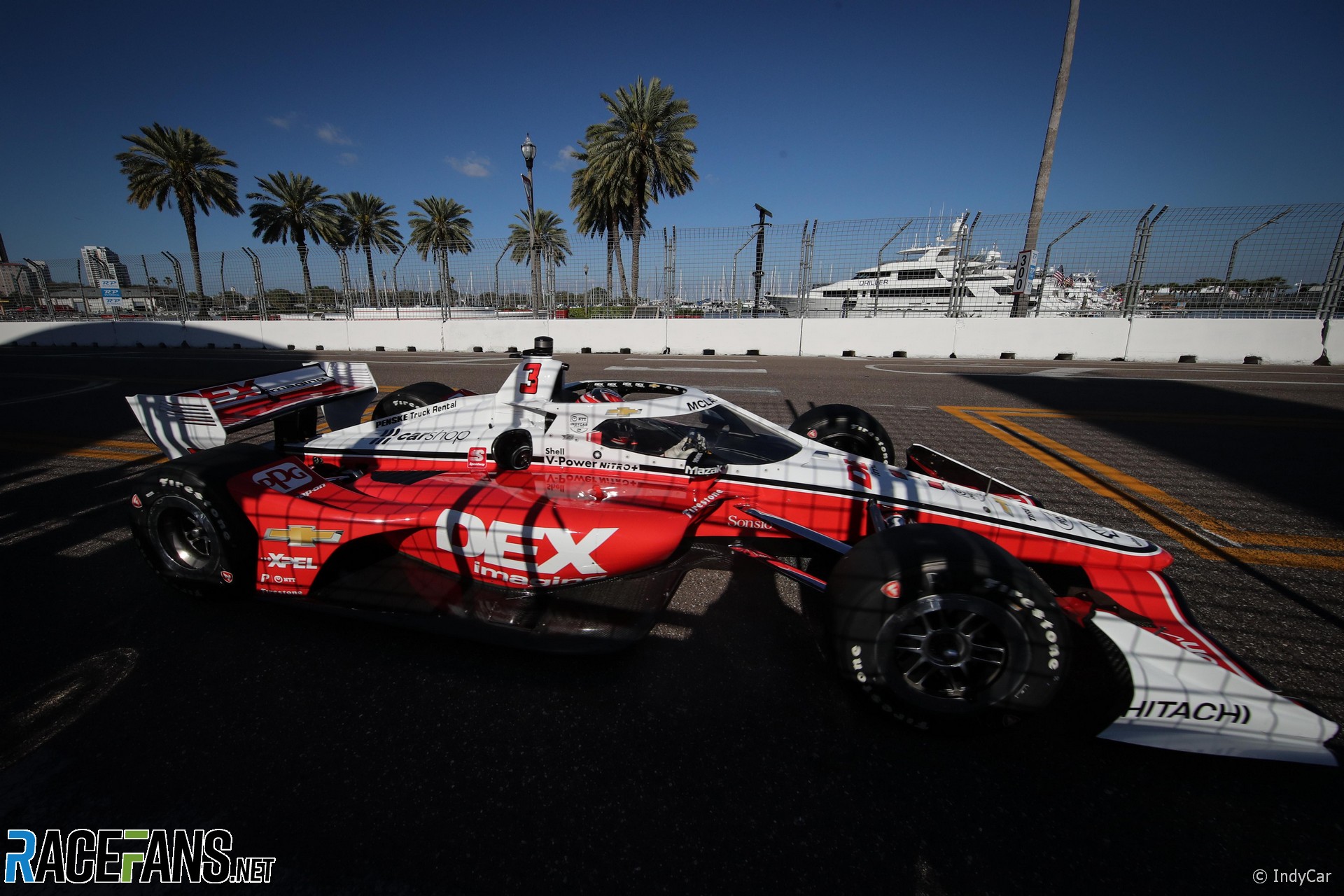 Scott McLaughlin earned his first career IndyCar pole position on the streets of Saint Petersburg, Florida during the first qualifying session of the 2022 season.

The three-time Australian Supercars champion found the speed on his final lap to oust his Penske team mate Will Power from the top spot in the Fast Six stage of qualifying, setting a lap time of 59.482 seconds to secure his maiden IndyCar pole.

McLaughlin had only managed a best qualifying result of fifth place throughout his first full season in IndyCar last year.

Power, who starts second, set a new course record at 59.347, during the second stage of qualifying.

Defending St. Petersburg race winner Colton Herta will line up third on the grid for Sunday’s 100-lap opening race, next to Rinus VeeKay in fourth.

Following an awkward collision with Takuma Sato in Saturday morning’s practice, Romain Grosjean recovered to qualify fifth, next to his compatriot, Simon Pagenaud, who was sixth in his first qualifying for Meyer Shank Racing.

Palou had been involved in a single car crash at turn nine in practice, as was Jack Harvey, who fell down to 23rd in his first qualifying for Rahal Letterman Lanigan Racing.

Completing the top ten was the third Penske driver, Josef Newgarden, who will start ninth.

Indy Lights champion Kyle Kirkwood was the sole rookie contender to make the second phase of qualifying, and qualified 12th for his first IndyCar race. Christian Lundgaard was 15th, Devlin DeFrancesco was 18th, and Callum Ilott was 19th. David Malukas was moved down to 24th after impeding Jimmie Johnson during Group 2 of the first round, one position ahead of Tatiana Calderon in 25th.

Both McLaren SP cars failed to break out of the first phase of qualifying: Pato O’Ward couldn’t improve from 16th after making contact with the barriers at turn nine, while Felix Rosenqvist was down in 21st.

Reigning Indianapolis 500 winner Helio Castroneves will begin his first full-time campaign in five years from 17th on the grid.