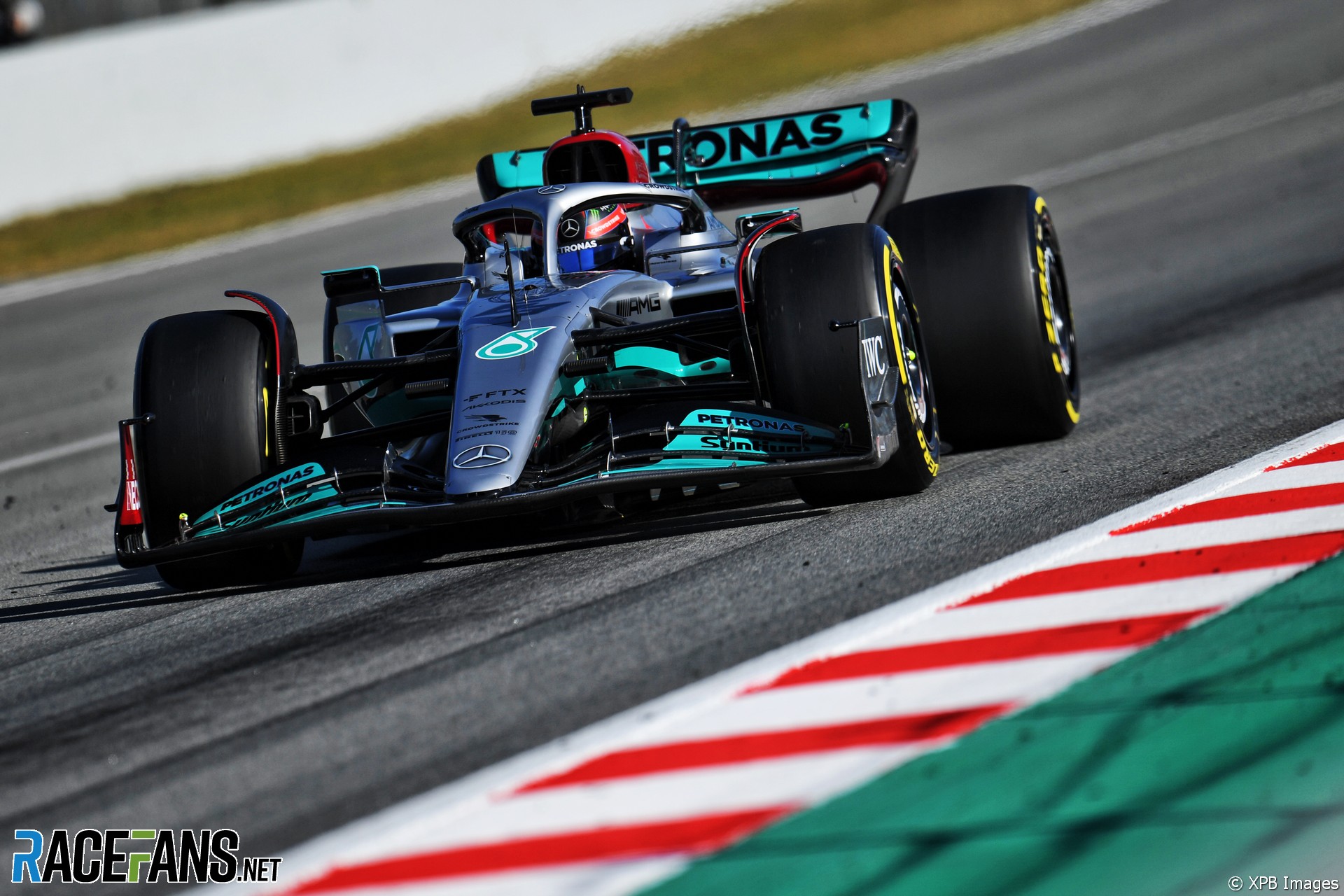 Grand Prix Drivers Association director George Russell says the problem of ‘porpoising’ in the new 2022 F1 cars has the potential to become a safety concern.

With major technical regulations changes for this season seeing Formula 1 reintroduce ground effect aerodynamics for 2022, many teams experienced their cars bouncing at high speeds during the first test due to the rapid change in air pressure under cars caused by their heavily redesigned floors.

The phenomenon was illustrated vividly in a video Formula 1 released on social media of Charles Leclerc’s Ferrari bouncing along a the main straight in Barcelona.

Russell, who is the director of the GPDA – the drivers representative union – says that porpoising could present a safety concern if teams are unable to find a way to reduce the severe bouncing before the start of the season.

“I think it has the potential to be a real safety concern if it gets out of control,” said the Mercedes driver.

“Obviously if you’re flat-out down the straight and it starts to happen, you don’t back off in a race scenario. We saw with Charles’s video just how bad it was for them, so I think we all need to find a solution.”

AlphaTauri driver Pierre Gasly described the sensation as “not that pleasant, driving wise” and anticipates that Safety Car periods might make the issue worse during races.

“It was a bit shocking the first time it happened on track with the car because we didn’t really expect it, but it’s just finding ways to get around it,” Gasly said.

“I think we know that in certain circumstances in the race, you know, with Safety Cars, tyre pressure dropping, etc, we may face this and actually it may become an issue in the race. So we’ll have to think about all these different situations where things could get a lot worse.”

The reintroduction of active suspension systems into Formula 1 has been suggested as a potential solution to the porpoising problem. Russell is confident that teams will come up with solutions using the existing suspension systems used this season.