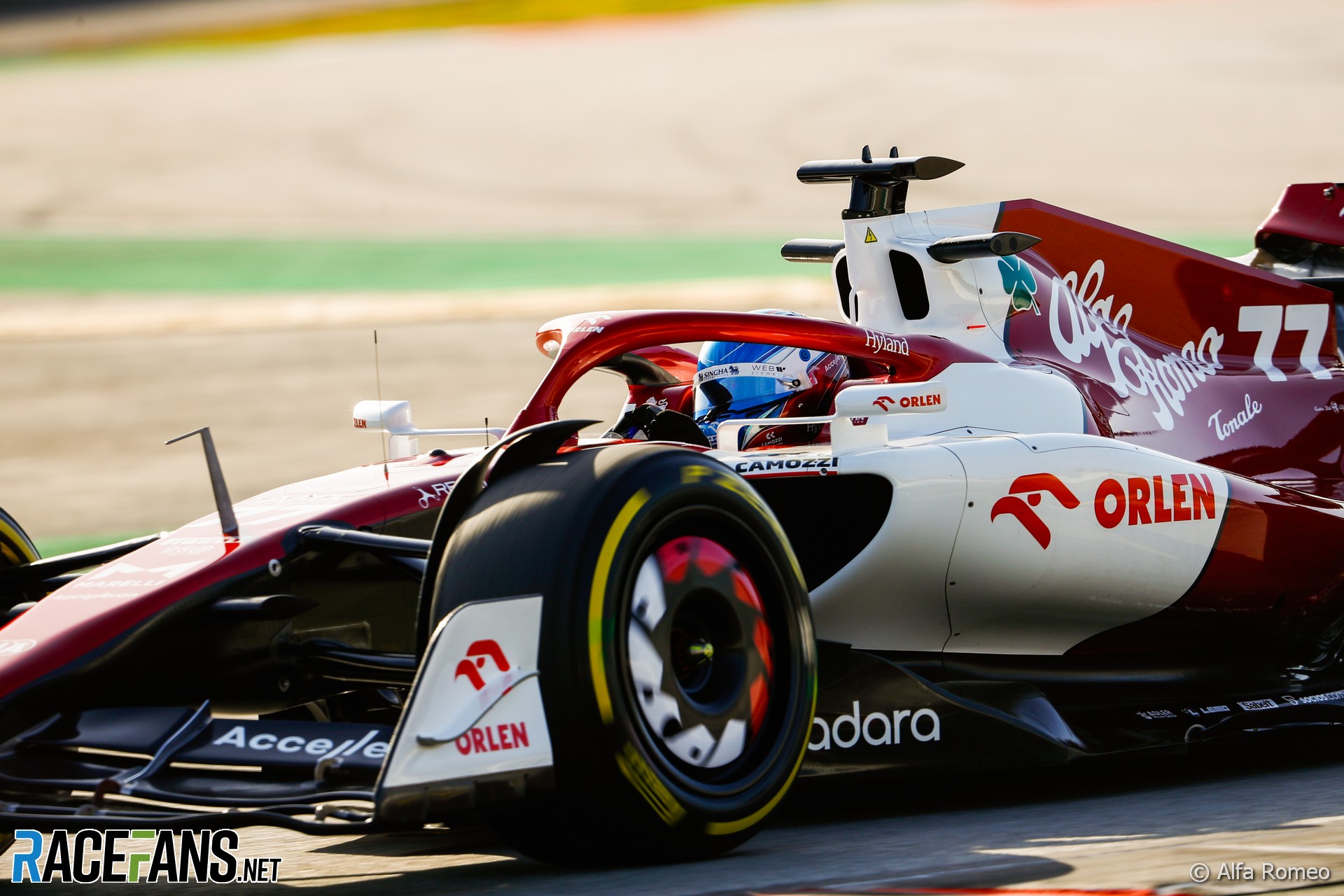 Alfa Romeo’s drivers had their first chance to drive the team’s new C42 in its definitive livery at the Circuit de Catalunya yesterday.

Valtteri Bottas and Guanyu Zhou were joined by test driver Robert Kubica at the home of the Spanish Grand Prix.

The team revealed its new car for the 2022 F1 season at testing, where it ran in an interim camouflage livery. It presented its definitive look for the upcoming championship yesterday and conducted a 100 kilometre filming run at the venue.

“It’s my first car at Alfa Romeo, of course, which makes it special, and I am really looking forward to being on the grid in Bahrain with it,” he said.