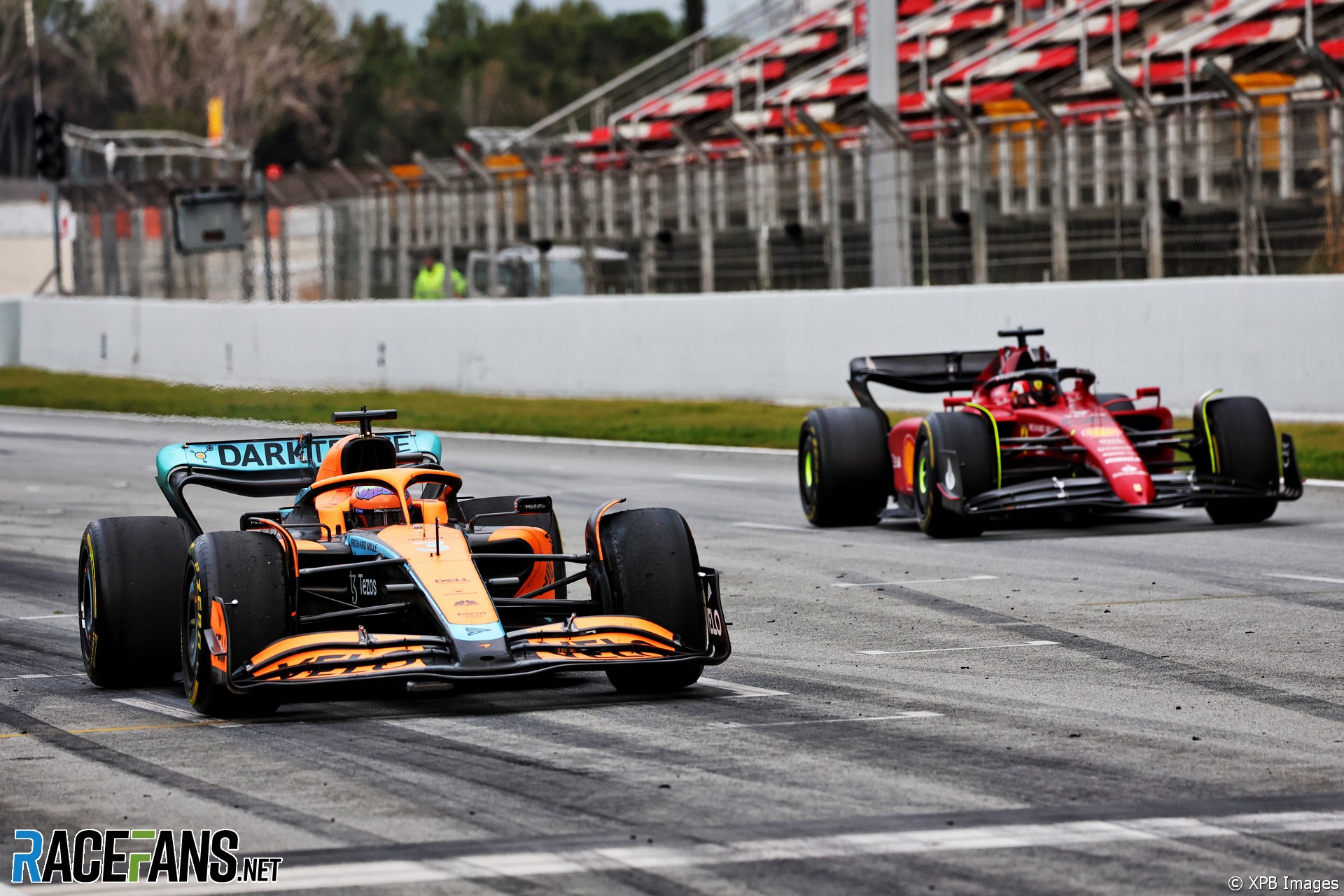 In the round-up: McLaren’s technical director James Key downplays the team’s position in the pecking order after George Russell named them and Ferrari as the pace-setters in the opening test.

Key: “We can’t read anything into what we’re seeing at the moment”

Speaking on the final day of the opening test, Key said it was too soon to judge whether Russell’s assessment was correct.

“It’s nice to hear that from Mercedes of all people, obviously, but I honestly think we can’t read anything into what we’re seeing at the moment,” said Key. “I think there’s a whole plethora of different types of tests going on.

“These are launch spec cars and the development rates are going to be very high at this time of year. So no doubt we’re going to see developments coming along anyway for the next test, the next race.”

Key said the test had “gone okay” for McLaren. “The important thing for us is it’s been a productive test so far. We’ve got through a lot of test items and programmes, have measurements, they’re the sort of things you need to do with something fresh and new to us.

“But the pecking order, I think, is extremely difficult to establish right now,” he reinforced. “And to be honest, we haven’t really been looking at that. It’s more a case, I think everyone should be focussed on themselves and that certainly as a team what we’re doing.”

One Formula 3 seat left unconfirmed before first day of testing

Following the signing of Nazim Azman to Hitech and Enzo Trulli to Carlin, only one space remains open on the 2022 Formula 3 grid for 2022. Pre-season testing for the championship starts in Bahrain today, running until Friday.

Following Haas’ decision to remove Uralkali branding from its livery for the final day of Barcelona testing, images posted to social media by Hitech GP’s Formula 2 driver Marcus Armstrong showed the same logos missing from his car’s livery, despite other branding being in place.

I stand with Ukraine, whatever your differences are, to attack another with war is not the answer. Disgusted by the actions of the russian regime and sad for the terrible human losses on both sides.

Interview with Stoffel Vandoorne: 'it's difficult to know if I will return to Formula 1' (Pitlane Motor - Spanish)

Vandoorne: 'I still don't have anything certain for next season. Obviously there are a lot of negotiations going on, but right now it's too early to know what exactly I'm going to do next year or what my situation will be. Despite this, the truth is that I am confident that I will have something good.'

What to expect from Chasing The Dream Season 3 (Formula 2: lead protagonists, dune buggy racing and a trip to Paris)

Teams will be testing on Pirelli’s hard compound tyres, the same compound that will be used during the opening round of the season at the Bahrain International Circuit, which takes place 18-20 March. Each car will be allocated four sets of tyres for the duration of the test.

Click2Drive Bristol Street Motors Racing will participate in the W Series 2022 season and has already signed its first driver, Alice Powell. Considered a female pioneer in motorsport, Alice was the first woman to win a Formula Renault championship in 2010 and, two years later, became the first woman to score points in the GP3 Series.

After Australian Supercars champion Scott McLaughlin took pole and win at St Petersburg in IndyCar, Dex says it’s a shame that Formula 1 drivers can’t experiment with racing in other series during their careers.

One must appreciate when a racing driver proves himself in two totally different categories, both being tough competitions. We don’t get this with F1, drivers like this can’t even get a license to try…

In the end most interesting characters ended up outside of F1, we mostly have robots left (not because it’s their fault, they have to be). It was a very interesting race to watch, I only wish there wasn’t such a long break between first two races of the season. It’s a bit anticlimactic.
Dex