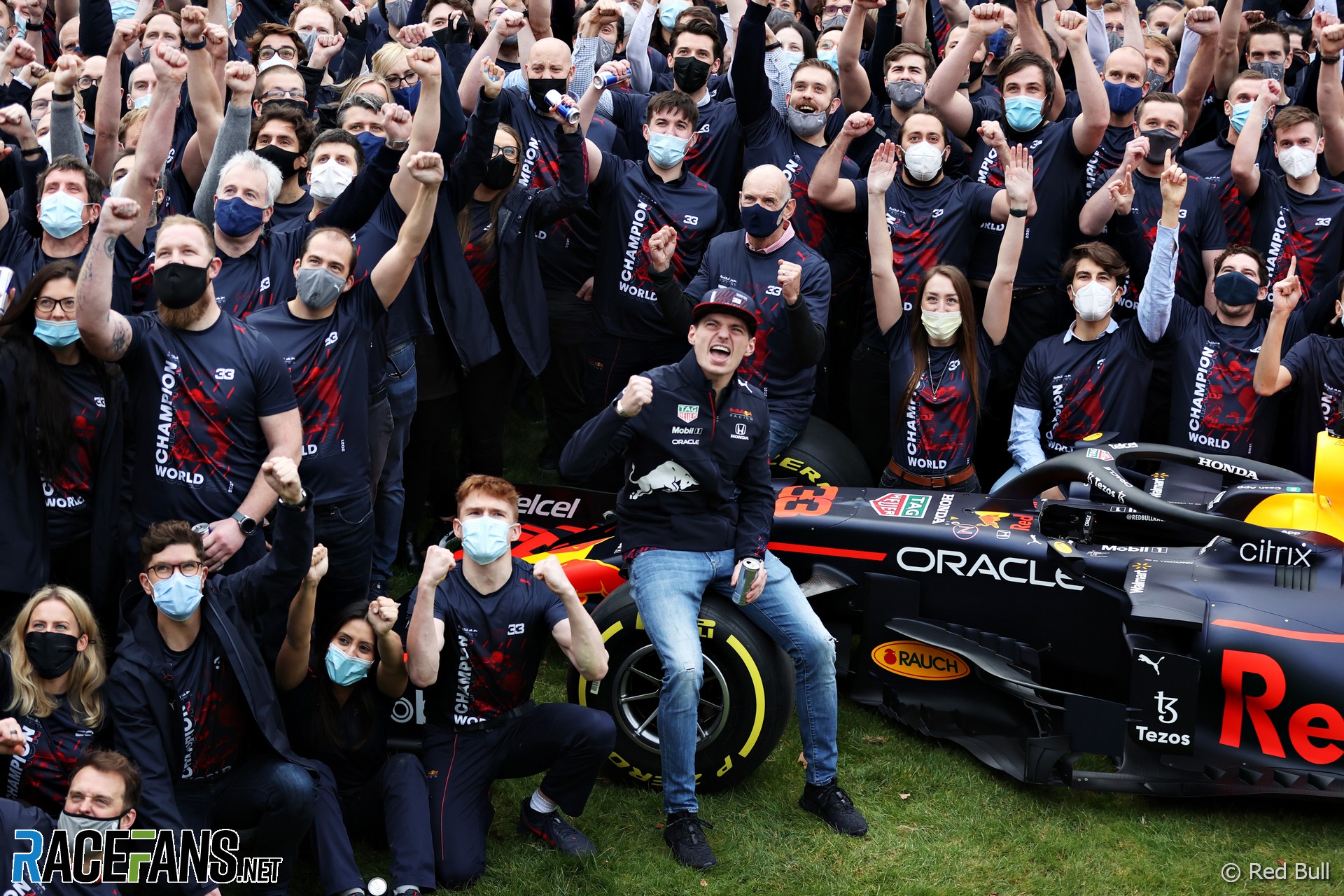 World champion Max Verstappen will remain a Red Bull driver until at least the end of the 2028 F1 season after signing a major contract extension.

The team announced today that Verstappen had committed to remaining with the team for a further six seasons after 2022.

The move comes after Verstappen clinched his first drivers’ world championship with Red Bull in 2021 after being promoted from Toro Rosso to the senior Red Bull team during the 2016 season at the age of 18.

Verstappen said he was proud that he would call Red Bull Racing his home until at least the end of 2028.

“I love this team and I am very happy to continue this amazing journey we are on for a long time,” said Verstappen on social media. “We have accomplished so much together already but we are definitely not done.”

Verstappen says that after claiming his first world title, his new deal will allow him to enjoy his time racing in Formula 1.

“Also now, we don’t need to think about it anymore – we know how long the contract is and we can just work together. Besides, when you’re trying to fight for wins and championships I think it’s important as well to have a good time and have fun and actually enjoy your time in Formula 1 as well.”

Red Bull team principal, Christian Horner, said the long-term extension was a “statement of intent” from the team

“Our immediate focus is on retaining Max’s world championship title, but this deal also shows he is a part of the team’s long-term planning,” said Horner.

Red Bull will enter an Formula 1 season while supplying their own power units for the first time this season after establishing their new Red Bull Powertrains division in 2021. The team will run and maintain Honda designs until the introduction of a new power unit formula expected to be introduced in 2026.

“With the Red Bull Powertrains division working towards the new engine regulations for 2026 we wanted to make sure we had the best driver on the grid secured for that car, said Horner.