Formula E will race in the South African city of Cape Town as of next season, the series has announced. 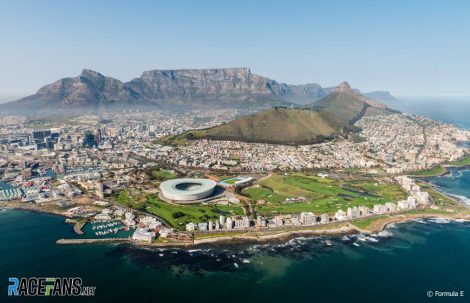 From 2023, the Cape Town will become the latest city to play host to the all-electric single-seater world championship. Having signed a deal to feature on the calendar for the next five seasons, Cape Town will be the second African city to host an E-Prix, along with the Moroccan city of Marrakesh.

The Cape Town circuit will split the city’s Green Point and Waterfront districts and feature the famous Table Mountain as a backdrop, with race organisers claiming it will be one of the fastest tracks on next season’s calendar.

Formula E COO Alberto Longo said the sport’s teams and drivers were excited to race in South Africa next season.

“We’ve had a very positive response within our ecosystem of teams, drivers and sponsors about coming to Cape Town, so we are delighted that the City is joining our season nine calendar,” Longo said.

Race promoter Iain Banner said he believes the event will help demonstrate how Africa is playing an active role in environmental sustainability.

“The public has been crying out for an open-wheel, street-circuit race and we are now answering those cries,” Banner said.

“We believe that hosting Formula E in Cape Town will showcase Africa as a role player in the transition to a greener future, and will position the city and the Western Cape as the pioneering renewable energy hub of South Africa.”

Construction of the circuit will begin next month, with work planned to be completed by December.