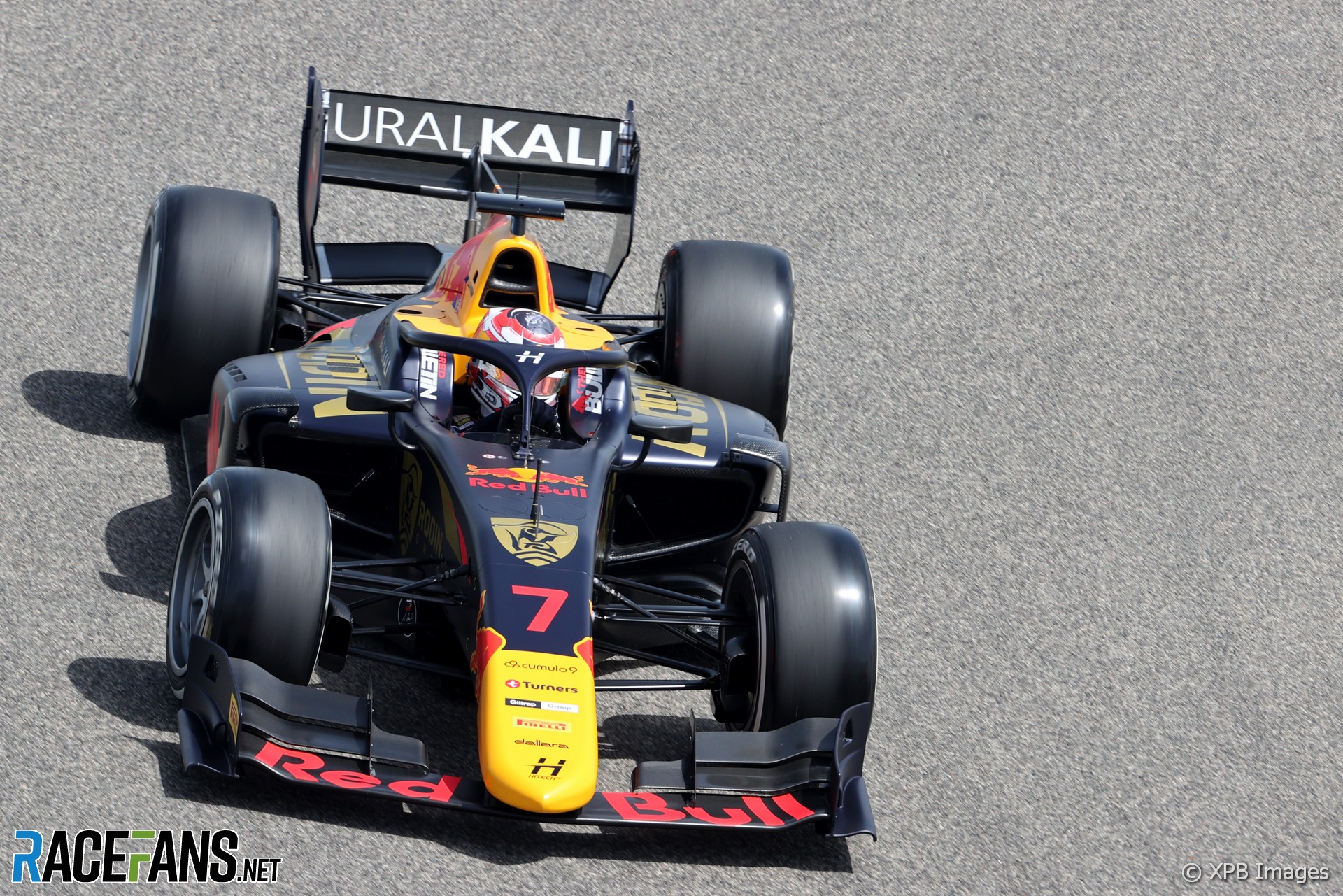 Formula 2 team Hitech Grand Prix has officially confirmed the termination of its sponsorship deal with Uralkali.

The team appeared without Uralkali’s logos on its cars in last week’s pre-season test at the Bahrain International Circuit.

The news follows a similar announcement by Formula 1 team Haas on Saturday which also severed its ties with the Russian fertiliser manufacturer. Haas also confirmed it would not longer provide a seat for Nikita Mazepin, who arrived in F1 via Hitech at the end of 2020.

“Hitech Grand Prix Limited has elected to terminate, with immediate effect, the sponsorship agreement of Uralkali,” it said in a statement.

“As with the rest of the motorsport community, the team are shocked and saddened by the invasion of Ukraine and wish for a swift and peaceful end to the ongoing conflict.”

Uralkali is controlled by Mazepin’s father Dmitry. The company temporarily became a majority owner of Hitech in 2018.

Nikita Mazepin joined Hitech’s F2 team in 2020, placing fifth in F2 that year before graduating to F1. Hitech will run Juri Vips and Marcus Armstrong in F2 this year. Isack Hadjar, Kaylen Frederick and Nazim Azman will drive for the team in F3.