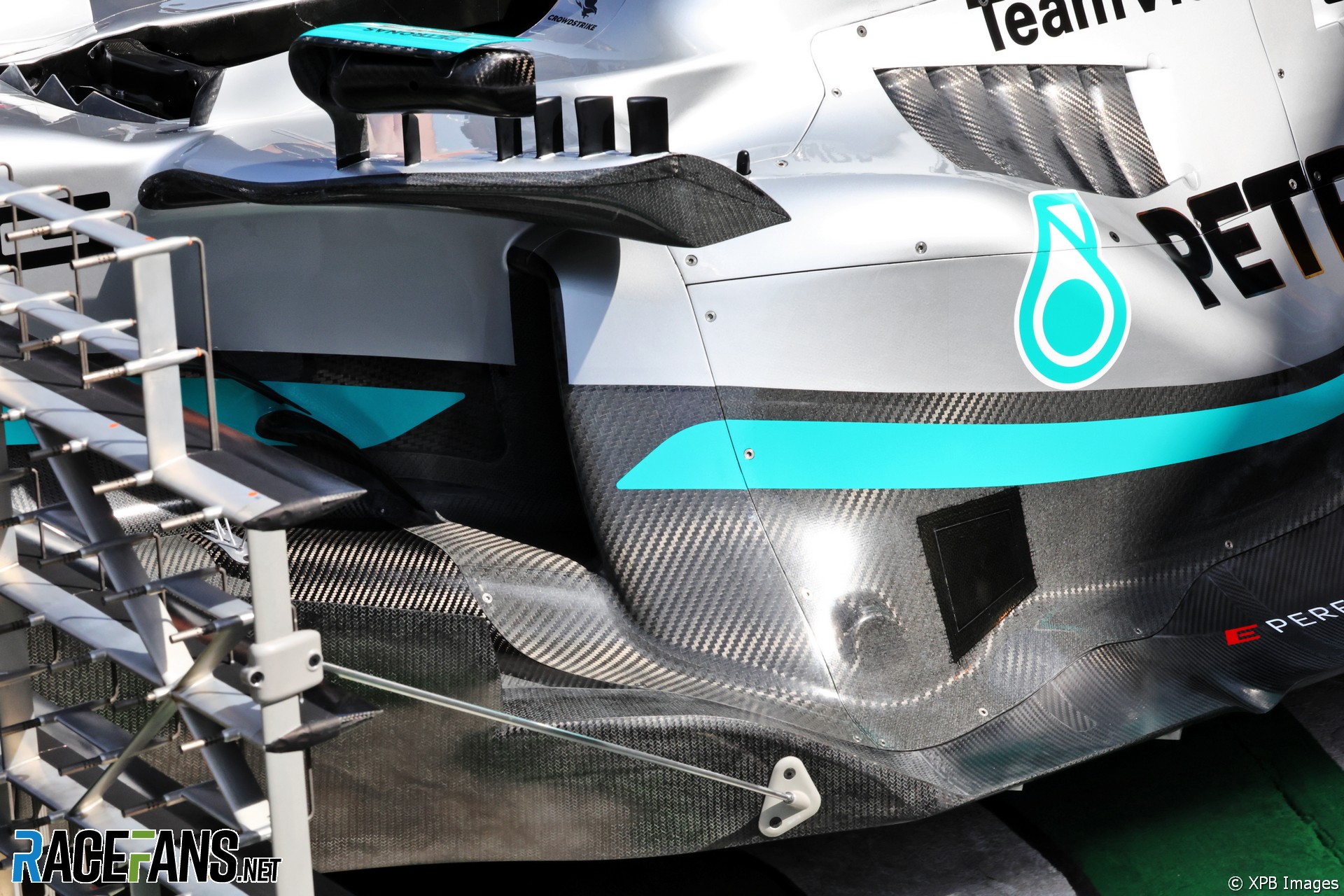 Ross Brawn says that he does not believe the Mercedes radical ‘sidepod-less’ design is in breach of the technical regulations.

Mercedes have caused a stir in the Bahrain paddock by introducing dramatically redesigned sidepods on their W13 compared to the opening pre-season test in Barcelona.

The ‘sidepod-less’ design of the Mercedes led to reports that Red Bull boss, Christian Horner, had questioned the legality of the W13’s design. However, these reports were denied by Red Bull, who dismissed the quotes attributed to Horner as “incorrect”.

Formula 1 motorsport director, Ross Brawn – who was the prime architect behind the radical overhaul to the technical regulations for this season – said that the Mercedes ‘sidepod-less’ design was an “extreme” concept.

“That’s what happens with new regulations. However hard you try to close off all the options – and believe me we closed off hundreds of them – the innovation in Formula 1 is always extreme. So, from our perspective, it’s largely about does it affect the objectives of the regulations. From the teams’ perspective, they want to be sure that no one’s taking an interpretation that they don’t feel is correct. So I think there’s going to be a lot of debate in the next few days.”

Brawn says that he has not seen any designs from the teams that he believes breach the technical regulations or go against the intention of the revised rules package for 2022.

“I think it’s impossible to anticipate the creative scope of the teams. Once they get the regulations, you’ve got 1,000 engineers working on all the regulations and how they can use them,” Brawn explained. “So some of these solutions quite honestly were never anticipated.

“I think we will go back into investigating those solutions and make sure that they maintain the objectives of the new rules. I think they do – our initial impressions are that there’s nothing here that we would be overly concerned about in terms of those objectives of the regulations.

“So it’s just fascinating to see such a wide range of solutions. What I think has become a step change for the teams is a lot of new cooler innovations, a lot of new innovation in the heat exchanges and the radiators that have become available and it’s given them more scope to create the designs we’ve got.”

Horner dismissed claims he had suggested the Mercedes design did not confirm to the regulations. “I’m slightly surprised to be reading comments that I’m supposed to have been making,” he told Sky.

“To be honest with you I haven’t paid a great deal of attention to it. It was obviously a fairly different concept but that’s for the aero guys and the designers to get into.”