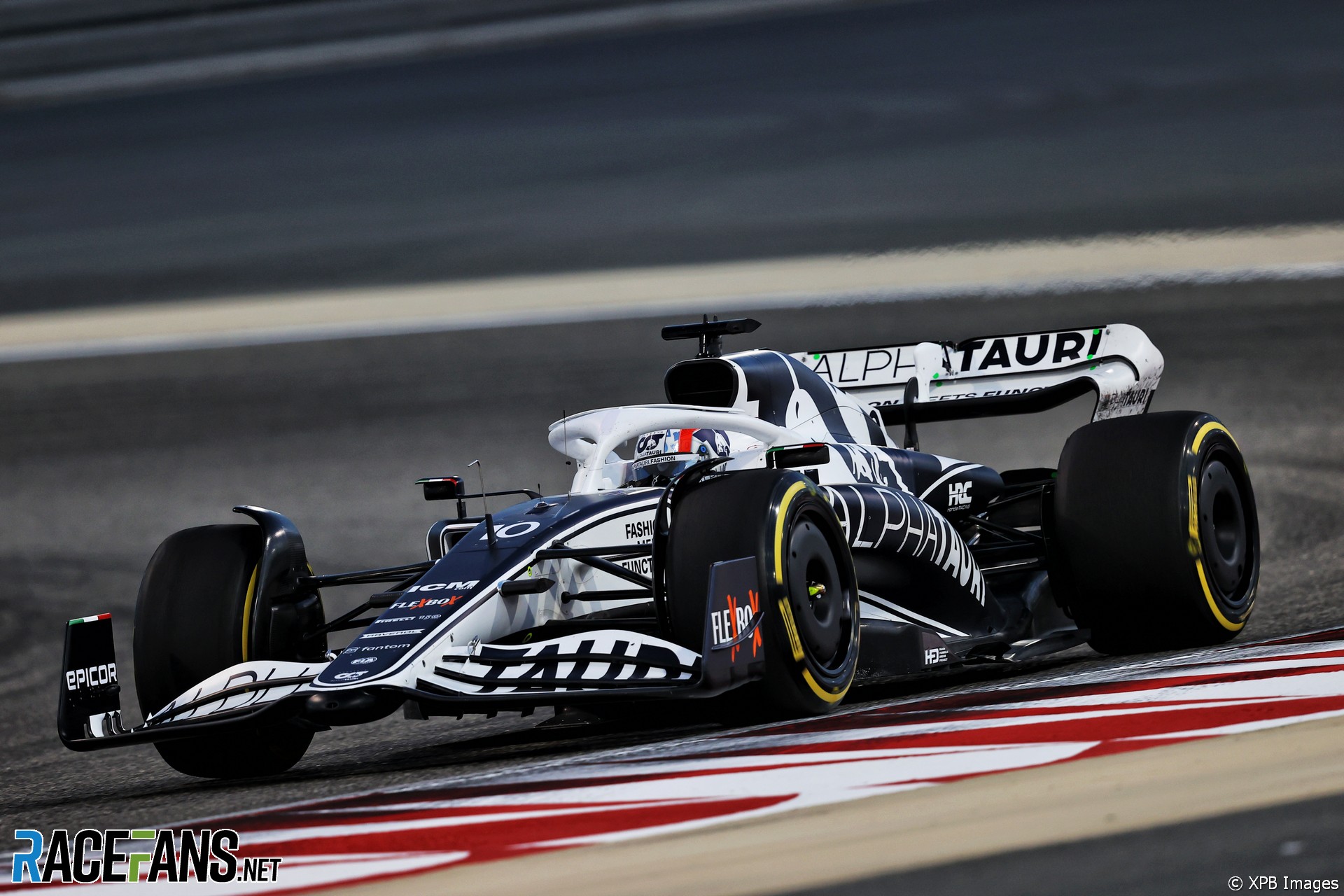 Pierre Gasly put AlphaTauri at the top of the times at the end of the first day of the final pre-season test in Bahrain.

Gasly made use of the C5 tyres, the softest compound available, to set a 1’33.902 – the fastest time of the day. Carlos Sainz Jnr and Charles Leclerc were second and third fastest, respectively, in the Ferrari F1-75.

The day came to a slightly early end with just under 10 minutes remaining after Sergio Perez spun his Red Bull at turn eight. The incident occured during a scheduled Virtual Safety Car period. Having lost control of his car, Perez backed his car into the gravel trap and was unable to continue. The session was red flagged and not restarted before time expired.

After Leclerc set the morning pace in the Ferrari, Sainz was left waiting for the first hour of the afternon as the team worked on the F1-75. He eventually joined the circuit and covered 52 laps in total during the second session to add to Leclerc’s 64 from the morning.

There was an early red flag in the opening hour of the afternoon when the aero rakes on Lance Stroll’s Aston Martin AMR22 collapsed on the rear of the car, littering the back straight with debris. Stroll was able to recover the car to the pits where he was

George Russell took over from team mate Lewis Hamilton in the radically reconfigured Mercedes W13 with its striking ‘sidepod-less’ design. The newcomer to the team for 2022 pressed on in a car which was visibly porpoising down the main straight. However, Russell reported that the bouncing was “not as severe” as he had previously experienced.

Lando Norris had stepped into the McLaren MCL36 at short notice on the morning of the test after team mate Daniel Ricciardo was struck down with an illness. Despite running in both sessions, Norris was only able to cover 50 laps in total after struggling with apparent braking problems during the day.

As the sun set and the cars began to run under the lights, Gasly used the C5 tyres to set his quickest time of the day and the fastest time overall. Sainz improved with the C3 tyres to go faster than team mate Leclerc, but was just under half a second slower than Gasly’s overall fastest time.

It was a frustrating afternoon for Fernando Alonso in the Alpine A522, who was only able to manage 24 laps – the fewest of any of the 15 drivers who participated. When he did get out on the track, Alonso found time to spar with Stroll’s Aston Martin as the pair engaged in an impromptu battle from the main straight all the way through the first sector.

Haas had been unable to participate in the opening session due to delays caused by a late freight arrival, but test driver Pietro Fittipaldi did manage to get 47 laps in the VF-22. He will hand over the car to the returning Kevin Magnussen tomorrow, while the team will be given the opportunity to extend the final two days’ running by two hours to make up for the four hours they lost in this morning’s session.