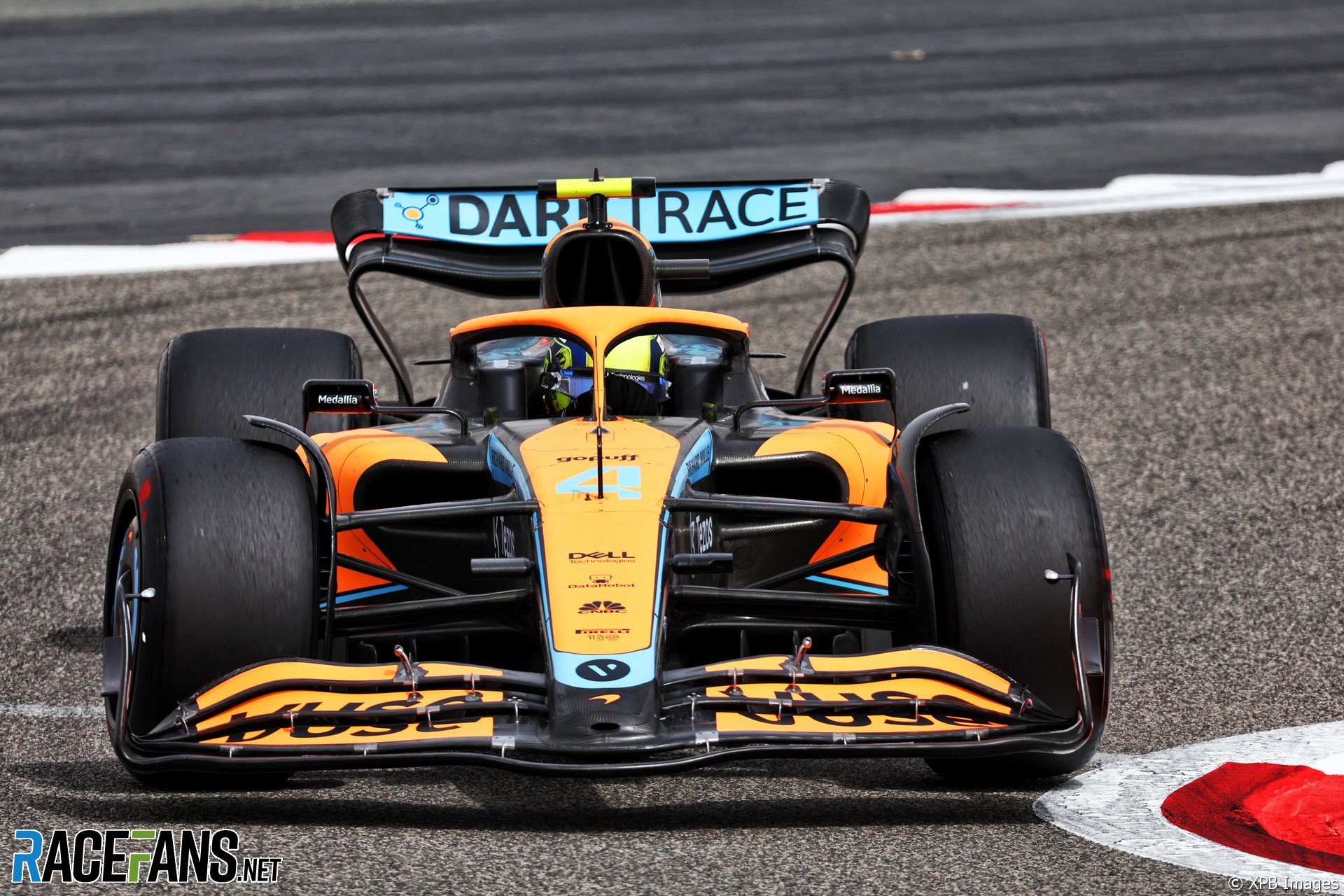 McLaren team principal Andreas Seidl says they face a “race against time” to solve the brake problem which has limited their running since testing began at the Bahrain International Circuit yesterday.

Lando Norris covered just 50 laps at the track yesterday and another 29 in the first four hours of running today. The team limited the length of its runs because its front brakes were overheating.

“After the good test we had in Barcelona, this first one-and-a-half days here definitely did not go to plan,” team principal Andreas Seidl admitted. “We have unexpectedly an issue with the front axle with the brakes which we have to solve. It’s a race against time at the moment in order to get upgraded parts here.”

The team has made changes to its car at the track in order to address the problem but is awaiting a delivery of new parts from its base in Britain.

“We still made steps with modifications we could do here in the track the last one-and-a-half days which still allow us to work on the car, working on the understanding of the car as well,” said Seidl. “Putting some small upgrades on the car as well in order to extract more performance from the package.

“So I’m still optimistic that despite the running time we lost and the limited laps we can do that, in the end, we [will] leave the track here well prepared for the first race weekend.”

Norris said yesterday the team realised it would be a challenging problem to solve. “There’s things we’re trying to fix for the next few days, it’s not going to be an easy fix,” he said. “We’ll see what we can do. Everyone’s working hard to come up with something.”