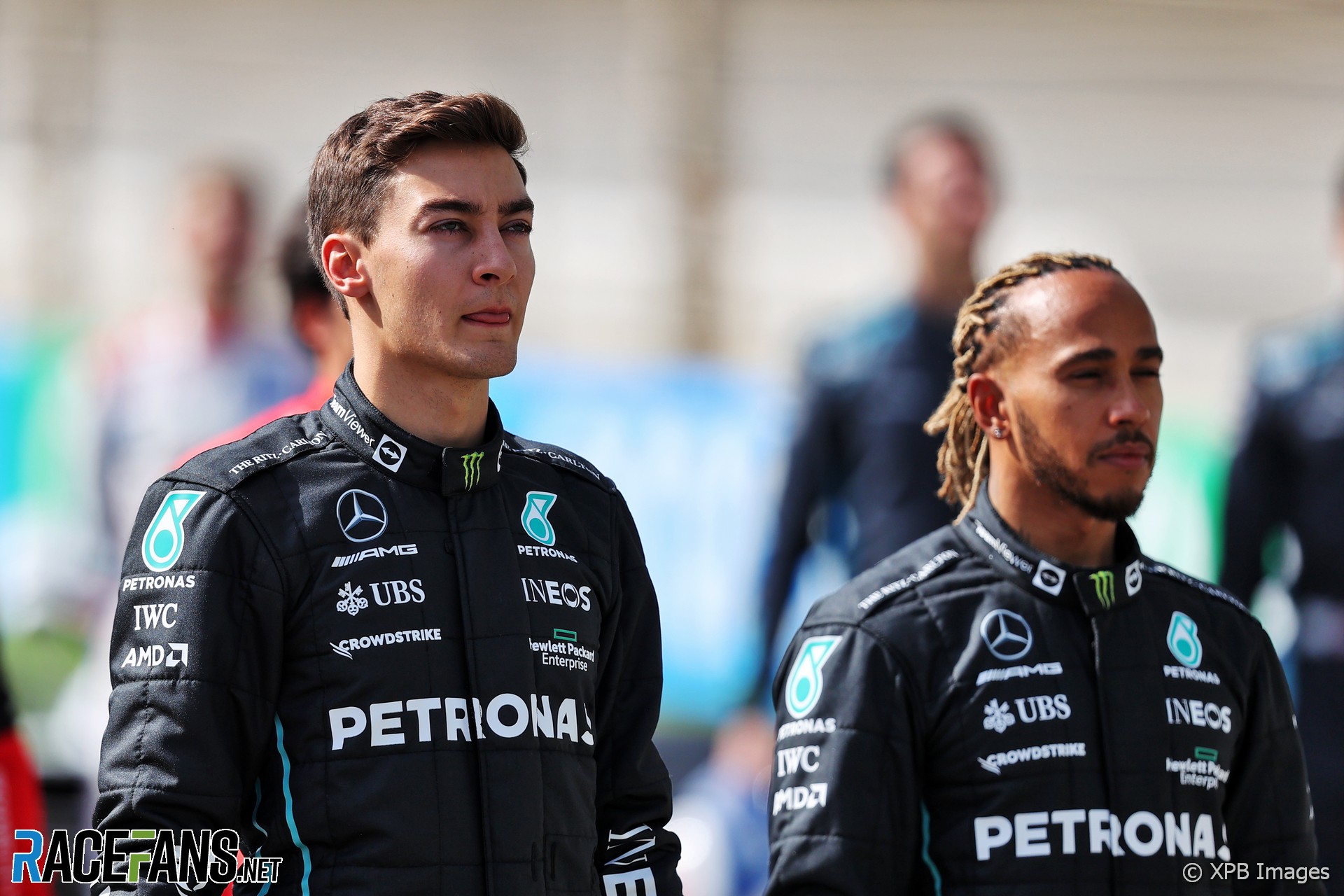 Lewis Hamilton says the arrival of his new Mercedes team mate for the 2022 Formula 1 season has been handled seamlessly.

George Russell, who substituted for Hamilton at the Sakhir Grand Prix in 2020, has replaced Valtteri Bottas in the team’s line-up for the new season.

It is the first change in the team’s regular driver line-up since Bottas took the place of Nico Rosberg at the end of 2016. Hamilton’s relationship with Rosberg was fractious at times, but he enjoyed a more harmonious five years alongside Bottas.

After six days of testing alongside Russell, Hamilton says the pair are off to a good start together.

“He’s gelled very easily into the team,” said Hamilton. “It has been pretty similar to [when] we worked together previously within in the engineering room for, I think, plenty of races in the past where he just sat behind me and I watched everything I did and the same with Valtteri.

“He knew everyone so it’s been seamless. We’re working together, communicating a lot in terms of set-up direction, so it’s working really well.”

Russell has been part of Mercedes’ young driver programme since 2017. That gave him an opportunity to work closely with Hamilton, until he made his own F1 debut with Williams in 2019.

“I have no idea when the first time we started working together was,” said Hamilton, “I just remember him being in the engineers room with us and feeling very much a part of the team and one of my team mates before this year. So it’s been quite easy.”

In his single previous start for Mercedes, Russell impressed by almost out-qualifying Bottas, passing him at the start and leading much of the race before a pit stop problem and puncture cost him a shot at victory. Hamilton had high praise for his one-time substitute’s ability.

“I think George is naturally incredibly talented, very, very focussed,” he said. “So far, it seems, very genuine and he’s just focussed on being the best team player he can be. That’s so far from what I see.

“As I say it’s pleasant for everyone in the team, it seems very seamless and everyone’s just working, keeping their heads down and working collectively as a team and as a unit.”