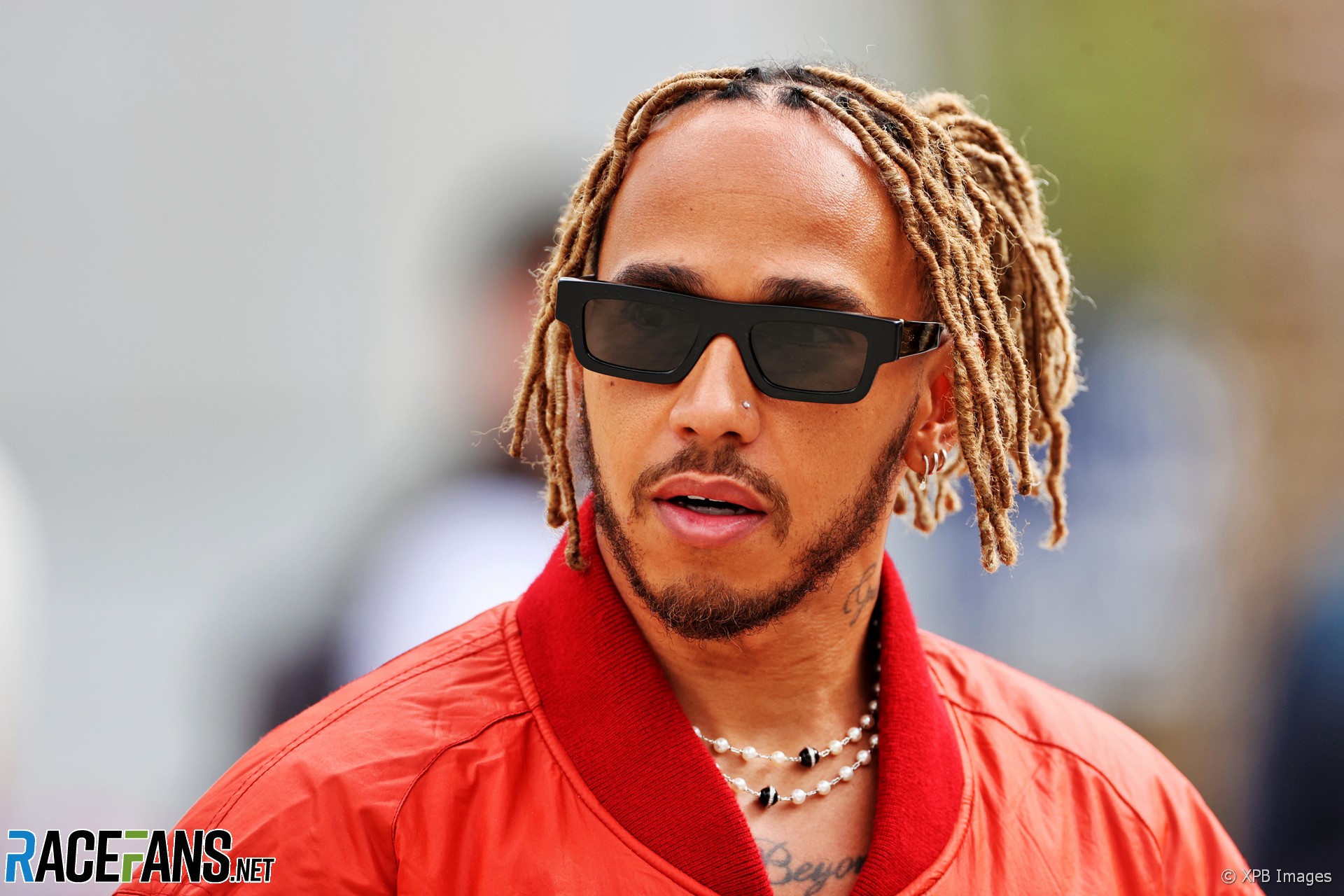 Lewis Hamilton has paid £42,000 (€50,000) to the FIA having discussed his absence from last year’s end-of-season prizegiving ceremony with president Mohammed Ben Sulayem.

The FIA said money will be used to finance a place for a student from a disadvantaged background to receive a qualification relevant to motorsport.

Hamilton refused to attend the event despite being required to do so under F1’s sporting regulations as one of the drivers who finished in the top three positions in the world championship. Mercedes team principal Toto Wolff also did not attend.

The pair stayed away from the ceremony in reaction to the controversial conclusion to last year’s world championship in Abu Dhabi. In the days leading up to the prizegiving Mercedes were considering whether to formally appeal over the result after FIA F1 race director Michael Masi contravened the rules in arranging a final-lap restart.

Hamilton confirmed today he has reached an agreement with the FIA over his no-show. “I think there will be some sort of fine around the gala,” he said. “But we’ve worked together to make sure that the money will be put together towards youth from underprivileged backgrounds getting into motorsports engineering.”

The seven-times world champion has made widening participation in motorsport one of his top priorities. In 2020 he founded The Hamilton Commission which produced a report on under-representation among some groups in motorsport. Last year he and Mercedes launched a charity, Ignite, to promote the teaching of science, technology, education and mathematics to groups that are under-represented in motorsport.

Hamilton met with Ben Sulayem yesterday and discussed the upcoming publication of the governing body’s investigation into the Abu Dhabi controversy. Ben Sulayem was elected as the first president of the FIA from the Middle East in December.

“I met Mohammed a long, long time ago through an event that we had 10 years ago or something like that in Dubai, so it’s good to see him in the position he’s in,” said Hamilton. “Again it adds to that diversity challenge that we’ve tried to overcome.”

The FIA issued a statement explaining the agreement Hamilton and Ben Sulayem had reached.

Hamilton shared some of his experiences and findings from the report of the Hamilton Commission, authored by the Royal Academy of Engineering and published last year. One of the key factors identified upon which commitment to Diversity and Inclusion relies is the implementation of initiatives that are accessible to underrepresented groups.

The FIA President noted the important foundational work done by the FIA in recent years with projects such as FIA Girls on Track, and commended the commitment shown by Hamilton in projects such as Mission 44 and Ignite.

In the spirit of commitment to building a more diverse sport in the future, the FIA President gave his full support to Hamilton’s decision to make a donation of €50,000 that will be used to support a student from a disadvantaged background in achieving an educational qualification in motor sport. The FIA and Hamilton will work together with and independent panel and throughout this process.

Both the FIA President and Hamilton look forward to further positive steps in this area in 2022 and beyond, with Diversity and Inclusion being made a key priority for the Federation.

During the meeting, the circumstances that led to Hamilton’s absence from the 2021 FIA Prize Giving Ceremony were also discussed. Hamilton acknowledged the importance of celebrating the year’s achievements with the prize-winners from across motor sport and the FIA President reminded Hamilton of his obligation of sportsmanship, particularly in view of his status in motor sport.