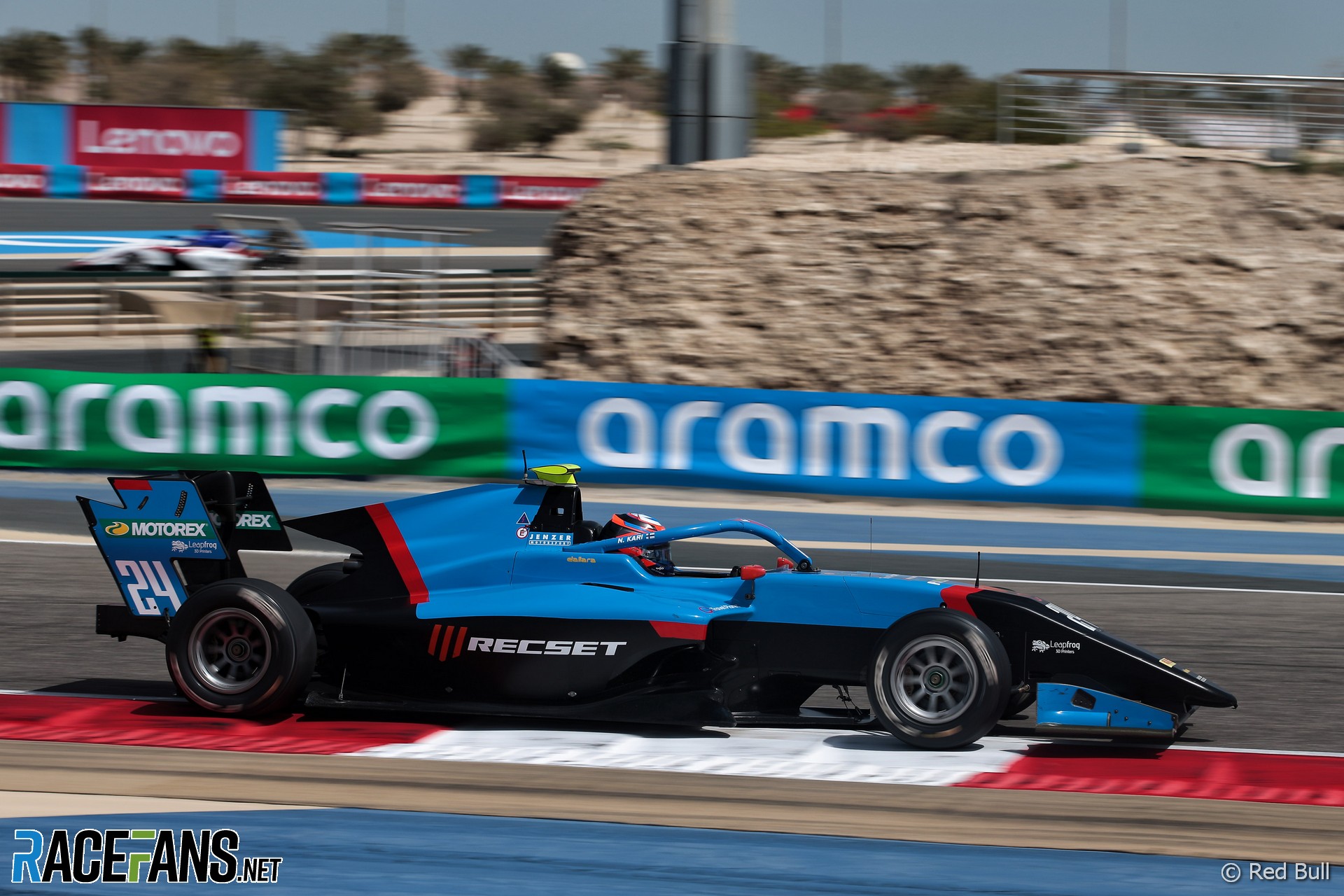 Formula 3 driver Niko Kari has been penalised for driving the wrong way along the track in what the stewards called a “very dangerous” incident.

|The Jenzer driver missed the pit lane entrance at the end of today’s sprint race and then turned around on track to drive back to it. He was given a five-place grid drop for tomorrow’s Formula 3 feature race.

“The driver missed the pit entrance,” explained the stewards. “After realising that, he turned the car around and drove in the opposite direction of the race for approximatively 50 metres.

“In the hearing, the driver realised and acknowledged his mistake. The stewards considered this manoeuvre to be very dangerous.”

Kari was a late signing for Jenzer and did not participate in pre-season testing this year. He originally qualified in 25th place for the feature race but following the penalty will line up 29th, as rival Kush Maini has to start from the pits.

Kari previously drove in F3 in 2019, before switching to European Le Mans Series to race in prototypes during 2020 and then taking a year out of racing altogether in 2021.

Another penalty was issued to ART driver Gregoire Saucy, who will fall from third on the grid to sixth after he was given a three-place grid drop. The penalty was issued following contact with his team mate Victor Martins which saw both drivers retire from today’s sprint race.

Two penalty points were added to Kari and Saucy’s licenses for their incidents.