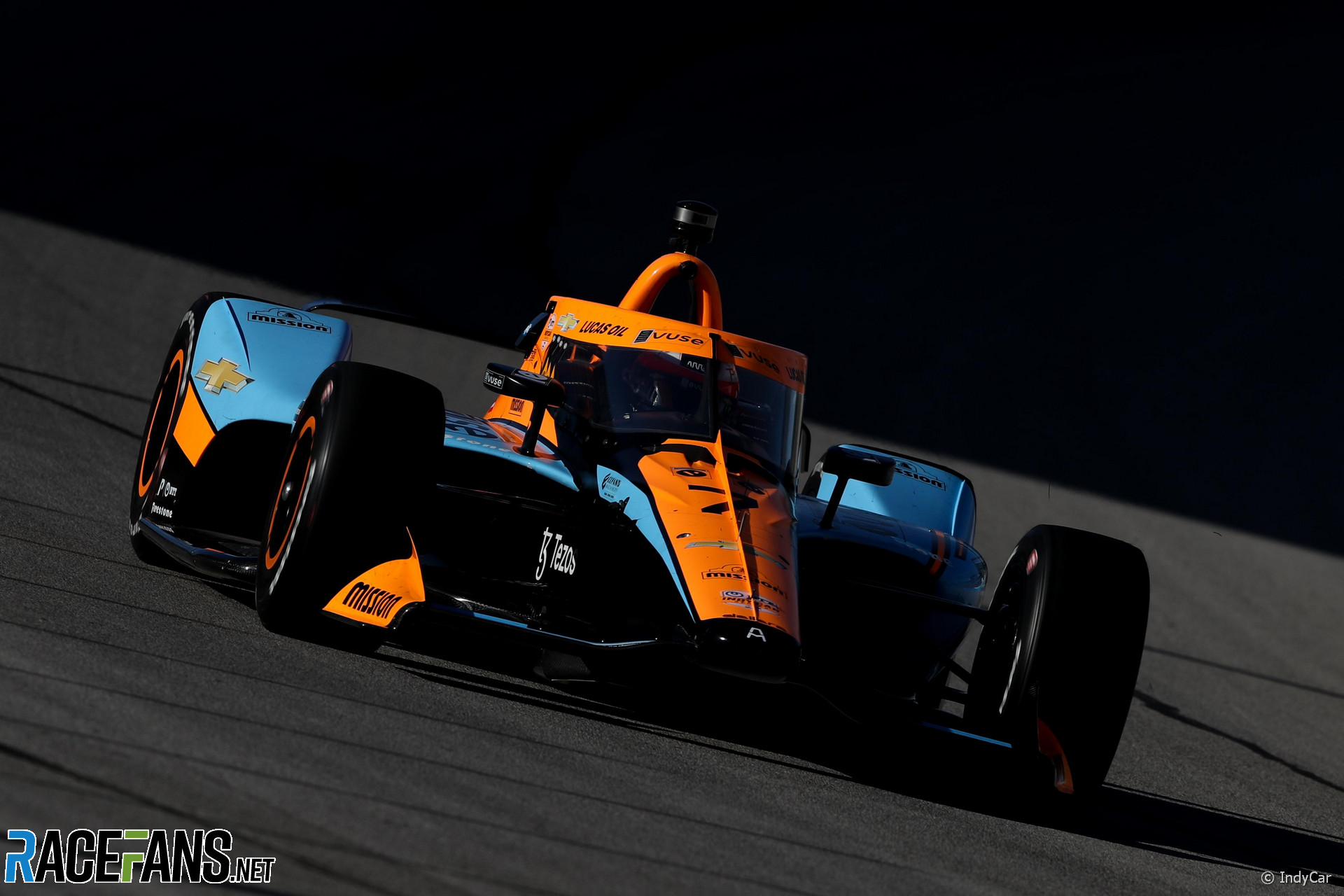 After a dismal qualifying performance for the McLaren Formula 1 team in Bahrain, Felix Rosenqvist brought them some cheer at Texas Motor Speedway.

Rosenqvist ended his three-year wait for an IndyCar pole position on the superspeedway, putting his McLaren SP Dallara-Chevrolet at the head of the field.

In the single car qualifying format, grid order was determined by the average speed across two flying laps. Rosenqvist, who was 11th in the queue of 27 cars to qualify based on current championship order, laid down a two lap average speed of 355.842kph (221.110mph).

From there, he waited as 16 other drivers made their qualifying runs as the track temperature began to rise. Despite competitive runs from the likes of Takuma Sato and Scott McLaughlin, Rosenqvist held on for his second career IndyCar Series pole position, his first on an oval.

McLaughlin, who won his first race three weeks ago on the streets of St Petersburg, Florida, qualified second with a two lap average of 355.820kph/221.096mph – making it an all-Chevrolet front row for Sunday’s 248-lap race.

Sato qualified third as the fastest Honda-powered driver, next to Will Power in fourth. Scott Dixon, who won the first race in a double header at Texas last year, will line up fifth, next to reigning Indianapolis 500 champion Hélio Castroneves in sixth.

Josef Newgarden was seventh-fastest, ahead of Rinus VeeKay in eighth, then Colton Herta in ninth, with Pato O’Ward – winner of the second race in last year’s double header at Texas – completing the top ten.

Romain Grosjean will start his first race on an IndyCar superspeedway from 13th place. Fellow sophomore driver Jimmie Johnson starts 18th. The fastest IndyCar rookie in the field was Devlin DeFrancesco, who qualified 17th ahead of Johnson.

Veterans Ed Carpenter and JR Hildebrand were 21st and 26th, respectively, in their first action of the season. Meanwhile, the Rahal Letterman Lanigan Racing team struggled for grip in their qualifying runs – Jack Harvey was 24th, rookie Christian Lundgaard was 25th, and Graham Rahal was 27th and last in the order.