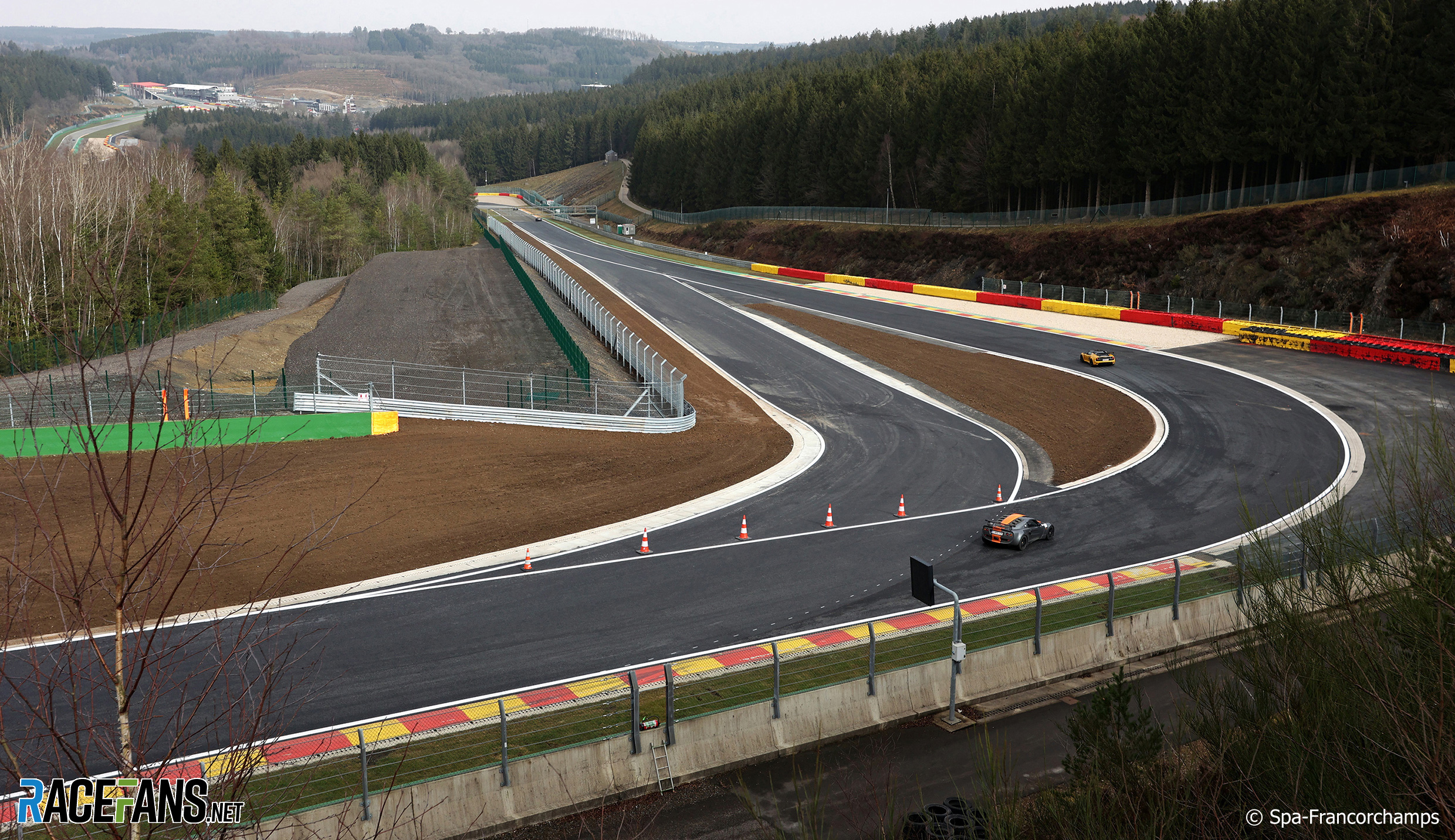 The operators of the Spa-Francorchamps have completed the first phase of the track renovations ahead of the 2022 season.

The circuit operators have spent £20.7 million (€25m) on alterations to the venue which will host the Belgian Grand Prix in August. The changes are intended to retain the character of one of Formula 1’s most cherished and demanding circuits while improving safety standards for car and bike races.

Chairman of the board Melchior Wathelet said the construction work which took place over the winter have produced a track which “remains identical but with safety strengthened.”

“Our track has been subject to various adaptations in order to receive the double approval from the FIA for motorsport competitions and Grade C from the FIM for motorcycle competitions,” he added.

Significant earthworks have allowed more run-off space to be created at the famed Eau Rouge and Raidillon complex. The extremely fast sequence has been the scene of several serious incidents in recent years including Anthoine Hubert’s fatal crash in 2019.

The track has been resurfaced in places and new gravel traps installed at several corners. An alternative track configuration has been added at Speaker’s Corner, while the original layout has also been retained.

“These works represent, in figures, apart from our own teams, 250 people working over five months, over a hundred machines, more than thirty businesses,” said circuit CEO Amaury Bertholome. “This is important, with a large part of these local Walloon companies whose expertise and proficiency are to be emphasised.

“We’re speaking about a lot of work in a very short timeframe: renovation of all the run-offs, new gravel traps, re-surfacing of some parts of the track – after La Source, to the Raidillon and to Speaker’s Corner – and construction of a brand new grandstand at the top of the Raidillon: 4,600 places, reception areas and a breathtaking view.

“It will be accessible to the public for the World Endurance Championship at the beginning of May. In the Endurance area, in the descent from La Source towards the Raidillon, the stand and terraces will make their re-appearance in 2023.”