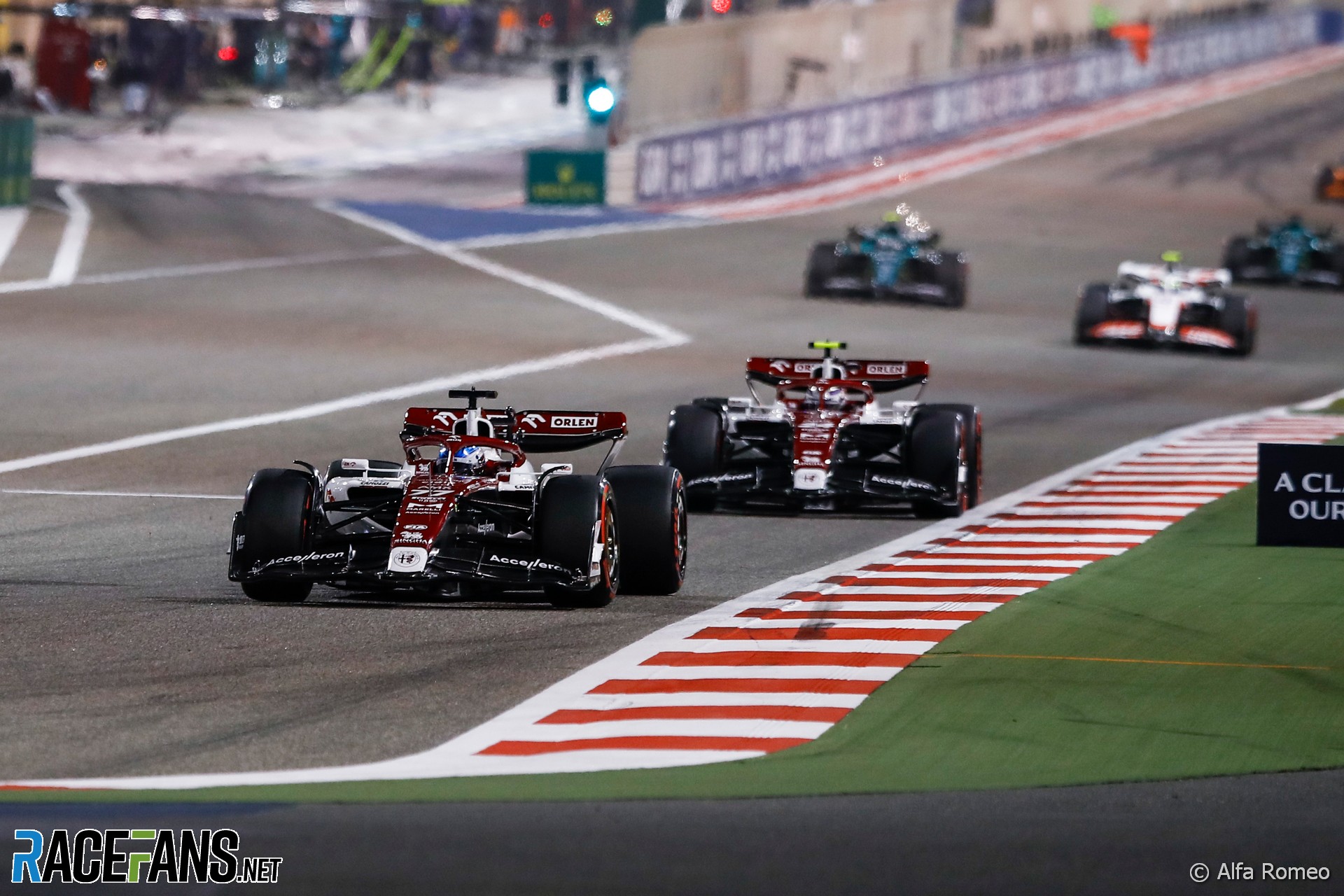 Alfa Romeo is looking into how it can improve its performance at the start of races, after Valtteri Bottas and Zhou Guanyu lost more places than any other drivers on lap one in Bahrain.

Bottas fell from sixth to 14th at the start while Guanyu slipped from 15th to 19th.

“We’re still facing some issues with the start with this new car,” admitted trackside engineering director Xevi Pujolar after the race. “It’s something that we thought we made some progress, but still we are having a problem on this area.”

“Both cars experienced a very poor start,” he explained. “Then not only the start, but also trying to get grip and avoiding incidents during lap one.

“So that one definitely is an area that we’ll have to take some actions and try to understand a bit more, see how we can solve it or try to mitigate as much as possible for the next week because we don’t have so many days.” The next round of the championship takes place at Jeddah Corniche Circuit this weekend.

Pujolar said his team is not alone in encountering the problem. “It’s something that we see that we’re not the only ones who are experiencing these kind of issues. But [in Bahrain], for us, it was worse.”

The team scored nine points in the first race of the season, just four less than it managed over the whole of 2021. While several of their rivals have pointed to the gains made by power unit supplier Ferrari, Pujolar believes the engine manufacturers are at a similar level this year.

“It is not only about the power but for sure now we are in a position that we can fight with everyone,” he said. “It doesn’t matter if it’s Alpine, [Red Bull] or Mercedes engines, we can be there and that’s helping a lot in terms of performance.”