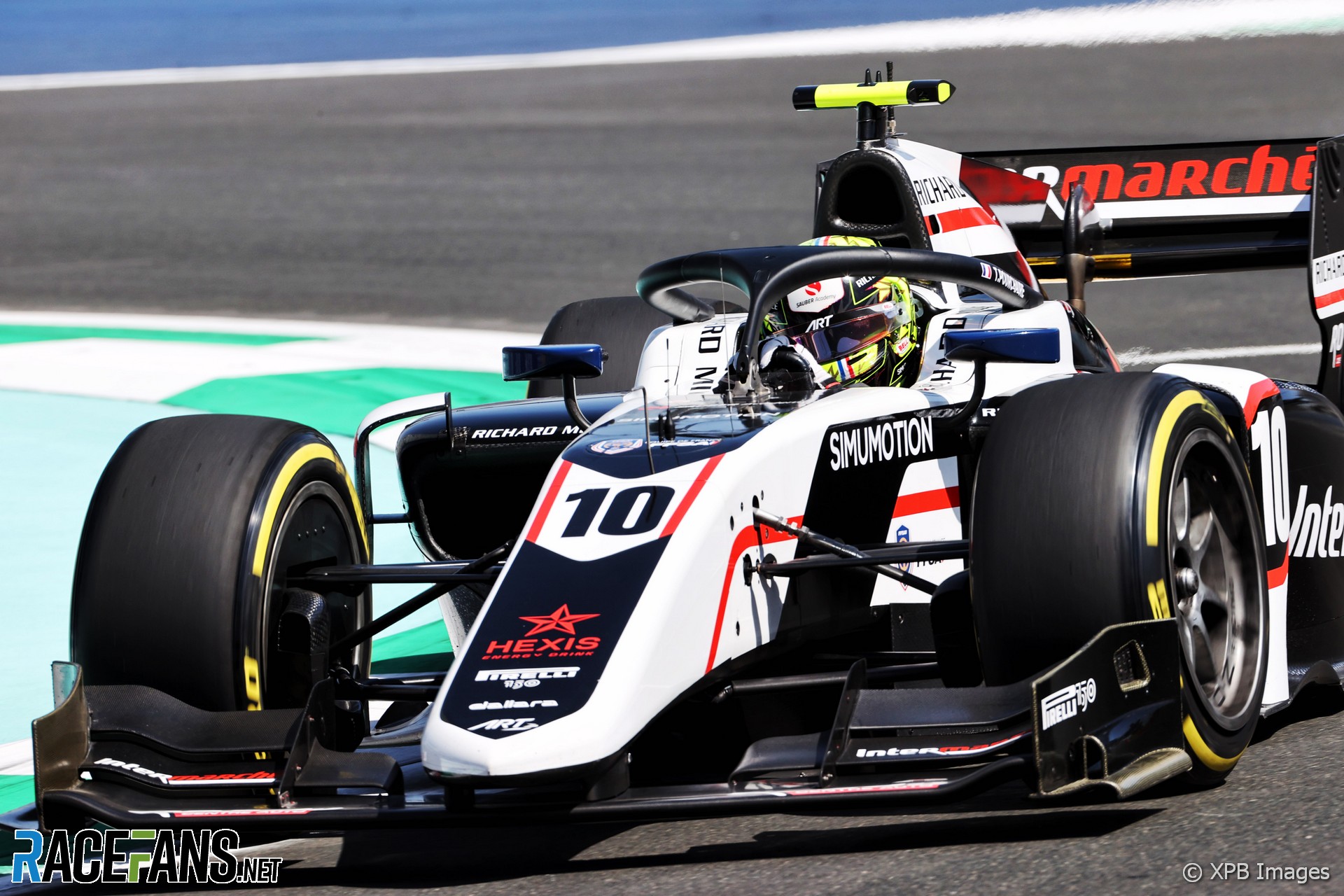 Cem Bolukbasi, one of two drivers who crashed during Formula 2’s first practice session in Jeddah, has been taken to a local hospital for precautionary checks.

The Charouz driver, in his first F2 campaign, caught a snap on the entry through turn 10. He spun around heading backwards into the barriers at turn 11 and then being dragged along it by momentum.

The red flag was shown to neutralise the session. However it took over three minutes for marshals and the medical car to be able to attend Bolukbasi. He was able to exit the car under his own power, when the medical car arrived and was initially taken to the on-site medical centre.

In a statement, the FIA confirmed Bolukbasi had subsequently been taken to a local hospital for further checks. “The FIA advises that an incident occurred during the FIA Formula 2 Practice Session today, 25/03/22, in Jeddah, Saudi Arabia, involving car number 23, Cem Bolukbasi.

“The driver has been transferred to King Fahad Armed Forces Hospital, Jeddah for precautionary checks.”

“I’m okay,” Bolukbasi posted on social media. However his participation in the afternoon qualifying session remains in doubt.

Theo Pourchaire also suffered a violent crash during the practice session, losing control of his car through turns 22 and 23 and crashing into the barrier on the outside of turn 24. The ART driver immediately exited his car and then asked marshals for a fire extinguisher to deal with overheating at the back of his heavily damaged car.