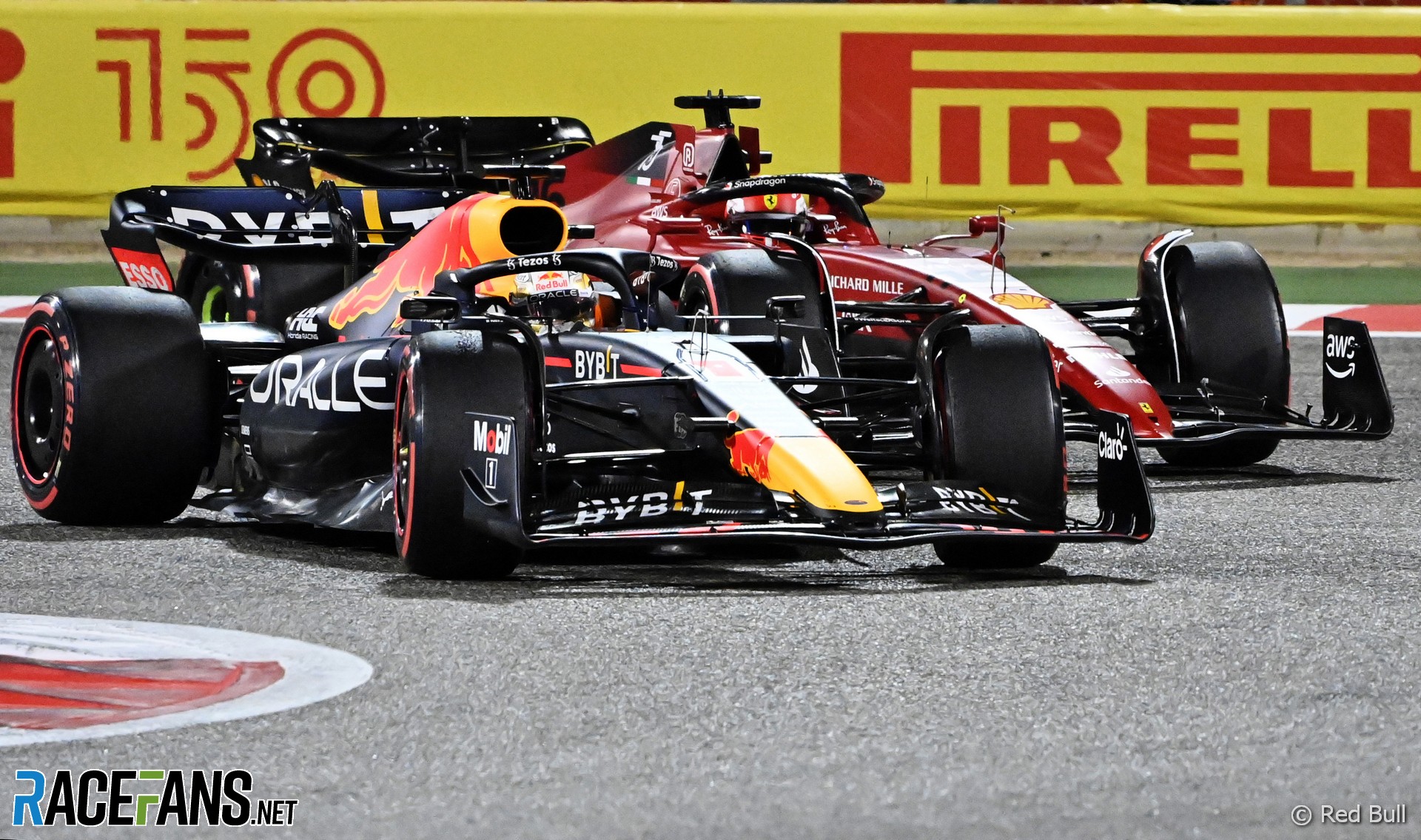 Heading into the 2022 Formula 1 season, much was made of the sport’s radical new aerodynamics rules and whether it would create the closer racing those running it have long craved.

But an equally radical chance was made on the mechanical side. F1 finally did away with its 13-inch wheel format in favour of new 18-inch rims and taller tyres.

Pirelli therefore had to develop an entirely new range of rubber for 2022. And that crucial chemical interaction between rubber and road would go a long way towards determining whether F1’s new rules package was deemed a success.

It’s the biggest change Pirelli has made in the 11 seasons since it took over as F1’s official tyre supplier. Adding to the challenge, the new tyres had to be developed for machines which did not turn a wheel until last month. Teams produced ‘mule cars’ for testing purposes which provided an inexact, though useful, approximation of what was to come.

Last week’s Bahrain Grand Prix marked the first real-world test of whether F1’s new Aerodynamic and tyre rules are having the intended result. Speaking exclusively to RaceFans on Thursday ahead of the second race of the season, Pirelli’s head of motorsport Mario Isola said the performance of the tyres in the opening round had been encouraging, if not exactly in line with their forecasts.

“I would say that I’m happy with the result,” Isola said. “They were not working exactly as predicted, but don’t forget last year we tested the tyres with the mule cars and some of the numbers we collected are probably slightly different compared to what we have now with the new cars.”

The biggest difference Pirelli discovered was the performance gap between the three compounds was far beyond what they expected following last year’s test. A difference of around half a second per lap was predicted.

“In Bahrain, it was more,” Isola explained. “It was one second between hard and medium, 1.2 between medium and soft. And also the level of degradation was higher than expected.”

This was not fully in line with the goals set down in the ‘target letter’, which is drawn up in consultation with the FIA to define the tyres’ performance characteristics, said Isola. Nonetheless, teams’ strategies varied until the late Safety Car deployment.

“These two elements together were making the race interesting because with these numbers, even if different from the target letter, it was possible to have many different strategies.

“Some people tried the hard, some people focussed the race on the medium and the soft. Some people during the race decided to switch from a two-stop strategy to a three stop. Then the Safety Car was clearly helping everybody to move onto a three-stop strategy. But we had many teams and cars opting for different choices.

“It was also difficult for them to decide which tyres to return after free practice, because that was affecting the number of tyres available for the race. For example, the medium was a good race tyre, but only Alfa Romeo and Williams had only two sets of mediums available for the race. So there was a lot of strategy behind that. That was exactly what we wanted to achieve with the new tyres.

One of the most encouraging elements from the opening race weekend, Isola says, is that drivers appear to have more freedom to push to overtake cars ahead with the new tyres and the new ground effect cars. That should allow drivers to follow more closely to their rivals without losing too much performance.

“[The tyres] seem to suffer a lot less from overheating,” Isola said. “Drivers could push during the race, that’s visible. When they were following each other, it was possible to overtake more than once.

“Until last year, if you remember, they were trying to overtake one, two times and the tyres were overheating and they had to pull back. While in Bahrain, we had many different actions on track. I’m not just talking about the leaders, but also in the back.”

Isola does not expect the high degradation seen in Bahrain to become a common factor across the rest of the season, with the Sakhir circuit’s abrasive asphalt being the prime culprit for the heavy wear over the weekend.

“The performance [and] behaviour of the tyre was in line with our expectation,” he said. “We were expecting some understeer in low-speed corners because of the characteristics of the new aero package. The rear tyres were working well. We didn’t have any graining, we didn’t have any blistering. So it’s a very good result.

“Considering that Bahrain is a circuit where you have high temperature, the track roughness is the highest of the championship, it requires a lot of traction because it’s quite a stop-and-go circuit, the tyres were working well.”

Heading into the second round of the season in Saudi Arabia – and first street track – Pirelli expect a different kind of race weekend from their softer range of tyres at the Jeddah Corniche Circuit.

“It’s a lot more fast and flowing circuit with a lot of lateral energy, but not a lot of traction,” explained Isola. “So the set-up is probably different, the way in which they approach the race is different.

“We are going to use the C4 for the first time, so we are one step softer compared to the race in Bahrain. But also the track, the Tarmac is different.

“We were just discussing in the briefing that they water-blasted some parts of this circuit – that means that the grip is probably a bit inconsistent along the circuit because this water blasting was in some parts, but not all around the circuit. We need to understand and I believe teams will be focussed a lot on the C4, the soft tyre, to understand how this tyre is working compared to the other two they know from Bahrain and from the test.”

With such a major change to the tyre specifications for this season, Isola admits there is still a great deal for Pirelli to learn about their new tyres as they plan for the seasons ahead to follow.

“The product is completely new. With five compounds, we need to cope with 23 different circuits, 10 different teams, 20 different drivers and clearly we need to find what we say is the best compromise.

“So our job now is to collect data at the beginning of the championship, make a plan for tyre development test for the rest of the season, understand if we need to fine-tune the product for next year.”

This year’s tyre testing will be more representative, he adds. “Now we can test with the real cars, so it’s a bit better. I’m not complaining about the mule cars – obviously in that situation, the teams did an excellent job to provide us mule cars. But mule cars were different and so now we need to understand if the tyres that we developed with the new cars are okay.

“During the season, our product is frozen – so it’s not like the teams, who are developing the car. We have to freeze the product, let’s say, November, December of the previous year – we cannot change it for one year. But we can collect data, understand what we can improve for the following year and that’s what we are going to do, starting from the first test, which is after Imola, so that’s the plan.”

7 comments on “Exclusive: The changes Pirelli saw in Bahrain which promise more close racing in 2022”