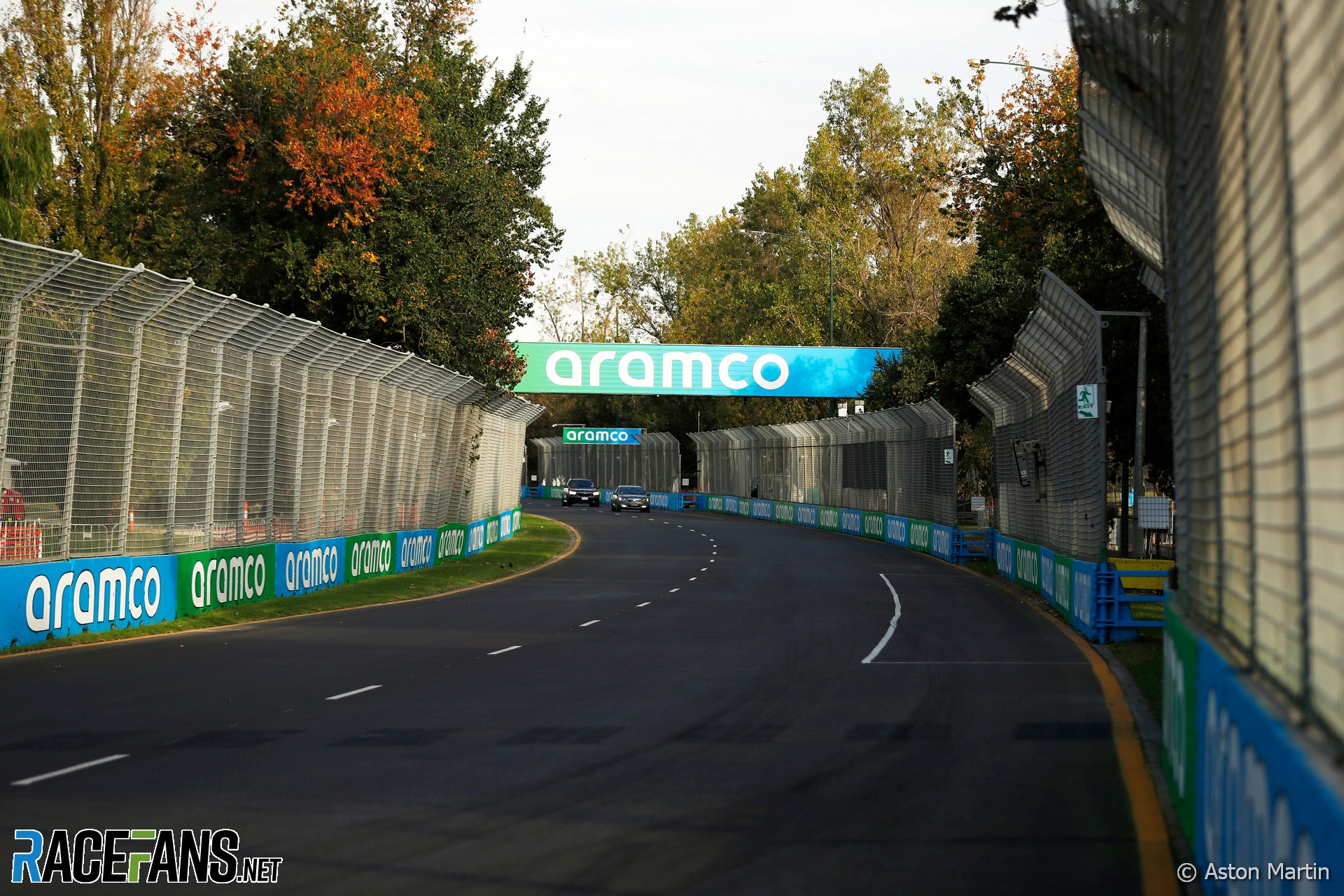 Pirelli has made a departure from its recent tyre selection approach this weekend in the hope of creating more varied strategies at the Australian Grand Prix.

In recent years Formula 1’s official tyre supplier has invariably selected consecutive compounds for each race. However it has brought the C2, C3 and C5 rubber to Melbourne, skipping the C4, which was the softest tyre used at the last round in Jeddah.

Pirelli’s head of motorsport Mario Isola said the manufacturer wanted to create a larger gap in performance between the medium and soft compound tyres.

“During our tyre test we found that the delta lap time between the C3 and the C4 was quite small,” Isola explained. Pirelli expected between 0.4 and 0.5 seconds difference per lap between the two around Jeddah’s 6.174-kilometre track.

Around the shorter Albert Park course, Isola said Pirelli expect the difference to be “less than 0.3” of a second. “So we decided to jump one level, that is always possible, and bring to Melbourne C2, C3 and C5,” he said.

This is the first time Pirelli has put a ‘step’ in its tyre selections since the 2018 Singapore Grand Prix. It comes in the third race for its new rubber designed for F1’s recent-introduced 18-inch wheels.

“We did it in the past sometimes in some occasions, [when] we wanted to create a bit more uncertainty and headache for the strategy engineers,” Isola continued.

Putting a ‘step’ in the compound this weekend should mean the lap time delta between the soft, medium and hard tyres is similar.

“Sometimes it works well because if the delta between C2 and C3, I assume is similar to what we have seen in Bahrain, around a bit less than one second per lap, probably between C3 and C5 is in the range of one second or something like that,” said Isola. “That means that we have three compounds that are correctly spaced in terms of lap time. That was the reason why we decided to nominate C2, C3 and C5.”