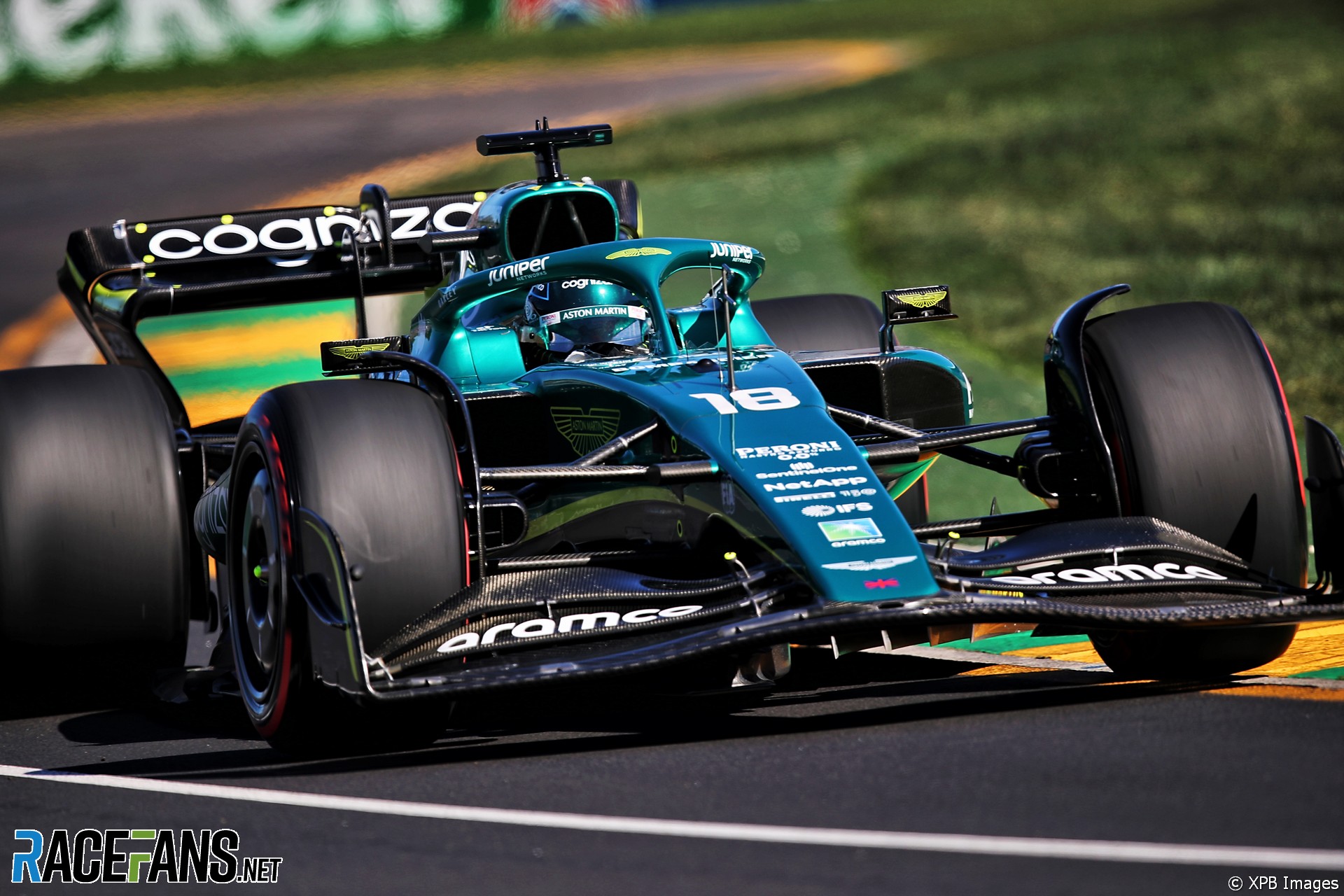 Carlos Sainz Jnr was given a formal reprimand for impeding a rival in first practice, while Lance Stroll was cleared over a similar incident.

However Stroll is under investigation again following another incident in second practice where he appeared to get in Sainz’s way.

Sainz was reprimanded for impeding Zhou Guanyu during the first hour of running. The stewards acknowledged Ferrari tried to warn their driver about the approaching Alfa Romeo, but a radio fault made it difficult for him to hear them.

“Car 55 [Sainz] was on his first lap of the session, having been delayed starting the session,” the stewards explained. “Car 24 [Zhou] was on a push lap.

“Sainz admitted that because of his issues getting onto the track that he was distracted and still getting adapted to the track. Additionally, there was a problem with his radio volume, which was also noted by the stewards in their review, that prevented him from hearing calls from his team about Zhou’s approach.

“Sainz took evasive action as soon as he saw Zhou, but it was too late to avoid impeding him as Sainz himself acknowledged.”

Stroll was cleared of holding up Kevin Magnussen because the stewards ruled his team had been unable to tell the Haas driver was doing a second consecutive ‘push lap’.

“[Stroll] was on a cool down lap,” the stewards noted. “Stroll was told by his team that Magnussen was in phase with him and not on a push lap, because they had not recognised his double push lap program at that early point on the lap.

“Stroll did not attempt to stay out of [Magnussen’s] way, as he could not determine that he was actually on a push lap from the short period of time he was visible in his mirrors. He, therefore, relied on his team’s radio calls.

“The stewards recognise the difficulty the teams have in recognizing ‘non-standard’ programs such as this in practice and choose to take no further action.”

Stroll faces his second investigation of the day for holding Sainz up at turn 13 early in the second practice session. He was one of several cars Sainz passed, but was slowly rounding the apex of the corner when the Ferrari came by him, narrowly avoiding contact.

Lewis Hamilton is also under investigation for impeding Stroll in second practice. The Aston Martin driver previously complained about being held up by his rival in first practice, but the stewards decided not to investigate that incident.

8 comments on “Sainz reprimanded, Stroll cleared but under investigation again”