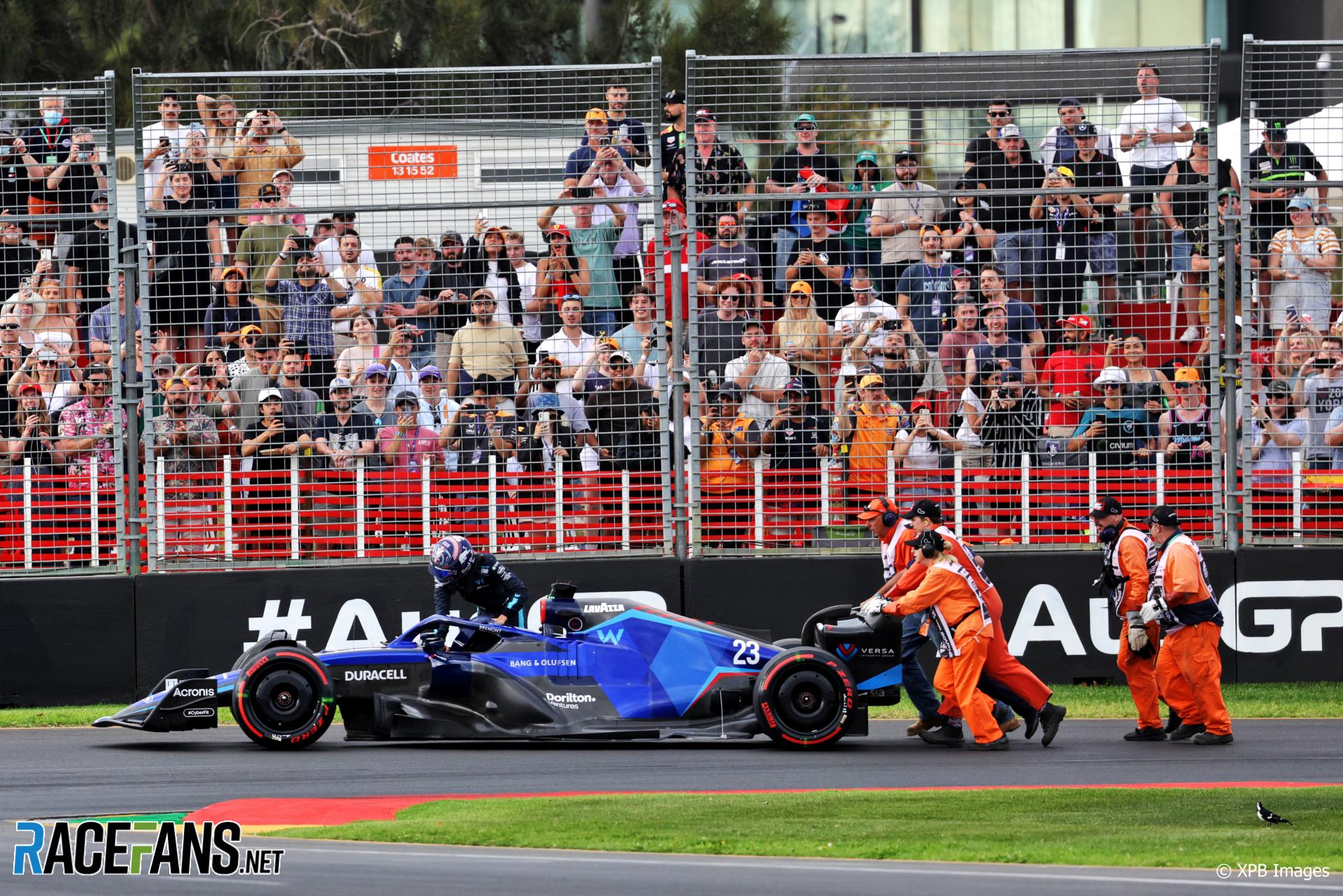 Alexander Albon’s qualifying result is in jeopardy as insufficient fuel was found in his car at the end of qualifying.

The Williams driver qualified 16th for the Australian Grand Prix, but was due to start 19th as a result of his three-place grid penalty for colliding with Lance Stroll at the previous race.

However, after the qualifying session, FIA technical delegate Jo Bauer reported his team had been unable to obtain sufficient fuel from Albon’s Williams to analyse it. By the rules, drivers must supply a sample of one litre plus enough fuel required to drive back to the pits.

Albon was told by his team to stop his car at the end of Q1. They did not indicate why. He pulled up at turn 13, shortly before the pit lane entrance. Albon said on his radio “I think I can make it” but was told: “No, we have a slight issue.”

Bauer said the rules required Albon’s car to contain an additional 150ml of fuel, given where he had come to a stop, meaning the car should have contained a total of 1.15 litres. However they were only able to extract 330ml.

Failure to provide a fuel sample ordinarily leads to disqualification, as was the case for Sebastian Vettel when he finished second on the road in last year’s Hungarian Grand Prix.

Albon originally qualified 16th, but was due to start 19th as a result of the three-place grid penalty he collected at the previous round. If he is disqualified from qualifying he will likely be allowed to start from the back of the grid.