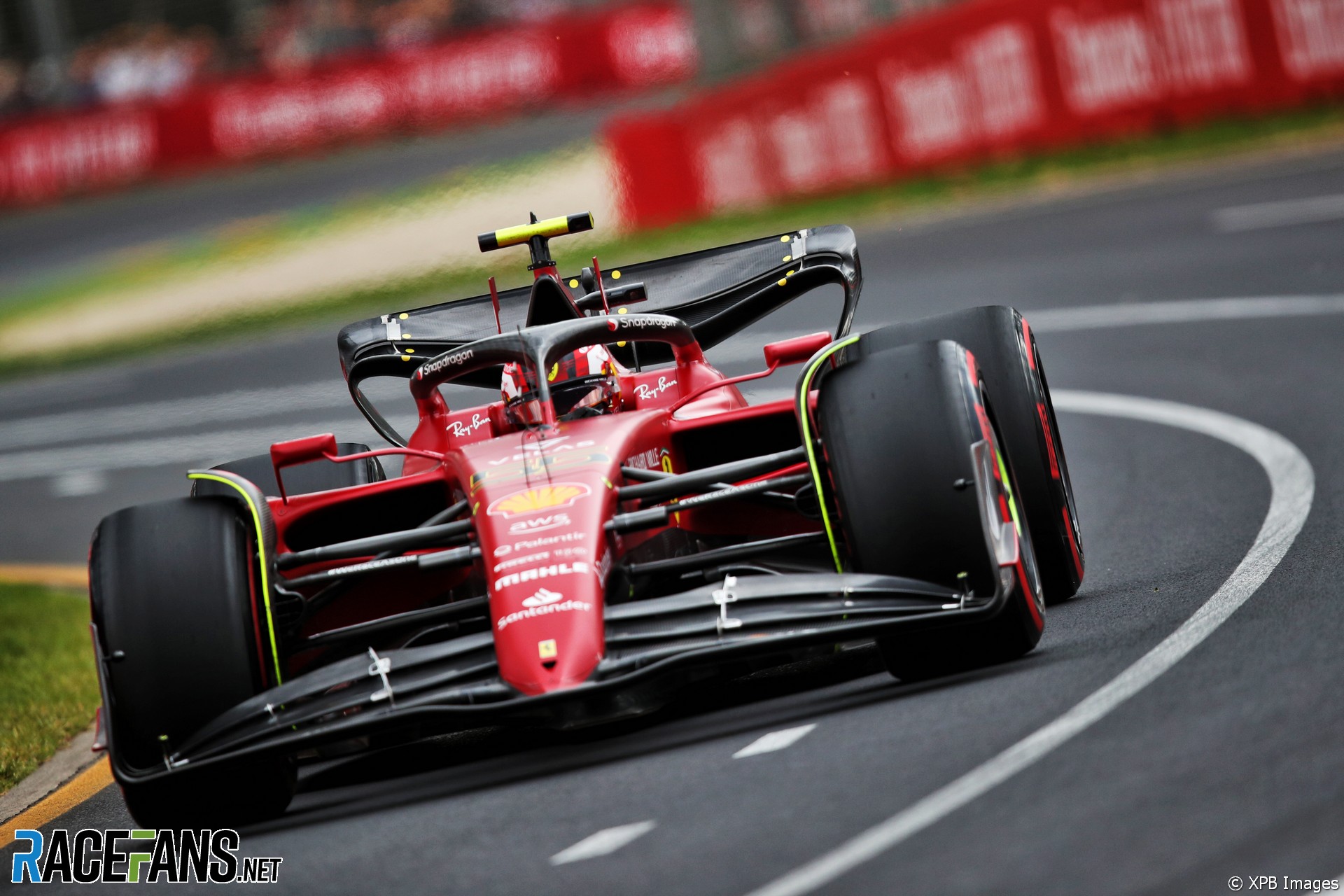 Carlos Sainz Jnr did not hide his frustration after a series of misfortunes in qualifying left him only ninth on the grid for the Australian Grand Prix.

Sainz had been quicker than team mate Charles Leclerc over the opening two sectors of his first flying lap in Q3, but was denied the chance to complete the lap when race control red flagged the session because of Fernando Alonso’s crash at turn 11. Sainz was mere metres from the finishing line when the session was halted.

When Q3 eventually resumed, with seven minutes remaining, Sainz did not take to the track again until there were only three minutes left on the clock, meaning he didn’t have time to run extra laps to prepare his tyres as others did.

“What do I have time for?,” Sainz asked race engineer Riccardo Adami as he made his way out onto the circuit. “Single push. Single push, I’m afraid,” Adami replied.

When he began his timed effort, Sainz was again quicker than Leclerc over the first two sectors of the lap, until he ran wide on the exit of turn 10 and onto the gravel, ruining his only effort. He was slowest of all drivers to set a time in the final qualifying segment, taking ninth on the grid.

“Yeah, sorry about that,” replied Adami.

Sainz revealed a problem with an engine starter had delayed Ferrari in sending him out after the session had resumed, leaving him time for only one flying lap.

“The lap at the end we had a problem with the starter,” Sainz explained. “We couldn’t start the car. We went out three minutes later to when we were planning to go out, I couldn’t prepare the tyre. I couldn’t warm up the tyre.

“Everything was rushed and I had to do a lap with freezing tyres on and it was a horrible lap for that. It was gravely un-luck. Everything that could go wrong in Q3 went wrong, especially because I was in the fight for pole position for the whole quali.”

After two rounds where he had been both out-qualified and out-raced by team mate Leclerc, Sainz admitted he was “angry” about his missed opportunity in Melbourne. “We shouldn’t have these problems with a starter and it was just a disaster,” he said.