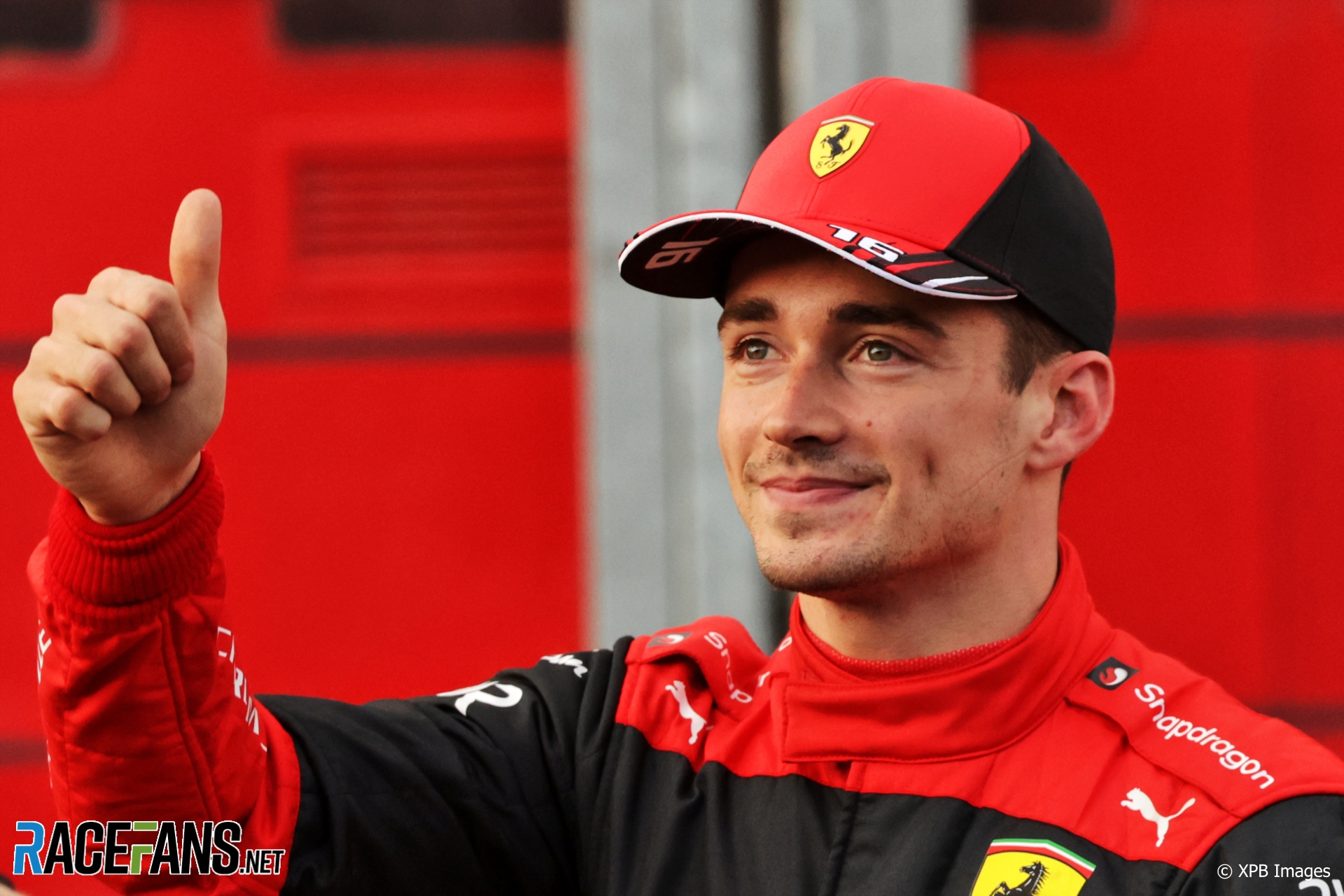 Charles Leclerc has kept his pole position for the Australian Grand Prix after the stewards investigated whether he slowed excessively on an in-lap during qualifying.

Two other drivers were investigated for the same reason. Zhou Guanyu was cleared but Yuki Tsunoda was issued a reprimand.

The stewards noted Leclerc “breached” the minimum time between the two Safety Car lines, while Zhou “slightly breached” it. However the stewards ruled both drivers lost time because they had slowed to ensure they did not impede others.

In Tsunoda’s case, the stewards judged “the required minimum lap time was breached without good or apparent reason.”

The minimum lap time, which is measured between Safety Car Lines Two (at pit exit) and One (at pit entry), was set at one minute and 36 seconds for this weekend. It is enforced to ensure drivers do not lap too slowly on their in-laps and create a safety risk.

Leclerc took over two minutes and 10 seconds to pass between the two lines when he entered the pits. However the stewards ruled he did not initially intend to pit.

“[Leclerc] started a lap that was intended to be a cool down lap, not an in lap, which would not be subject to the minimum time restriction of the regulation. Part way through the lap, the decision was made to come in.

“During the lap there was heavy traffic and Leclerc took effort to ensure that he did not impede other drivers on push laps. These efforts significantly slowed his lap time. As a result, the minimum time was breached.

“The stewards accept the driver’s rationale for his actions; find that he acted reasonably under the circumstances; and, therefore, take no further action.”

Tsunoda collected his third reprimand of the season for his infringement. Until last year, that would have automatically triggered a 10-place grid penalty. However the threshold has been raised to five, meaning if he collects two more reprimands he will receive the grid drop.

24 comments on “Leclerc and Zhou cleared, Tsunoda reprimanded for driving too slowly”