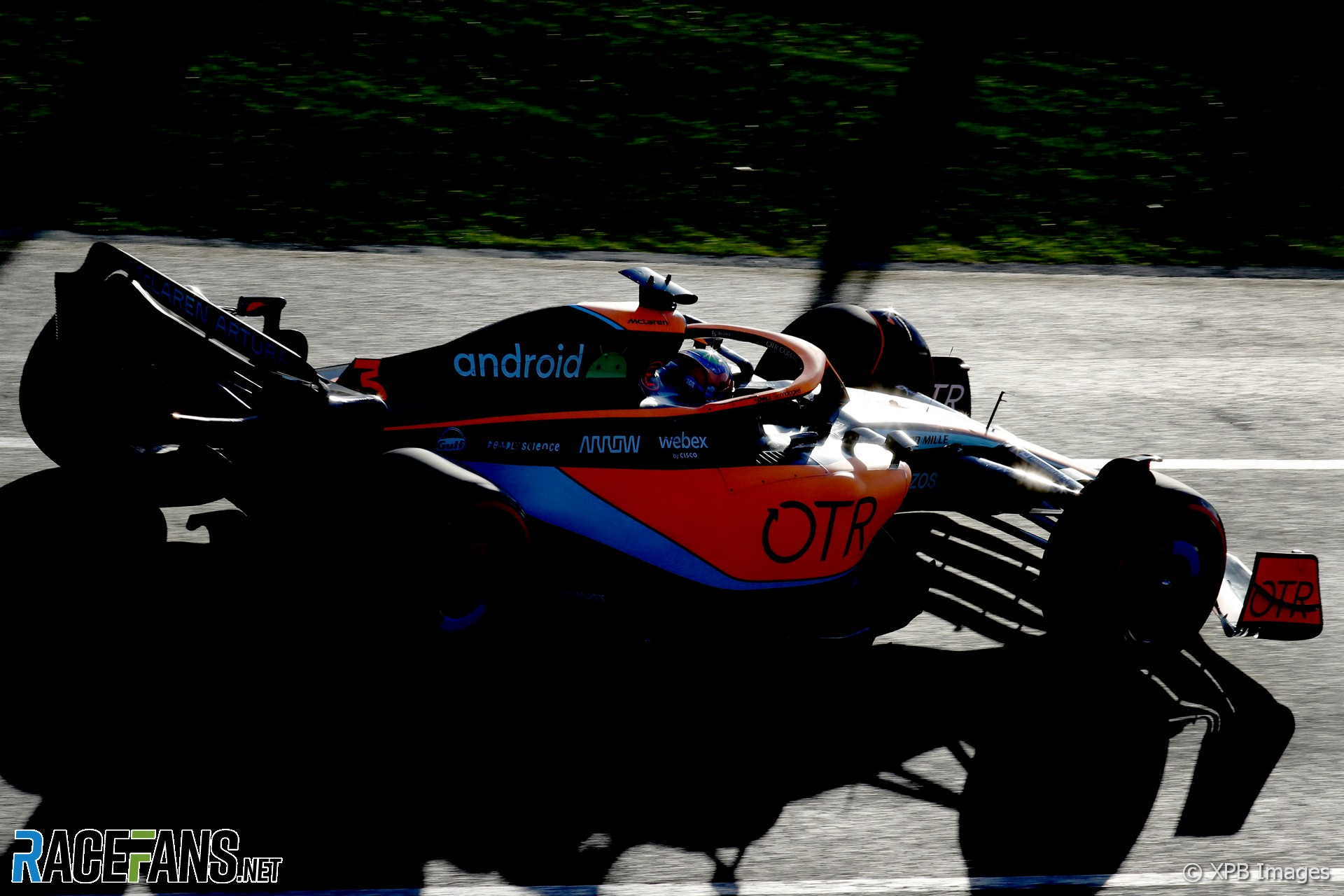 Visibility became a significant problem for Formula 1 drivers in the closing stages of qualifying for the Australian Grand Prix after a series of disruptions.

Qualifying was red-flagged twice, first for a collision involving Lance Stroll and Nicholas Latifi in Q1, and again when Fernando Alonso crashed in Q3. The start of Q2 was delayed after Alex Albon was told to stop his Williams on circuit at the end of the opening phase.

Therefore qualifying, which was scheduled to end at 5pm local time, continued until after 5:30pm, around half an hour before sunset.

“There was one run that we literally couldn’t see,” said Daniel Ricciardo.”There was like four corners I could not find the apex.”

He admitted he was sat in his car for so long at one stage he began to feel tired. “It was interesting. You’re sitting in the car for so long, still, in the garage, you start to just get a little bit, even tired just from doing nothing.

“The red flags obviously I would prefer not to have them but fortunately I think everyone that had a crash is okay so that’s the main thing.”

Charles Leclerc was heard asking to be given the darkest visor available to avoid being blinded by the occasional strong bursts of light.

“I took a lot of risk there because I had no idea where was the limit of the track,” he said afterwards. “You are just guessing a little bit, just with the rhythm of the weekend you know more-or-less that you need to turn here.

“But I really had zero idea where was the limit of the track, and it was very tricky.”

Leclerc said his darkest visor still wasn’t dim enough for the conditions. “We went for a darker visor, I think the first run in Q3, there was some clouds around, so that was perfect.

“Then for the last run in Q3, braking for turn one was still very, very bad. But I don’t think we can do anything. Even with the darkest visor, it’s still not enough. And it will be too dark for the rest of the track where there are the clouds.

“So it’s just a compromise that we had to find. It’s the same for everyone in the end, but it was definitely extremely tricky. In the last sector also on the last Q3 lap I lost a little bit, just because it was very difficult to see where I was.”

10 comments on “‘On one run I literally couldn’t see’: Low light taxes drivers in late end to qualifying”