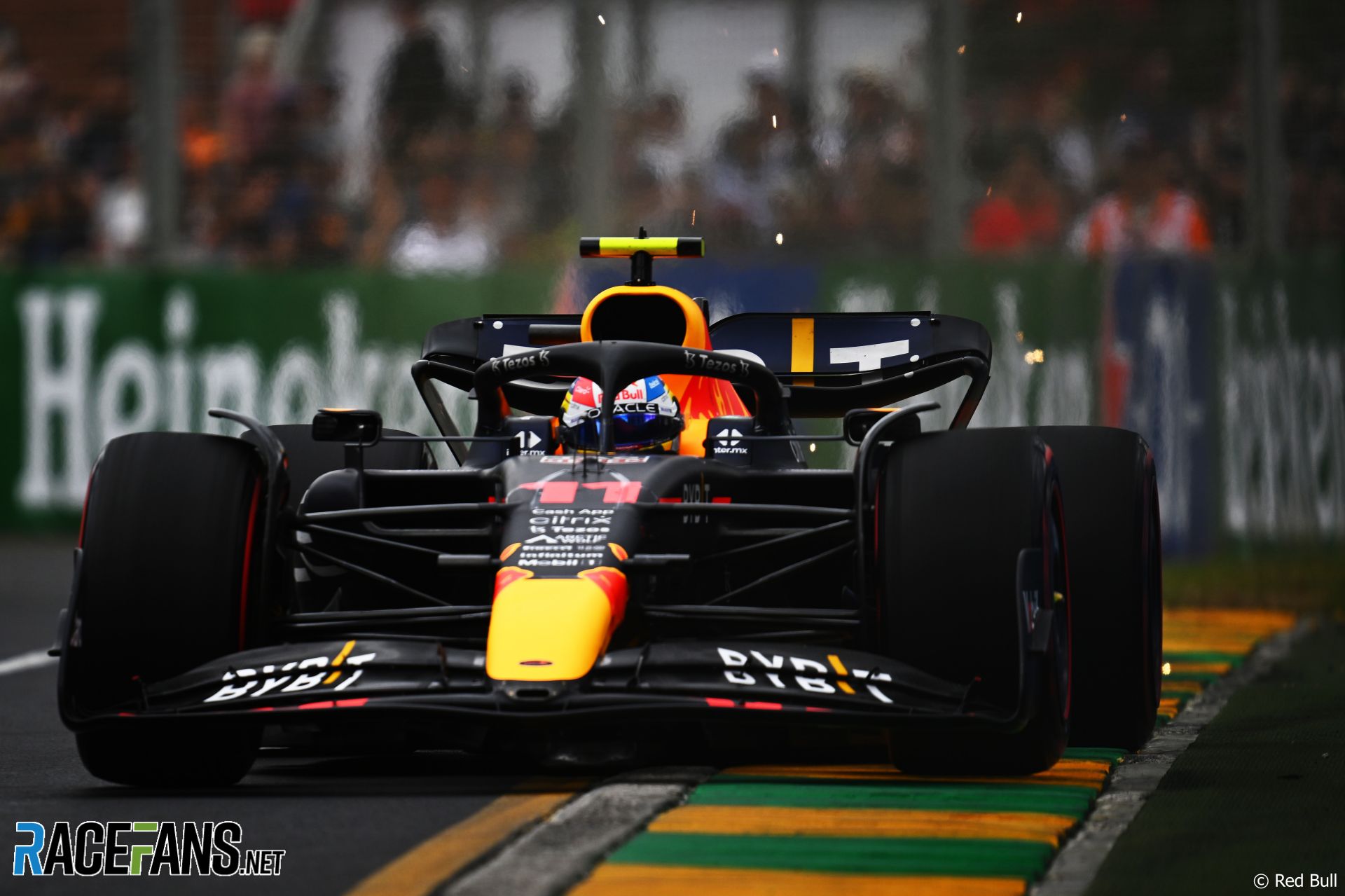 The Australian Grand Prix stewards have taken no further action against Sergio Perez after investigating him for speeding under yellow flags in Q2.

The Red Bull driver secured third on the grid but his position remained in question after it was announced he would be investigated for failing to respect yellow flags in the second qualifying session.

George Russell prompted a single yellow flag after making a mistake under braking for turn 11 on his first flying lap in Q2. As Russell attempted to recover to the circuit, Perez passed by the scene under a single waved yellow flag. He then went on complete his lap, posting a time three tenths slower than his team mate.

“I lifted,” claimed Perez after the session. “I lifted for more than half a second, just on the straight and I lost six tenths or so. So I think it should be a straightforward thing.”

After investigating the incident, the stewards cleared the Red Bull driver of failing to respect the yellow flag.

“As [Perez] approached turn 11, a single yellow flag was displayed for a car in the escape road,” the stewards explained.

“As a result of these actions, the stewards conclude that [Perez] acted appropriately to the situation and take no further action.”

The decision means Perez will start tomorrow’s race from third on the grid, behind Red Bull team mate Max Verstappen.

One comment on “Perez in the clear after yellow flag investigation”