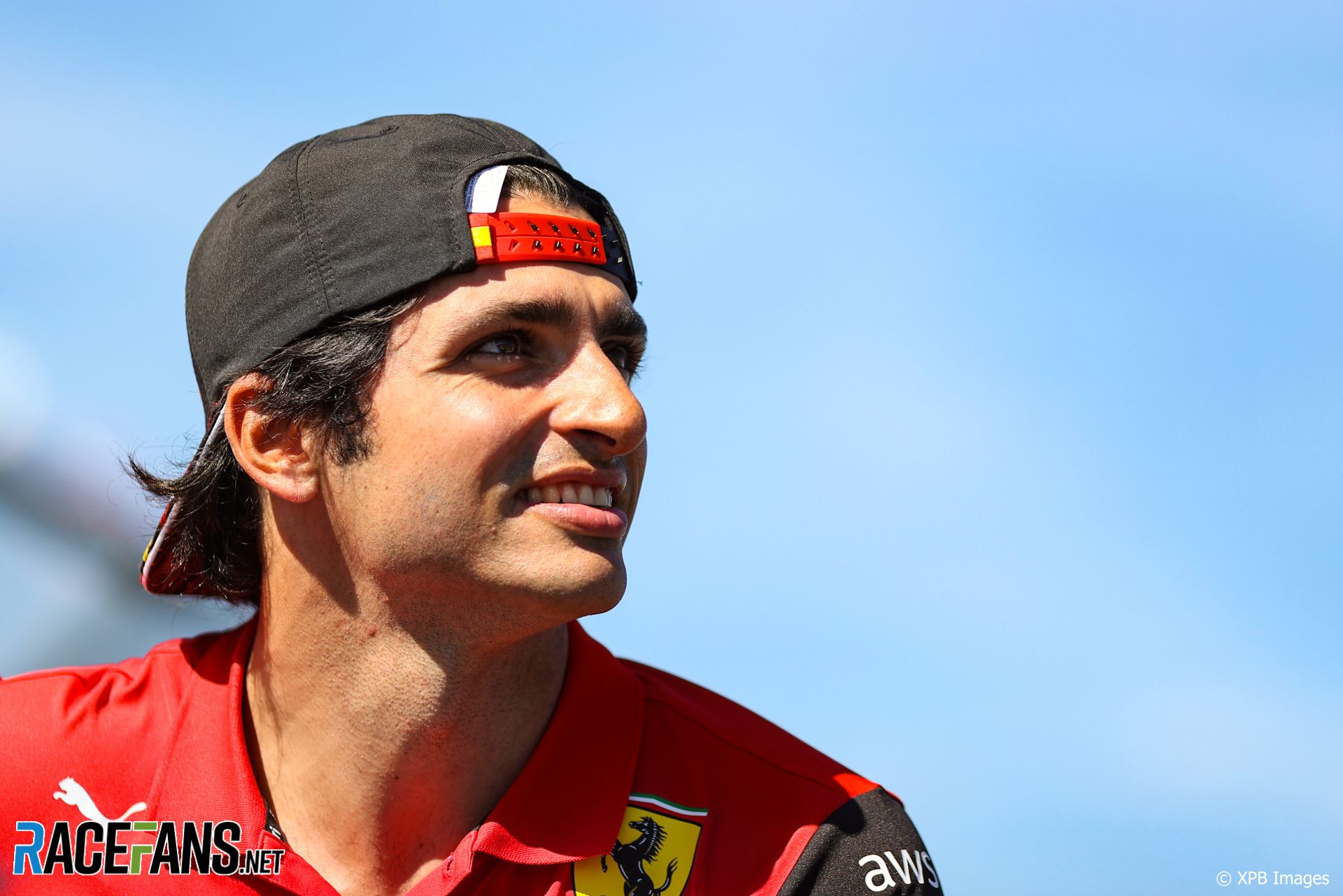 After confirming a new two-year deal to drive for Ferrari today, Carlos Sainz Jnr said he was amused by reports published elsewhere earlier this week which suggested his future at the team was in doubt.

Ferrari team principal Mattia Binotto said in late March the team was “extremely close” to finalising a new contract with Sainz, who joined them in 2020. Nonetheless some publications claimed two days ago Sainz and the team were at odds over a new deal.

“You can imagine how much I was laughing at home when people started writing these things because I had everything pretty much done and we were just waiting for Imola to announce,” said Sainz at the circuit today. “Funny times like always in Formula 1 with the gossip and all that.”

The new deal had been “super straightforward” to agree, said Sainz, who ended his first season with Ferrari fifth in the championship, ahead of team mate Charles Leclerc.

“To be honest it’s been easy going I guess after such a good first year like we had,” he said. “Just getting to agree through the winter was fairly easy for both parties.

“Now having the opportunity to announce in a place like Imola in front of the Tifosi on a weekend like this I think was ideal. So we put together a good plan for the announcement being here also.”

Sainz said it had been “key” to agree a two-year deal instead of a single-season contract extension. “I think it’s no secret recently that – not only me, I think you’re heard also other drivers saying – it’s important on the driver’s side to have the full mind focused on the performance, on the racing and not having to focus too much on what the future holds.

“For me, since I discovered this when I raced for McLaren, I’ve been very vocal towards it. Honestly I’ve been pretty sure all the winter that we were going to secure this so it’s not like I was worried in the first few races. But it always gives you that extra bit of a boost.”