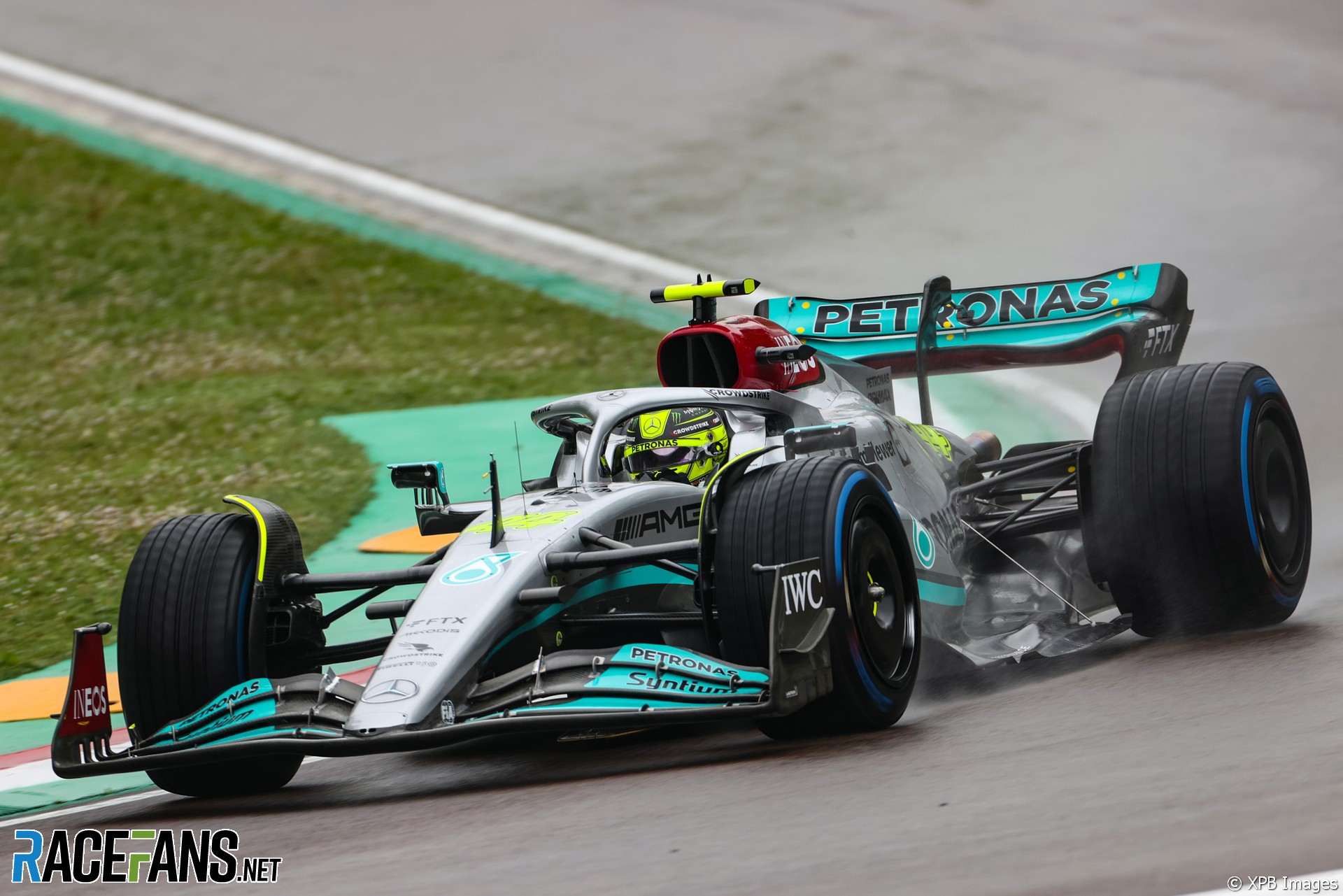 Lewis Hamilton says Mercedes “underperformed as a team” after neither of the team’s cars made it into the top 10.

The seven-times champion will start tomorrow’s sprint race from 13th on the grid. He and team mate George Russell were both eliminated during Q2.

“We come here with optimism and everyone’s working really hard at the factory and then things just don’t come together. It’s disappointing.”

Hamilton only made it through to the second round of qualifying by four thousandths of a second. He set a time at the beginning of Q2, but the session was red-flagged shortly afterwards, and rain fell which prevented him from posting any further improvements.

“I think we underperformed as a team today,” said Hamilton. “There are things that we should have done, we didn’t do.”

As this is a sprint weekend, Hamilton has the chance to improve his starting position for Sunday’s grand prix in tomorrow’s 21-lap race.

“We’ll work as hard as we can to move up in the sprint race,” he said. “It’s going to be a difficult race, but hopefully tomorrow’s better weather-wise, and who knows, maybe we can move our way forwards.”

At the end of Q2 Hamilton was seen speaking to Mercedes team principal Toto Wolff, who was visibly displeased. Hamilton did not elaborate on their conversation.

“It’s all internal stuff, I’m not going to share that,” he said. “But we’ll just keep working. It is what it is.”