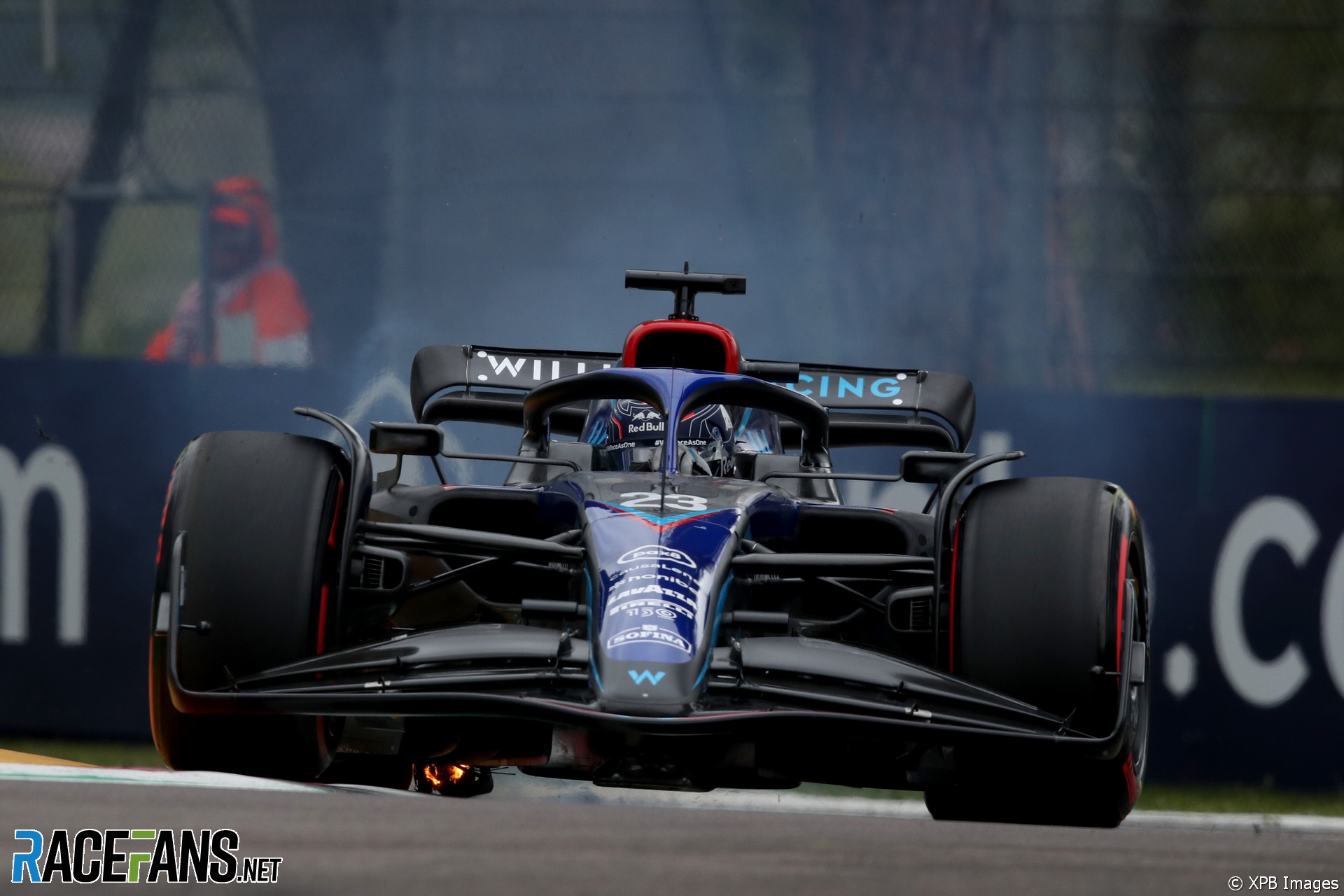 Williams have revealed Alexander Albon’s dramatic brake fire and explosion in qualifying occured because of an incorrect switch setting.

Albon’s right-rear brake ignited during Q1, then partly exploded, forcing him to retire from the session.

“Holy fuck I just lost the brake pedal,” Albon exclaimed at the time. “It’s just gone to the floor.” He drove slowly back into the pits where he was selected at random to visit the weigh bridge, but passed by due to his inability to brake properly.

The team’s head of vehicle performance Dave Robson revealed the team had failed to make a necessary settings change after Albon switched from intermediate tyres to slicks after the session began.

“Alex suffered with a brake issue due to an incorrect switch position when switching to the slick tyres,” Robson confirmed. “The combination of mixed conditions and the Sprint format is very tricky and today we did not rise to the occasion.”

“Unfortunately we suffered a brake system issue which ended qualifying early for us,” said Albon. “These things happen and we’ll go away and investigate tonight so we understand what went wrong and how we resolve it.”

Both Williams drivers were eliminated in Q1. Nicholas Latifi took 18th on the sprint race grid ahead of his team mate and Esteban Ocon, who was sidelined with a suspected gearbox problem on his Alpine.

“Nicholas struggled to find full confidence in the car in the difficult conditions, but he did well to start ahead of Ocon,” said Robson.

Latifi admitted he lacks confidence at the wheel of his FW44. “My issue is still not having the feeling to really push the car,” he said. “I don’t always have it in full dry conditions and mixed conditions usually only make it more difficult.