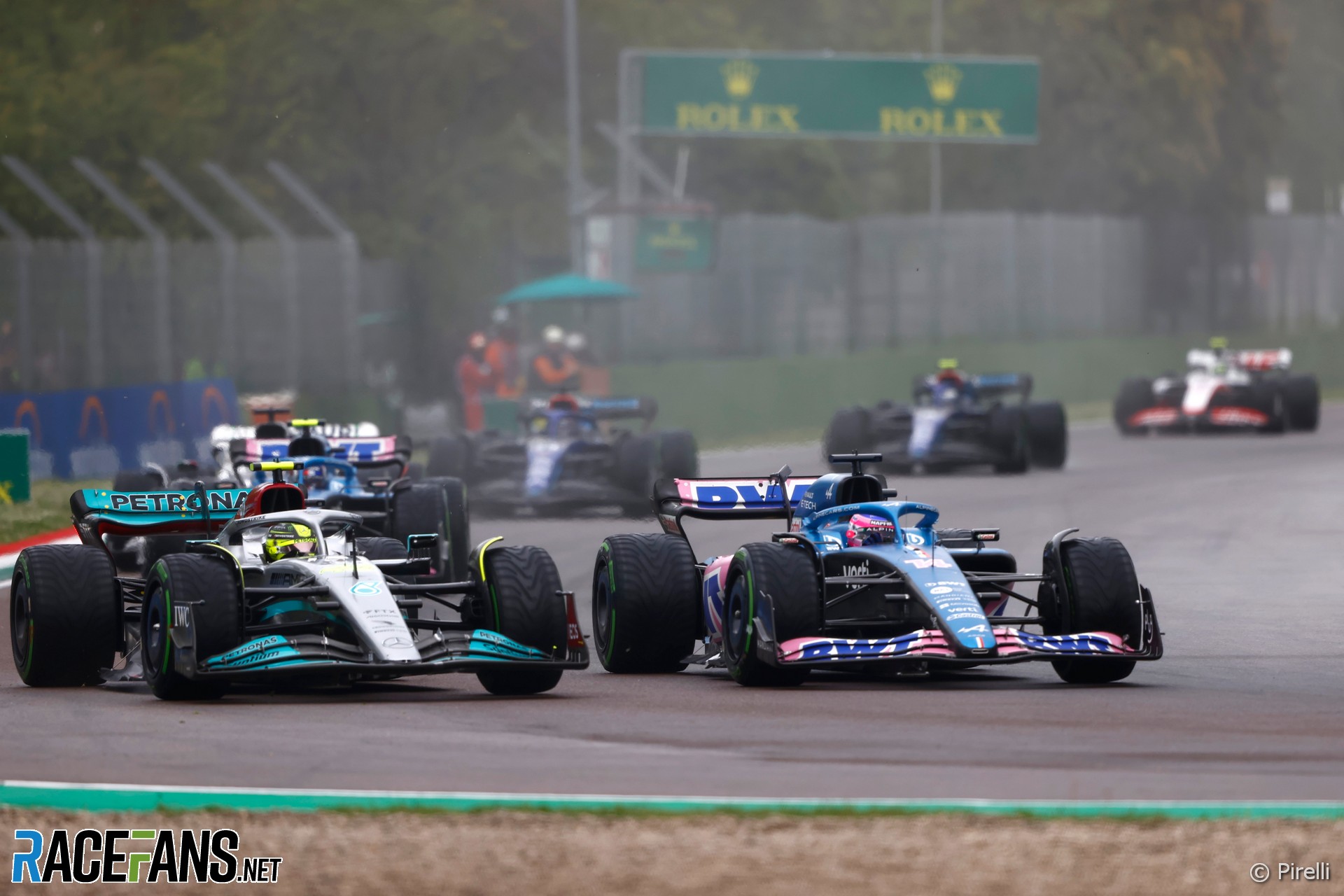 Fernando Alonso was left to rue more misfortune after retiring early from the Emilia-Romagna Grand Prix with damage.

A large hole appeared in his right-hand sidepod following contact with Mick Schumacher on the first lap. Alonso was surprised at the extent of the damage, relative to the contact.

“I didn’t feel much, obviously it was a very, very small touch with Mick,” he said. “I only saw on the replay and obviously that was enough to destroy my car.

“I think there are a lot of unlucky moments so far for me in the championship, out of my hands or my control, and this is another example,” he said.

“I prefer to finish the season better than start it good and then finish it bad,” he added. “So if you want to choose one way, it’s the other way around and finish on a better performance.

“But at the same time obviously when you see the races on TV, and I’ve been seeing too many at the moment in the first four, to have only two points in the championship, while I should have maybe 25 or 30, that’s painful.”

It is the latest setback for Alonso who hasn’t scored since the first race of the season.

“Everyone will agree that we’ve been very unlucky. We have some reliability issues. We had this problem in Australia qualifying.

“Today everyone is touching each other on the start and nothing happened. Their car seems unbreakable, but our car, it’s just a small kiss from Mick and is completely destroyed.”

“But let’s see, there’s still 19 races to go,” he added. “I remember last year after Imola, I had only one point and the season was a bit rough at that point and then we ended it in a high, the championship and quite competitive. So let’s see if this year we can do the same.”

Alonso was the only one of the two Alpine drivers running the team’s new floor. He said losing the opportunity to run it throughout a race will deprive the team of valuable data.

“I don’t know even if this floor will be useful in Miami or not. So there are a lot of consequences out of our hands or not by our own mistakes, only because of someone else or something, that is quite painful.”