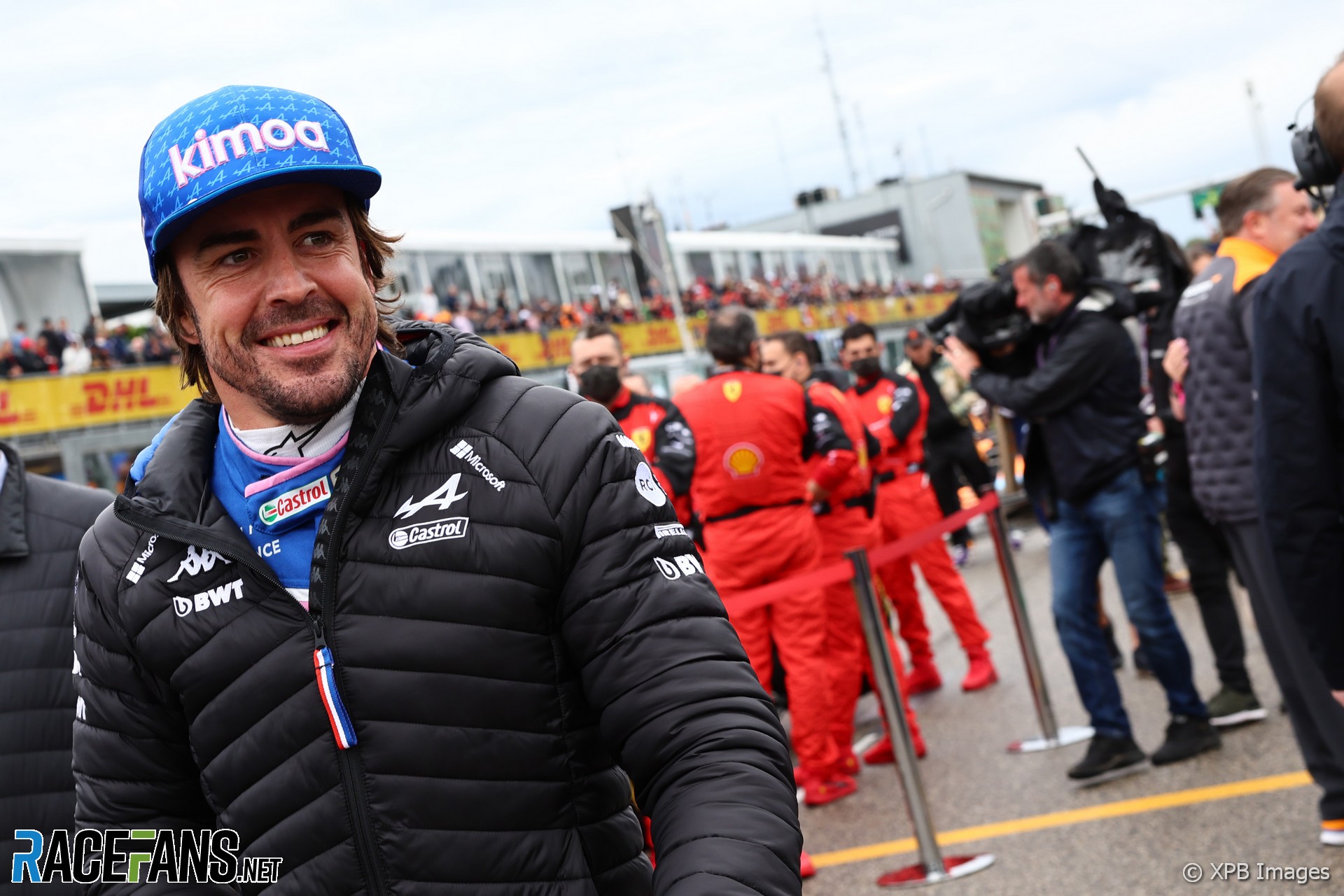 In the round-up: Fernando Alonso, the oldest driver in Formula 1 today, says he is motivated to continue in Formula 1 as long as he feels better than the competition.

Following his early retirement from the Emilia-Romagna Grand Prix, Alonso said he remains keen to stay in F1 as long as he feels competitive.

“I feel better than the others,” said the 40-year-old two-times world champion in response to a question from RaceFans.

“When someone comes and I see that he’s beating me on pure ability, I see that I’m not good anymore at the starts, I’m not good in preparing the car or the other side of the garage is one second faster than me, and I cannot match those times et cetera, maybe I raise my hand and I say ‘this is time for me to think [about] something else.’

“But at the moment I feel the opposite, so I love racing.”

Willaims had an updated rear wing that improved fight

After finishing 11th, ahead of Pierre Gasly and Lewis Hamilton, in the Emilia Romagna Grand Prix, Alexander Albon explained that a new rear wing on his Williams had paid dividends.

“I’m really happy with the result today,” he said. “We maximised the opportunities and overtook some cars on track with the pace we had. We had a new rear wing configuration for the weekend which really helped us hold position, and was particularly important in the second half of the race when battling with Gasly.

“It’s a shame that we missed out on points by one place, but we are taking opportunities, doing things differently and showing that we can battle higher up despite not having the fastest car.

“I was hoping DRS would be enabled a little earlier. We had six or seven laps where we were faster than the cars ahead and, with our downforce levels, we could have got past straight away if we’d had DRS. By the time it was enabled I was wishing it hadn’t been.

“Overall, another weekend with plenty of positives for the team to take onwards to Miami.”

Boschung and Campos have found ‘trick’ to F2 starts

After quickly moving into the lead off the line, from fourth, at the start of the Formula 2 feature race in Imola, Ralph Boschung said that his incredible starts this season are down to a ‘trick’ he and his team have discovered.

“I don’t think experience has anything to do with it,” he said, in response to a question from RaceFans. “Campos and I have done a really good job because I think we found a little trick that makes our starts pretty good, actually. So I welcome you guys try and find it out.

“I think only one start was pretty poor, but that was my mistake. Otherwise, I think we proved it, our starts are – we’re just a rocket. So I’m enjoying the trick.”

That was quite unfair I would say…

Something I appreciate about F1 is that it holds within it the central tension of engineering: “we have spent millions of dollars to fine-tune this high performance machine within an inch of maximum achievable capability” and “uhhh. it’s probably fine. we’ll see what happens.”

Grand prix insiders have been long-term supporters of Supercars because of the category’s entertainment value, and that will be a key to any deal to race as an F1 support act. They would also bolster the F1 program in countries where there is little or no national motorsport to provide action outside the Formula One sessions.

On the topic of porpoising, Bernasaurus weighs in with whether it’s a horror show for the drivers

I really don’t think he’s just having a moan for the sake of it. It looks genuinely unpleasant at the very best, at worst the base of his spine is taking a pounding. That car wouldn’t pass a basic road car MOT jumping around like that. Yes, they could raise the ride height, but they’re not. Until they sort it, him and Lewis are going to have some sore bones.
@bernasaurus