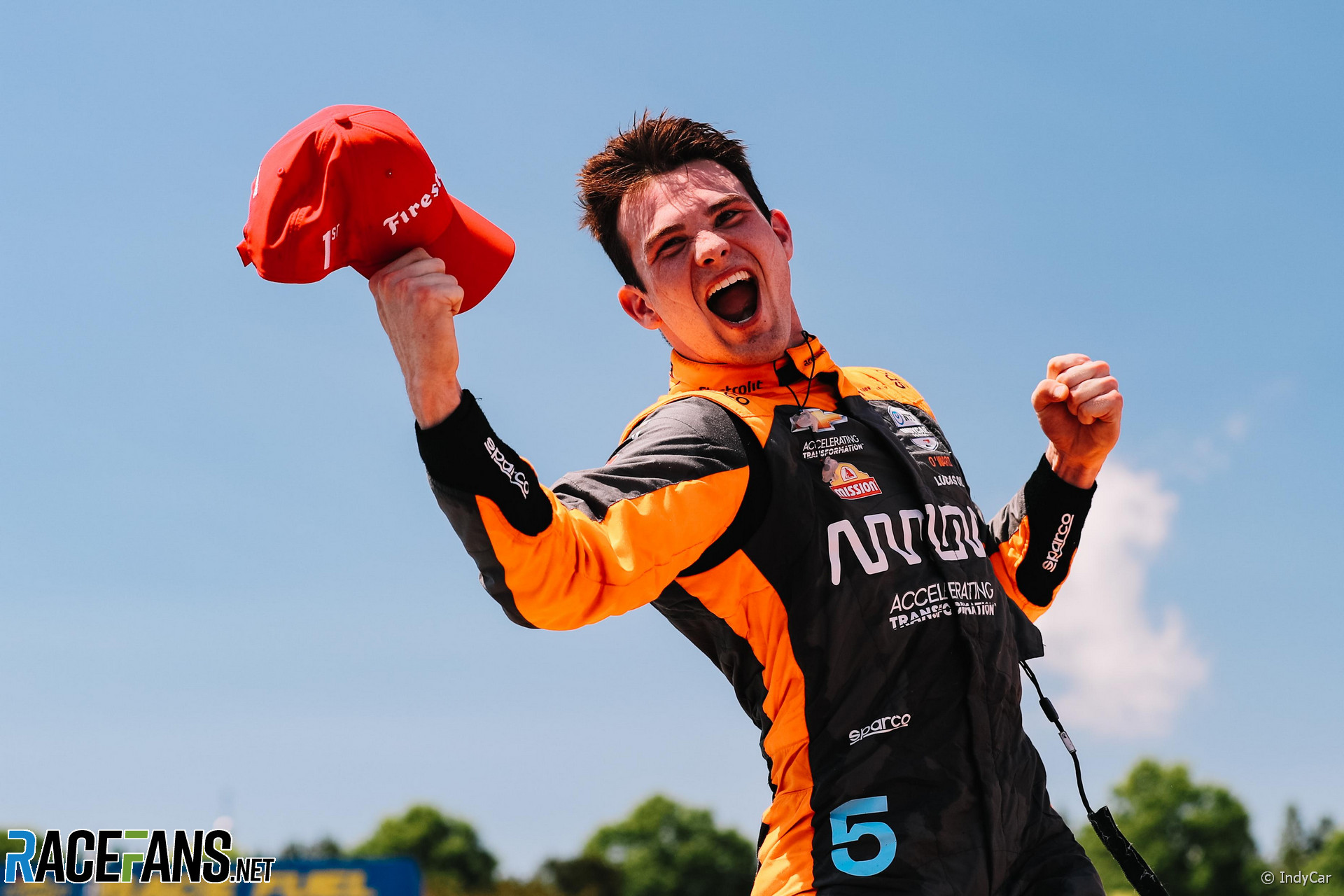 In the first two races of the 2022 IndyCar Series, Pato O’Ward struggled to finishes of 12th at St. Petersburg, Florida, and 15th at Texas Motor Speedway. In the following two races, he finished fifth at the Grand Prix of Long Beach, and picked up his third career victory in the Grand Prix of Alabama at Barber Motorsports Park.

O’Ward was clearly frustrated over his on-track form at the start of the year. He had won two races last year, and was a championship contender until the final race of the season – ultimately finishing third in points.

One of his rewards for his IndyCar success was a test drive for the McLaren F1 team at the post-season Young Driver Test in Abu Dhabi. O’Ward seemed in the frame for a McLaren F1 drive in the near future – but that became complicated when Andretti Autosport driver Colton Herta signed on as a McLaren test driver for the season.

That sparked rumours of a rift between driver and team, and suggestions O’Ward would move on, if not at the end of this season, then at the end of his current contract.

Before Alabama things had begun to look better. And afterwards the picture was distinctly rosier. “It sucks to be at war within your own team, right?” O’Ward said after the race, tongue planted firmly in cheek.

“I’m glad there have been very positive talks for the future. I wanted to do it for these guys,” O’Ward remarked. “I was tired of being tenth and 11th and fifth, so I said, ‘Let’s get a win under our belts so we can claw our way back into the championship fight.'”

After overtaking Rinus VeeKay on track following their final pit stops, the number five Dallara-Chevrolet of O’Ward had more than enough to fend off Álex Palou and take home a crucial victory. It has put O’Ward within 30 points of the championship leader after four races.

Even beyond the implications of finally putting together an early push for the championship, this win at Barber Motorsports Park couldn’t have come at a better time for the young driver nicknamed “The Ninja” for his lightning-quick reflexes at the wheel.

Tuning out the chatter about leaving McLaren SP, O’Ward is optimistic he will firm up a contract extension with his current team.

“I’d say it’s close, but honestly, we’re into the season already, so […] I don’t want to worry about it,” O’Ward said of his current contract negotiations.

“I think things will shape up. There’s been very positive conversations. The vibe in the team is fantastic. I think that’s what we need going into the month of May. The rest will take care of itself.”

Even when they struggled early in the year, Taylor Kiel, president of McLaren SP, knew his team wasn’t far off returning to the top step of the podium.

“It’s huge for us,” Kiel said of his team’s victory. “We knew we had this potential all year long. We had a rough start to the season, but it’s nice to get back on track, perform how we know how to, ultimately bring a win back home for everybody that works at Arrow McLaren SP and our extended family at McLaren. I think it’s a big boost for us heading into the month of May.”

“We identified our issues last year where we lacked, and we’re getting better. From my side, I think I’m doing the best job that I can in order for us to make those steps.”

When asked about O’Ward’s comments on the pending contract extension, Kiel elected only to affirm what his driver said: “We’re in a good place.”

Promise of a Formula 1 seat in the near future or not, Pato O’Ward has always seemed an outstanding fit within McLaren SP, which made their somewhat rocky start to the season all the more surprising.

Which then leaves another question yet to be answered of O’Ward’s team mate. Felix Rosenqvist had another promising weekend without the desired result; he finished 16th after starting sixth, fading late in the race. Rosenqvist is off to another sluggish start in his second season at McLaren SP, leaving his future with the team to be less than certain.

For now, Kiel isn’t rushing a call on the driver of his number seven car. “Ultimately for us, I think we want to take our time with any driver decision.

“His situation, as I’ve talked about it quite a bit – for us, we want to get through a lot of the season, just kind of understand where we’re at. I want to take more of a sample size than what we’ve got. We’ll make that decision when the time’s right and you guys will know.”

RaceFans is run thanks in part to the generous support of itsreaders. By contributing £1 per month or £12 per year (or the same in whichever currency you use) you can help cover the costs of creating, hosting and developing RaceFans today and in the future.