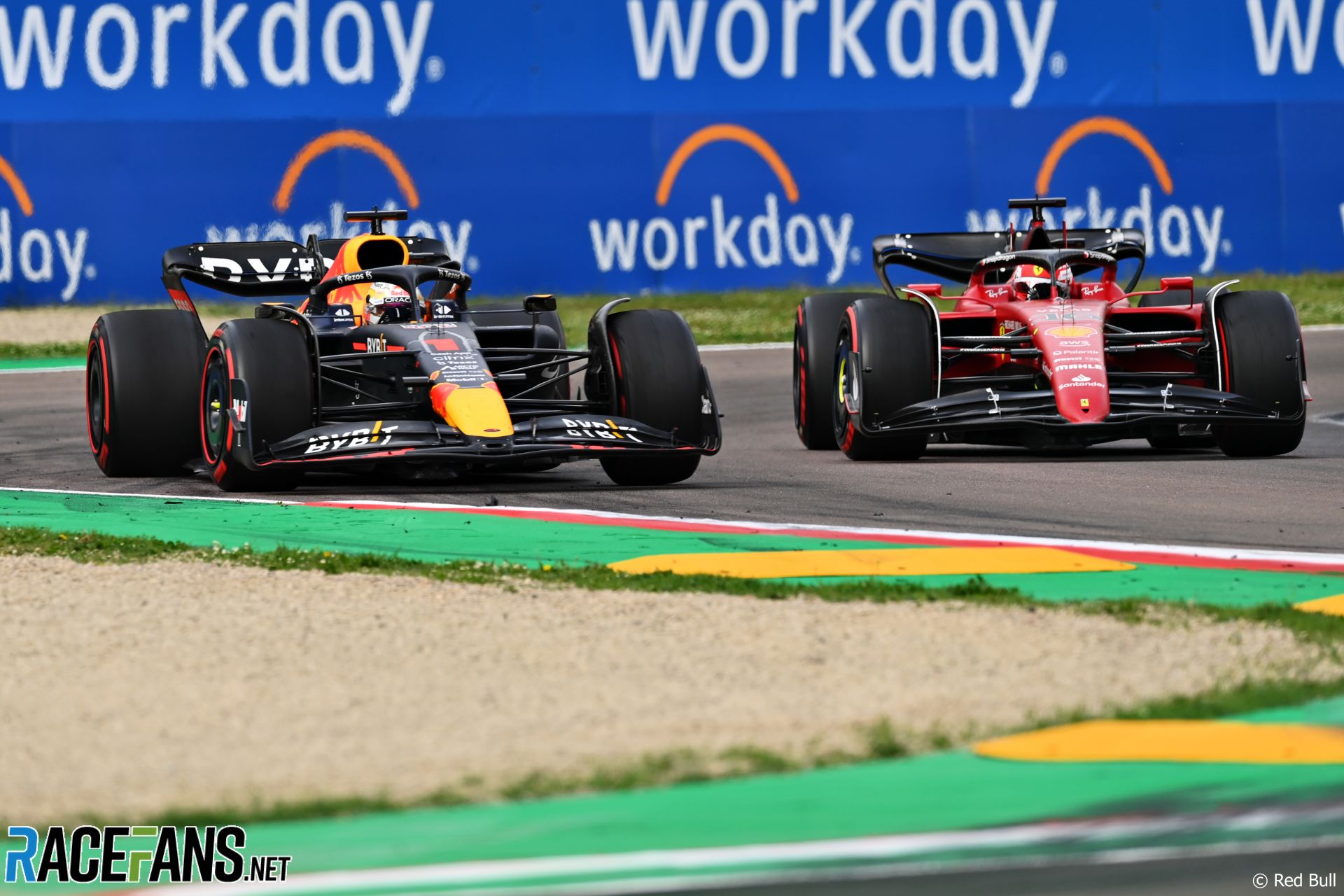 The Red Bull driver was involved in a series of incidents with title rival Lewis Hamilton during 2021. He has fought closely with current points leader Charles Leclerc at times over this year’s opening races, but the pair haven’t tangled on track so far.

“It’s been really good battles, I think we really enjoyed it,” said Verstappen in today’s FIA press conference. “I just hope that for the rest of the season we can continue what we have been doing so far.

“For me, winning a championship doesn’t really change that in terms of how I’m battling. I still want to, of course win and try to be ahead, but you also need to be realistic at times if that’s possible or not when you go into battle.”

Verstappen and Leclerc were rivals before they arrived in F1. “It’s nice and it feels almost like back in the day,” he said. “In go-karting, we just grew personally, but also we just have more experience. I think in general that of course makes the racing even better.

“But it’s good to see that the young guys are now moving into the top teams and they’re all fighting for wins. It’s a natural process but I really enjoy it. Also, a lot of drivers who are in Formula 1 at the moment are the ones I used to race against in go-karts. And I’m very happy that everyone found a place in F1.”

Verstappen scored his second win of the season at the last race in Imola while Leclerc spun and fell to sixth. Red Bull have not brought updates for their car this weekend, and Verstappen says ensuring they get on top of their tyre performance at the new Miami International Autodrome will be key to their performance.

“In Imola specifically it was a very hectic weekend with the sprint qualifying as well and the changing conditions. So whatever [updates] you bring there, with those difficult conditions I think it was more about just actually nailing a lap, making sure the tyres were working and not making a mistake under braking or whatever, hitting a kerb wrong or braking on the white line and actually finding whatever the performance upgrade is.

“I do think now, of course, we’ll go into the second weekend with that [upgrade], it’s a new track, we don’t know the grip level. It’s a street circuit.

“Again it’s going to be about just trying to maximise the warm-up with the tyres, the degradation. But of course every single bit on the car now which gives you more lap time will of course naturally help a bit, as long as the conditions are not going to be like Imola.”