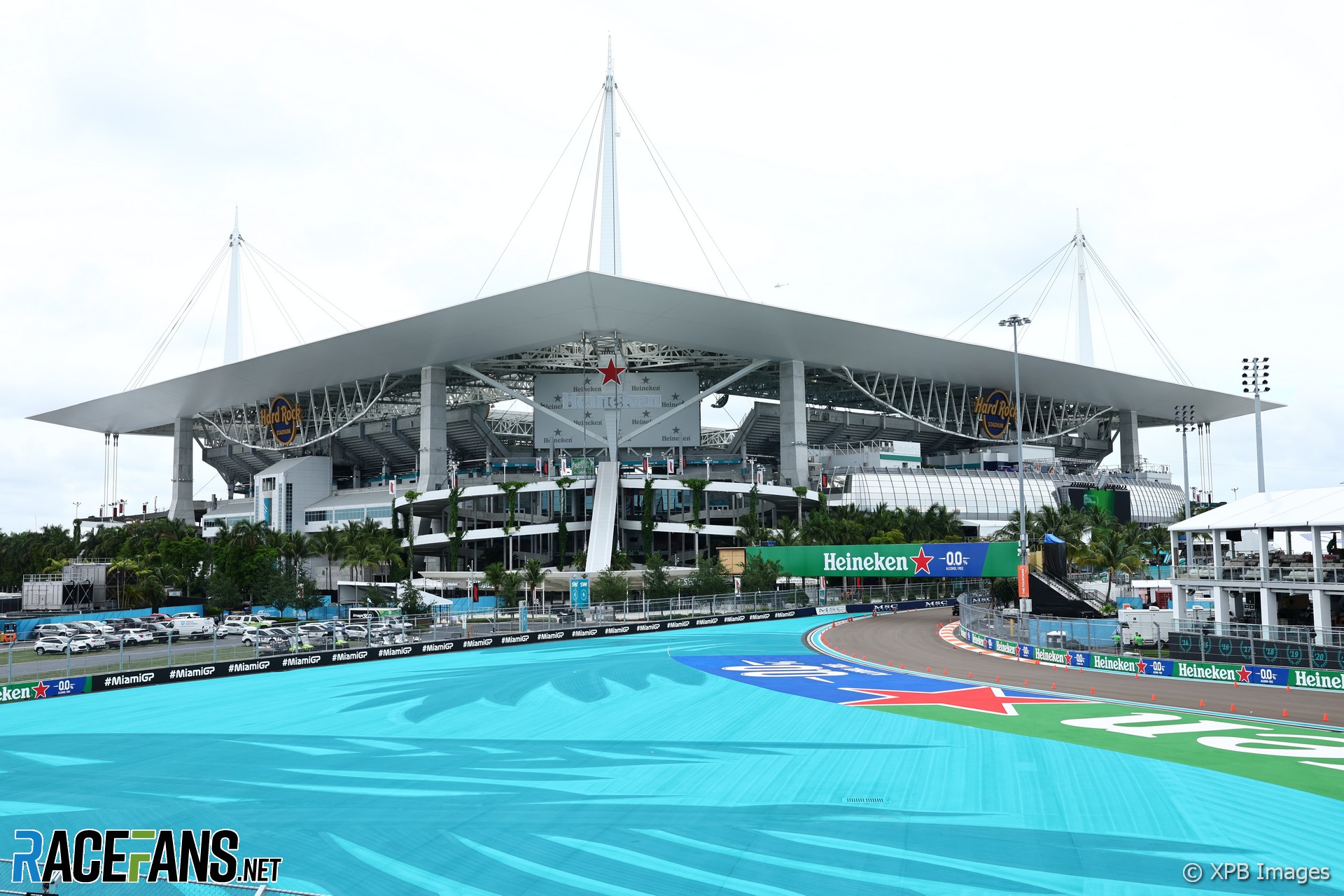 The Miami International Autodrome had to undergo minor repairs ahead of today’s first Formula 1 practice session.

However Miami Grand Prix CEO Richard Cregan is confident the fixes will cause no disruption to the event.

“We’re okay with that,” he said in response to a question from RaceFans. “We had a look at that after the sessions yesterday and we’re fine.”

The surface was worked on overnight at turns seven and 17. “We did some localised repairs and it’s all okay,” said Cregan. “The clerk of the course, race director, everybody is happy with it so we’re in a good place.”

The 5.4-kilometre circuit has been laid out in the grounds of the Hard Rock Stadium. Cregan is happy with its configuration, including the unusually tight and narrow turns 14, 15 and 16.

“That combination is going to be amazing,” he said. “So I’m pretty sure we’re not going to touch that one.”

Cregan said future changes to the event could be made to increase attendance, which is limited to 82,500 per day this year.

“We kept the attendance at a manageable level for this year because we want to get it right,” he said. “We have to be sure that we’re going to get all the elements correct and then we’ll see next year how we can improve.

“We have the possibility to increase grandstands and then we’ll see where and if we do that. We may decide to keep the event as it is. It’s based on demand. We’ve had huge demand from day one.”

However he is also keen to ensure the event offers new attractions to returning visitors in the future.

“That’s always something for fans that they want,” he said. “They want to come and see great racing but they want to be entertained and we need to look at different ways of doing that.

“We do the 10-day open tennis so we want to make sure that when the tennis is over, which is an amazing event, we utilise the stadium. So one area we will look at for next year is that stadium and the field, how we can utilise it better.”