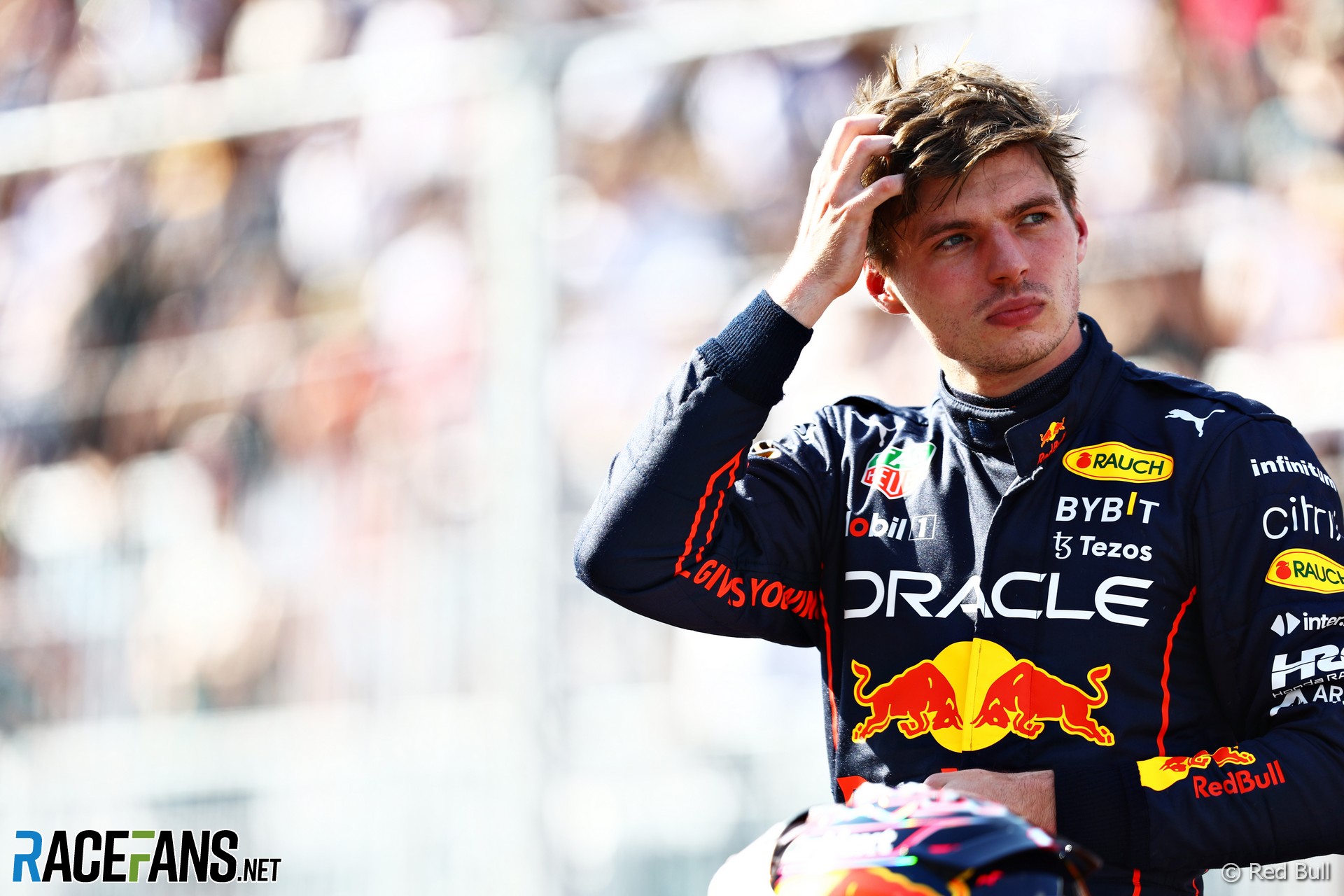 Max Verstappen says that Red Bull “can’t afford” to have race weekends disrupted by problems with their car as they battle against Ferrari this season.

Charles Leclerc and Carlos Sainz Jnr locked out the front row of the grid for today’s Miami Grand Prix with Verstappen taking third on the grid ahead of team mate Sergio Perez.

Verstappen’s Friday running was heavily compromised by overheating problems that limited his running in first practice before further problems meant he was unable to set a single timed lap in the second session. On Saturday Verstappen managed 20 laps in third practice but spun at the end of the session, pitting before the chequered flag.

The spin meant that Verstappen has not carried out a single practice start heading into today’s race, leaving him unsure about his prospects of beating the Ferraris off the line.

“I haven’t even done a start so I don’t even know how that’s going to go,” said Verstappen. “I haven’t seen any other starts and I honestly cannot tell you because I haven’t done a start on the left side or on the right-hand side.

“That just sums up my weekend – it’s just been incredibly messy. We just make it super-difficult for ourselves. Basically [only] four or five laps yesterday, then you start today still learning the track, try to find a set-up because yesterday you have no clue what works, because there’s not really a lot of data to look at.

“I’m of course still pleased to be in third position and actually be very close to the guys next to me but I think we can do so much better by just actually operating a bit cleaner and smoother.”

Verstappen says that having limited running at an entirely new track is something the team “cannot afford” when they are fighting with Ferrari for victories this season.

“You cannot afford that on a new track, like this, and a street circuit in general, because it’s very critical to just do laps and understand the car and get in a rhythm,” he said. “On a normal track, it’s quite easy to get in a rhythm. On a street circuit, it’s a lot more difficult and we basically failed on that side.

“I think in general, we are experienced enough to catch up quite a lot of it, but to really fight – especially against a strong team like that – you cannot afford it. Of course, we still got close, but I think we could have done a much better job today if we had a cleaner Friday.”

Verstappen had been in contention for pole position despite his lack of practice time, but a mistake at turn five on his final Q3 effort provided an opportunity for Ferrari to capitalise, with both Leclerc and Sainz jumping ahead of him on the grid.

“[It was] a bit of a weird moment to lose the car but again, it’s just not really knowing the limits, I guess, and just trying a bit more,” Verstappen explained. “Then suddenly it snapped in turn five and I tried to keep it on the road but that didn’t really work. So then I aborted of course, I tried to stay out of the way of the cars behind me. But yeah, a bit odd the way it snapped, but these things can happen.”

With Red Bull having higher top speed than the Ferraris along the two long straights around the Miami course, Verstappen is hopeful that he will be able to take advantage of that in today’s race.

“I think overall the car is competitive. We have good top speed again, I hope that is something which can help us tomorrow.

“It’s going to be super warm, so you also don’t know what’s going to happen with the tyres entirely. Because I think, all of us, we don’t really have a proper long run. So, there’s still a lot of question marks. But of course, I would have preferred to start a little bit ahead.”