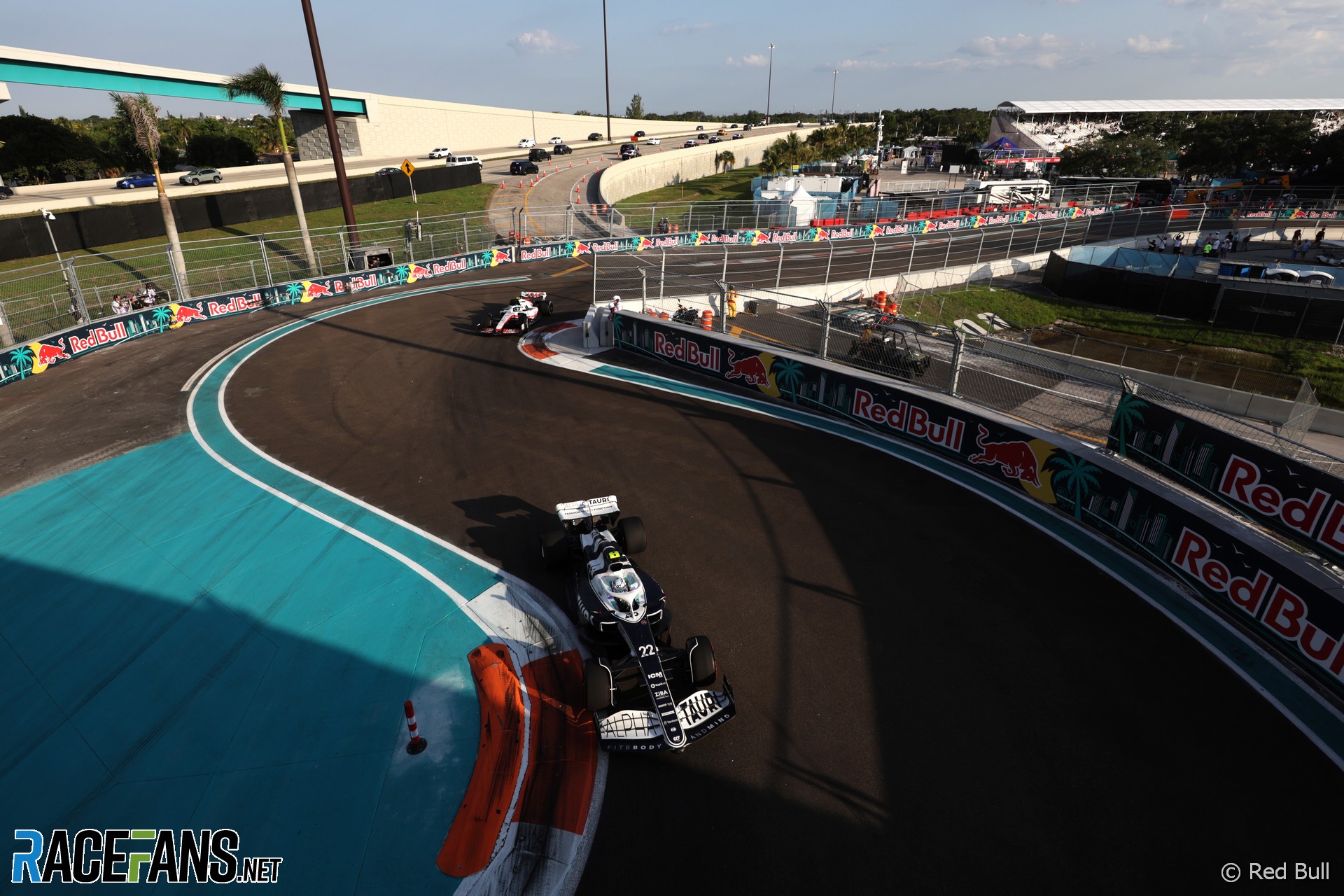 Formula 1 will consider adapting the turn 14-15 chicane in Miami which was criticised by drivers, motorsport director Ross Brawn has said.

Drivers voiced concerns over the slow chicane and its surrounding barriers, where Carlos Sainz and Esteban Ocon suffered heavy crashes. No changes were made to the circuit over the weekend but Ross Brawn told the official F1 channel the chicane could be revised for future events.

“I think it can be tuned,” he said. “Those sort of complexes are always very sensitive to kerb placement and the line.”

The chicane exists in order to slow cars before the next corner, turn 16, due to the lack of space for run-off at that point on the circuit. “It’s a necessity because of the the turnpike that’s there,” said Brawn. “But I think with the experience of this year, we can tune it, we can look at car placement, we can look at how the corner entry works and so on.”

“You have to remember this is a street circuit and we sometimes forget that when we see some of the fast, open corners we’ve managed to create,” he added.

“Street circuits are challenging, they should have a variety of challenges. And the great thing about this street circuit is I think you’ll have some great racing opportunities.”

Sainz said he saw the need for the chicane but hopes it will be revised. “I think it’s still needed because there’s not a lot of space there and you need to be quite slow approaching 16 because there’s no run-off,” commented the Ferrari driver.

“It’s a new track, you’re always going to go through these phases and we’re already in touch with FOM, with Ross and his team to actually sort it out and put together a better piece of circuit.”

Miami Grand Prix winner Max Verstappen added that “I think if I would have been in a go kart, it would be a nice chicane to take, but not in an F1 car like we have at the moment.

“I remember in the four laps I did on Friday, I almost knocked myself out because I hit the first kerb and your head just bounced from left to right, like at least five, six times, but really bad.

“If you just take it a tiny bit too much, just because it’s so long, so wide, so stiff and super heavy that little kerb what it is, it’s just not made for it to be honest.”

Charles Leclerc was one of few drivers to defend the corner. “I enjoyed it,” he said. “But on the other hand, I agree that for racing action, I think we can do something better because following wasn’t easy on that part.

“Also for visibility it’s quite difficult once you have a car in front because you need to be so precise on the kerbs, as mentioned already. That it makes it even more difficult to follow. But apart from that I actually quite enjoyed it.”