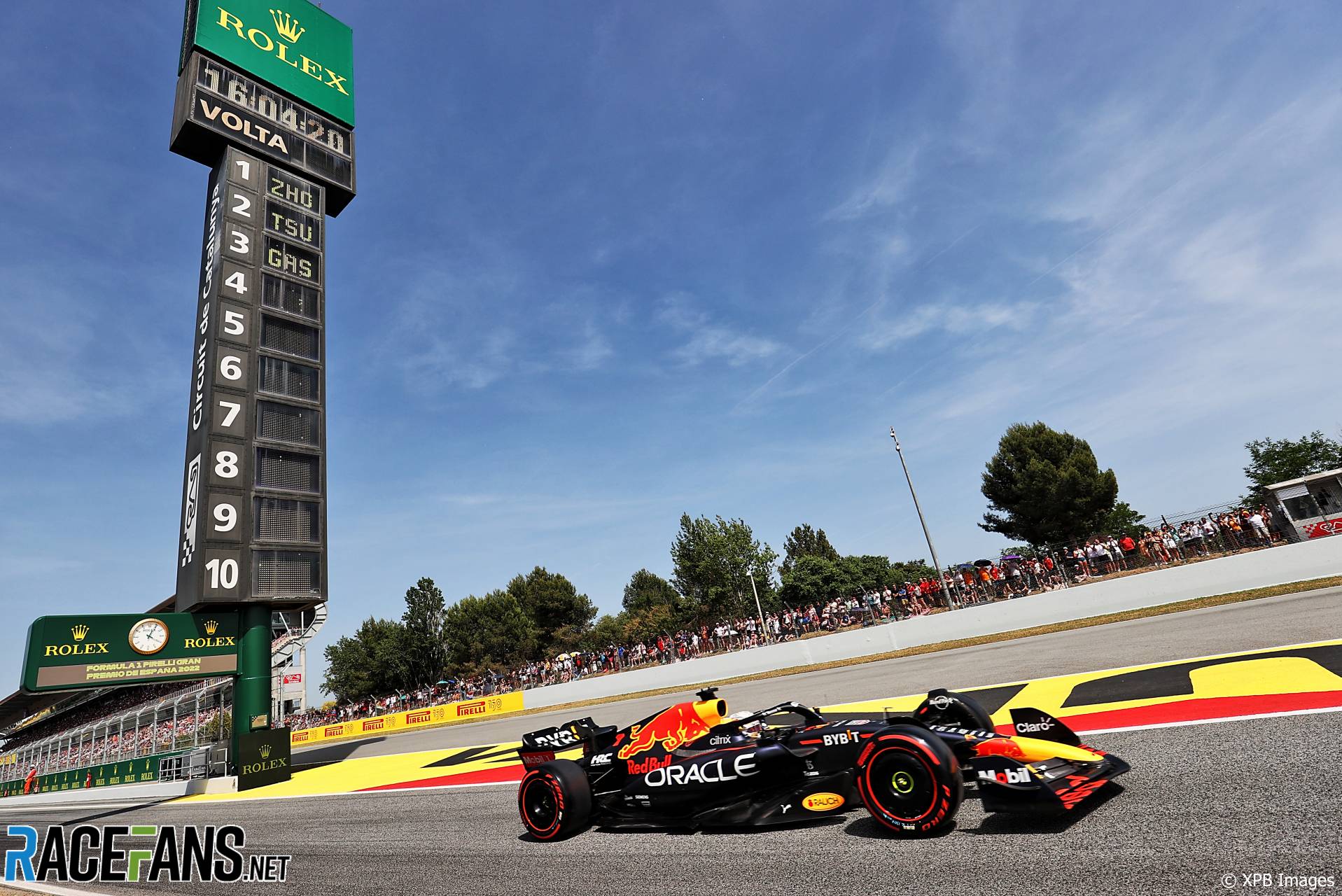 Max Verstappen missed out on pole position for the Spanish Grand Prix after his DRS did not open as he began his final lap.

The Red Bull driver had taken provisional pole position with his first run in Q1 after championship leader Charles Leclerc spun. But with Verstappen unable to improve on his final try, the Ferrari driver beat him to pole position.

After the session ended Verstappen was unsure why he had been slow on the straight. “It’s always difficult to tell,” he said. “On my final run either the DRS didn’t open or I just lost power.

“So it’s a bit of a shame. But overall, to be on the front row here, looking at the whole weekend so far, I think was a good achievement. But of course I would’ve liked to go for the final run.”

Team principal Christian Horner confirmed afterwards that Verstappen had not suffered a recurrence of the power unit problems they experienced earlier in the season.

“It wasn’t power in the end it was the DRS that didn’t open,” he told Sky. “Obviously we need to get the car back to understand what’s caused that because it opened on the back straight just as a check as he came back into the pits.

“But I don’t think we had enough today to beat that lap of Charles. A great lap by him under pressure at the end. I’m still pleased with a front row start.”

Despite having missed out on pole position, Verstappen is hopeful Red Bull’s performance over a race stint will allow him to take the fight to Leclerc.

“The last two races we seem pretty decent on the tyres. Of course tomorrow again will be very hot, very warm. This track will be quite tough to pass but we’ll see.

“Hopefully our car will be a bit kinder on the tyres but it’s a bit difficult to tell at the moment.”